I recently bought a helmet for the track. It’s rated SA2010. This replaces my old SA95 helmet, which I’ve been wearing just to look cool at go-kart tracks (they’re quite fashionable). 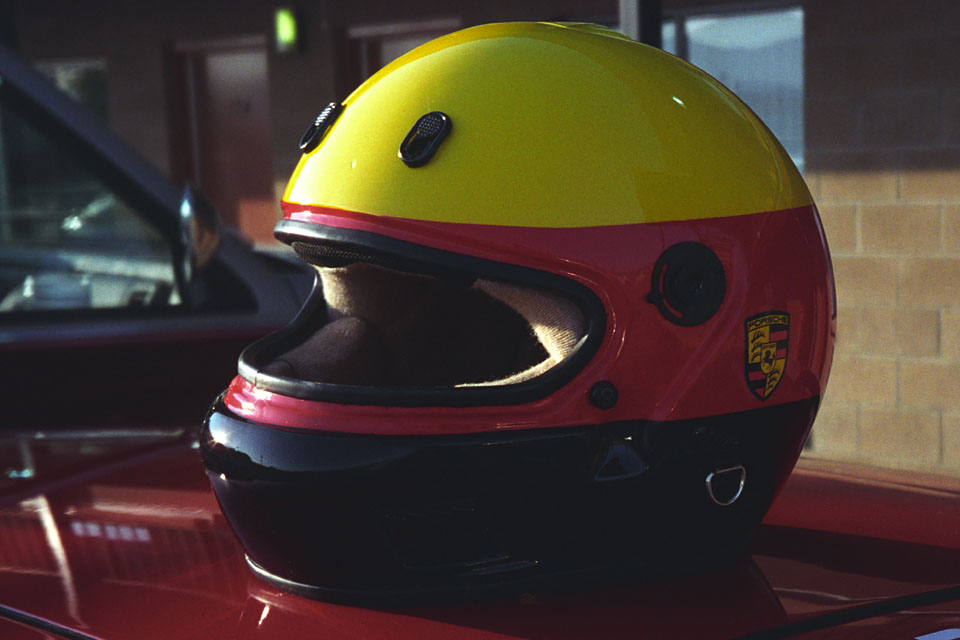 This really intimidates the little kids at the go-kart tracks. Once they start crying, you can easily put them into the tire wall.

I want to say that I spent a lot of time researching this helmet, but that would be like telling stories on the internet. To be honest, I was looking for the same helmet as the Stig wears, but ultimately decided that the Simpson Diamondback was a bit too expensive, and the Bandit didn’t quite appeal to me.

Instead I looked for the cheapest SA2010 full face helmet that didn’t look dorky. In the end I chose the Bell M4 in black, because black is slimming. 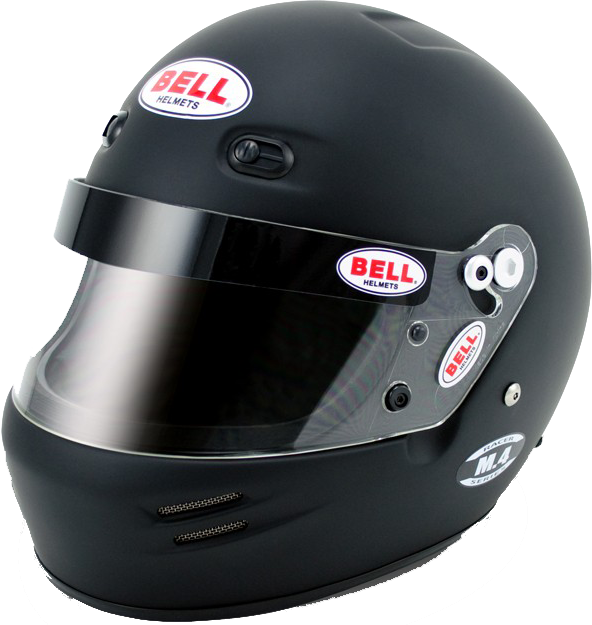 “American stuntmen are smart—they think about safety. When they do a jump in a car, they calculate everything: the speed, the distance. But in Hong Kong, we don’t know how to count. Everything we do is a guess. If you’ve got the guts, you do it. All of my stuntmen have gotten hurt.”
–Jackie Chan

With the thought that my helmet choices are strictly fashion related, I recently attended a safety talk by John Melvin, a member of my car club. John had worked for UMTRI (University of Michigan Transport Research Institute) and GM Research. He’s worked with both the IndyCar series and NASCAR on driver safety.

His talk covered safety equipment for cars on the track. He talked about helmets, HANS, nets, and seats. He showed videos of seemingly innocuous crashes where the driver died, and videos where the only identifiable parts of the cars was a wheel in the vicinity of the crash but the driver turned out all right.

We saw videos of a sled test where a test dummy ends up kissing his own belly button while wearing a seat belt. I’ve seen barrier test videos from years of working in the airbag industry, but never with a dummy wearing a helmet. That’s a lot of additional weight that adds to the momentum of the head.

He showed data why a 6-point harness is better than a 5-point harness, and why an SFI-rated 2-inch harness is as good as a 3-inch one. He explained how the HANS (head and neck support) device minimizes basal skull fractures (and the associated probability of bleeding out from a severed carotid artery). The list of race car drivers that have died from this injury is long and sad.

John basically put the fear of God in all of us.

At the end of the presentation we were all mentally calculating the cost of all of this safety equipment. Real racing seats can cost from $2,500 to $10,000 each. Most guys I know with aftermarket seats spend $500-$1,500. A 6-point harness is about $350. Then there are nets and harness/roll bars. And in our club, a car on the track must have equal seats and restraints on both the driver and passenger side, which doubles the costs.

The question becomes how much is my time in a hospital (or cemetery) worth? And why am I driving around with just a 3-point seatbelt with all these wackos behind the wheel all around me?

I once had my 944 Turbo in Germany for a year. After observing what driving on the autobahn and the Nürburgring was like, I decided to put a roll bar in the 944 before shipping it to Germany. Whenever I drove it on the ’Ring, I wore my helmet and 5-point harness. That was about the right level of safety equipment for the situation.

“Experience is simply the name we give our mistakes.”
–Oscar Wilde

That was a long introduction to say that the picture below truly freaks me out (just like @natalieneff). 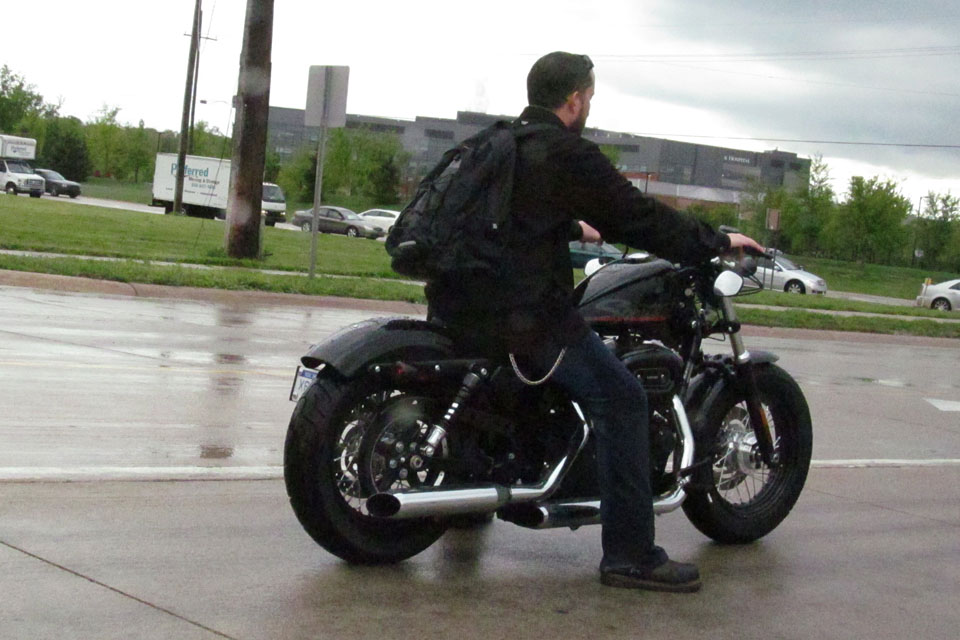 I can’t even ride a bicycle a couple of blocks to the hardware store without a helmet. And yes, this guy is pretty wet from the rain today.

Michigan apparently changed its motorcycle helmet law. I read about this possibility some time ago, but I didn’t think it would actually go through. I know states out West and some around Michigan have not required helmets for many years. But we’re talking about Ohioans here, so I never cared.

Just to be clear, I love motorcycles. I’m going to steal my own material here, but as much as I love motorcycles, I can never, ever ride one. Ever. Because if I do, I will twist the throttle too hard, causing the motorcycle to wheelie and flip high up in the air, then fall on top of me, crushing me to death in my own driveway. In other words, it’s a probabilistic certainty that a motorcycle for me is a bad idea.

If you’re on a motorcycle, you should wear as much personal armor as you can carry. Have you seen how people drive? They don’t see other cars, let alone motorcycles. A helmet is a really good place to start. I could link about a helmet protestor getting killed for not wearing a helmet. This may seem ironic, but it’s actually statistical. I could go on about more statistics of helmet usage, but I can boil it down to this question: do you want to end up like Gary Busey after his motorcycle accident?

Maybe what we really need is the fear of Darwin in us.