I’m a pretty rotten friend. I’ve let an old buddy, my 1989 944 Turbo, languish in the garage, buried under the debris of family. 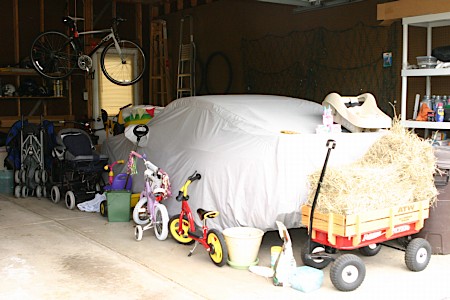 Yes, bales of hay are involved. Our homeowners’ association makes us keep the goats and chickens out back.

“We are all travelers in the wilderness of this world, and the best that we can find in our travels is an honest friend.”
—Robert Louis Stevenson

The 944 and I have been together since 1994. Back then it was considered a fast car, and I was skinny. Today, my daily driver (complete with two child seats) will run rings around it, and I have to drag my butt out of bed at 4 am to run, just to be not fat.

My first major trip with the 944 was in 1995 to Edmonton and back. The following two years we travelled to Battle Mountain, Nevada to run the Pony Express 100 (coming 2nd in class once). We’ve been on race tracks around the country, from Road Atlanta to Road America. We’ve been to Pike’s Peak and the Nürburgring Nordschleife. We’ve gone down the Mulsanne Straight in the rain, and tried to follow the route from Rendezvous in Paris. I was able to do this back in pre-historic times— pre-wife, pre-house, pre-kids. 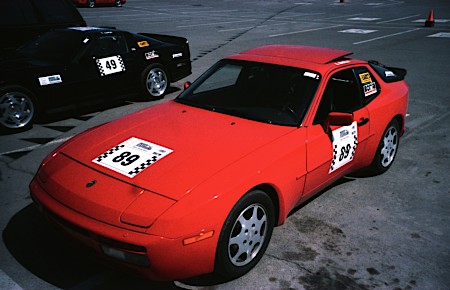 The 944 during happier times.

Today we both tend to sit around a lot. Our reflexes aren’t what they used to be, and we both occasionally emit strange, unnatural noises. We both probably have more back pressure than before. We remember being faster than what we are now. And we’re both getting to the point where we just talk about our glory days (actually, we’re there now).

I used to drive the 944 year round. I’ve been dumb enough to get caught in ice storms and blizzards with my summer tires. We’ve driven through the desert in July. Nowadays, if the forecast doesn’t call for at least a week’s worth of sun, I won’t even bother taking the car cover off.

On sunny Saturday mornings, I used to get up early to wash the 944 and drive for a couple hundred miles with no particular place to go. Now on those sunny weekend mornings I think, wow, I can mow the lawn today.

As I write this, it’s July, and I still haven’t restored my insurance coverage for it this year. I disconnected the battery trickle charger sometime during the last recession, so the battery is probably dead. A flock (gaggle? brood? covey?) of lemurs could be living in it by now for all I know.

I find it sad how little time I spend with the 944, and how little energy I have to do anything about it. Who put Old Pills in my water? Who snuck in and made me a grown up? Where did these kids come from? Wait— I might know the answer to that last one. 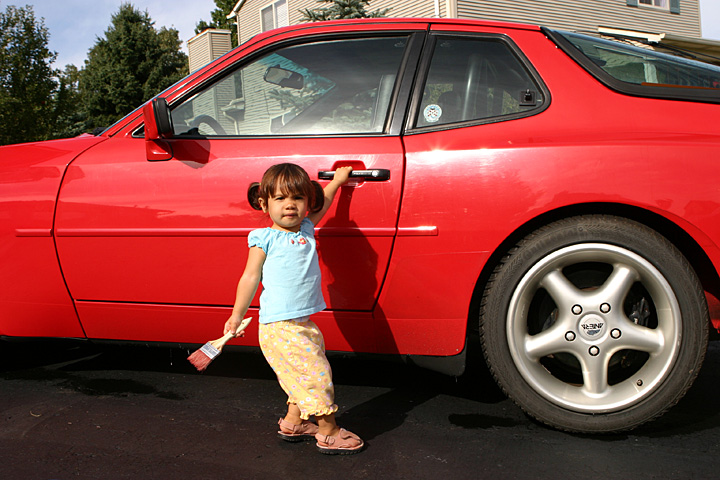 “Daddy, can I paint your car pink?”

If anyone is looking for me, I’ll be in the corner of my garage crying in my Mountain Dew.