“By the Time I Get to Phoenix”

In Random, Road Trips and Events

As I’m wont to do, I was putting my trip notes from our family vacation last summer to the Grand Canyon into an Excel spreadsheet. I have many reasons for logging my trip notes, but the primary one is generally to procrastinate from doing something, like filing my taxes.

The song “By the Time I Get to Phoenix” by Glen Campbell popped up in my playlist as I was doing this. This song was written by Jimmy Webb and recorded by Glen Campbell some 55 years ago (1967 if you’re mathing). Frank Sinatra once called it “the greatest torch song ever written.”1https://www.ft.com/content/70e7a336-3173-11e6-bda0-04585c31b153 It was also one of the songs on my dad’s 8-track collection we would play on our cross-country trips. So it just happens to be a song I like a lot for many reasons.

As I listened to the lyrics, thoughts from years ago started flooding back into my head, like: Where is he driving from? What made him leave? Where’s he going? So to show off my multi-tasking skill of procrastination, I decided to investigate these questions and, of course, write about it.

By the time I get to Phoenix
She’ll be rising

In my moderate research of this song, it seems people believe the narrator was leaving from Los Angeles, so I’ll go with that. To get to Phoenix, he would probably take the I-10 freeway, which should have existed back in the 1960s. Route 66 would take you further north to Flagstaff.2Meanwhile some listeners cavilled at the timings ascribed to the “Phoenix” route, even producing maps to show how improbable they were. “Sometimes as a writer you come to a decision like that and you just flip a coin,” the composer responded in the 2011 book Chicken Soup for the Soul: Country Music. “You could try ‘By the Time I get to Flagstaff’, but does it work as well?” (ibid) According to Google, it takes about 6 hours today to make that trip. I don’t know when “she’ll be rising,” but let’s say between 6-8 am. That means leaving L.A. around midnight to 2 am and driving until the morning sun shines into his eyes as he gets to Phoenix.

On one of our vacations, my dad had us wake up at midnight and pile into our Chevy van while still in our pajamas. He wanted to get past Chicago early to avoid its rush hour, which is always a good idea. So leaving L.A. after midnight isn’t unreasonable to me. I’m sure its traffic was bad back then, too.

By the time I make Albuquerque
She’ll be working
She’ll probably stop at lunch,
And give me a call.

From Phoenix to Albuquerque is a bit over 6 hours. I would have probably taken I-15 to I-40 if I was coming from L.A., but I’m not sure if those were around back then. I’ll give him the benefit of the doubt. He might have had to drive around wild fires. In any case, his story still checks out. It would be around lunch time in L.A. when he reaches Albuquerque.

By the time I make Oklahoma
She’ll be sleeping

I-40 due west from Albuquerque will take you past Amarillo, TX into Oklahoma. This trip to the Oklahoma border would take about 6 hours. That would have her going to bed around 6-8 pm, which seems a bit early. Maybe he expected construction traffic along the way, or he had to take a break after driving around 18 hours. We’ll just say that she’s in bed by 9 pm. Remember, this was before Netflix so people probably just went to bed early.

Maybe he stayed the night at the Camelot Suites in Amarillo, TX (circa 2000) 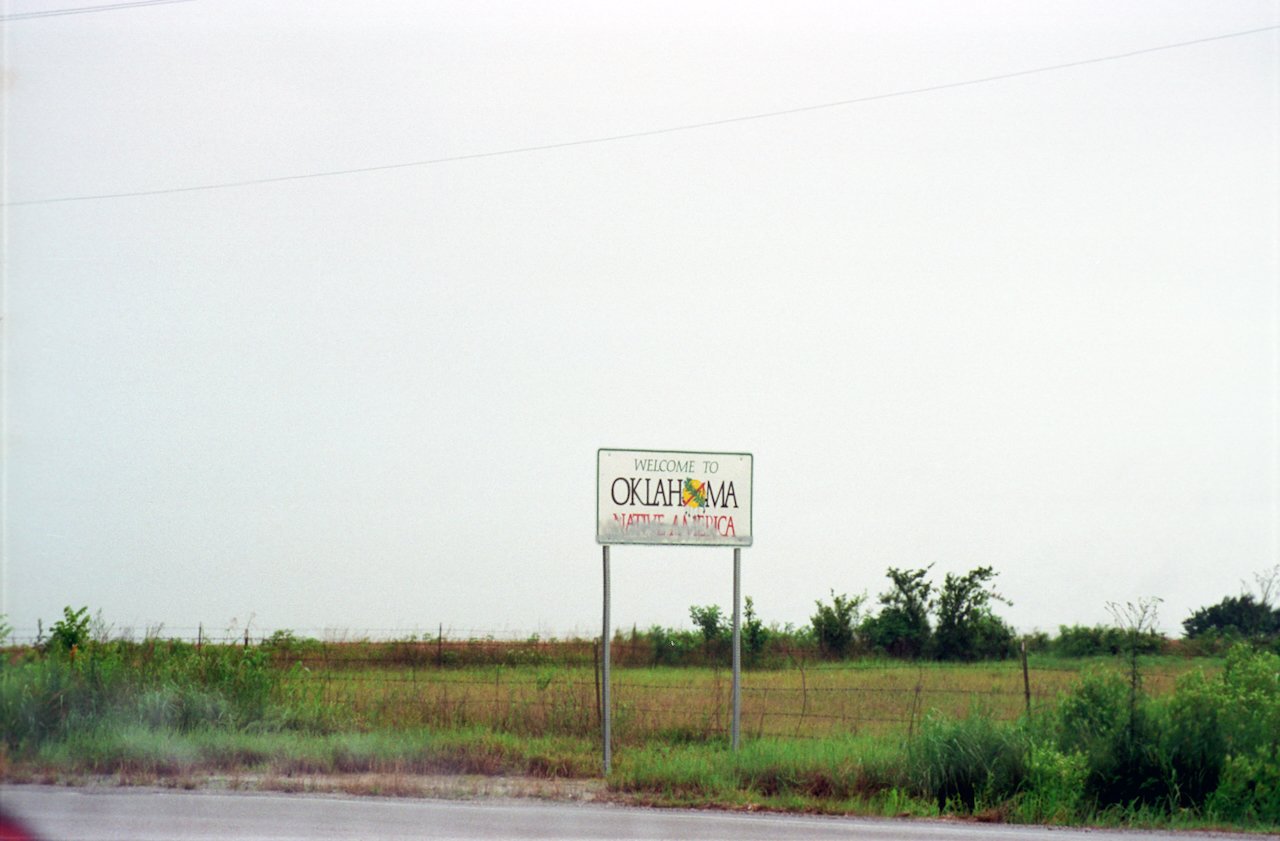 So the timing in the song seems reasonable. The route was a bit dubious, but this was before Google Maps. I’m assuming people just pointed their cars in the general direction they want to go and asked directions along the way.

It’s hard to say how much the conditions in the 1960s differ from today and how they would affect driving times. I’m guessing he’s driving a pick-up that gets bad gas mileage compared to today, which means a lot more fill-ups—just one of the many variabilities that can creep into this analysis. Maybe one day I’ll try this route out to see how it’s changed over the years.

I just wish there were more verses so we can find out where his final destination is to see if Google Maps has a better route.

But beyond his inefficient route, one of my other thoughts about this song questions the type of relationship this couple had. I still don’t know why he left. Let’s go back to Oklahoma.

By the time I make Oklahoma
She’ll be sleeping.
She’ll turn softly and call my name out low.
And she’ll cry just to think I’d really leave her.
Though time and time I’ve tried to tell her so,
She just didn’t know,
I would really go.

So what kind of relation would you have where you keep saying you’re going to leave? The feeling of the song is he still loves her, but something keeps making him want to leave? In my mind, he’s trying to rationalize something. To be honest, I don’t know who’s side I’m on here.

Isaac Hayes to the Rescue

And then I found another version of the song by Isaac Hayes from his album, Hot Buttered Soul. He gives his own back story of the narrator that justifies his actions. And it doesn’t even matter if I agree with this version of the story or not, because the narrator’s motivations are laid bare.3She keeps cheating on him, but he loves her so although he keeps saying he’s going to leave, he stays because he still loves her. It’s a reasonable scenario where he keeps trying to leave but just couldn’t go through with it. And more importantly, it seems we know now where he might be going—back to Tennessee, probably around Nashville, which makes the route plausible.

But now I have to get off this musical detour and get back to logging my trip notes.

By the time I file my taxes,
It’ll be midnight.