I wrote back in 2007 that the attendance for the Detroit auto show (North American International Auto Show—NAIAS) was down for the fourth consecutive year. The downward trend continued until 2009. Since then, it’s steadily grown again, hitting 795,416 attendees in 2013. That’s close to the all-time record of 808,833 in 2003[1].

The improvement in the economy is certainly one explanation for the upward trend, but I’m hoping that improved products is the main reason. I think people want to see the great cars manufacturers are making today. 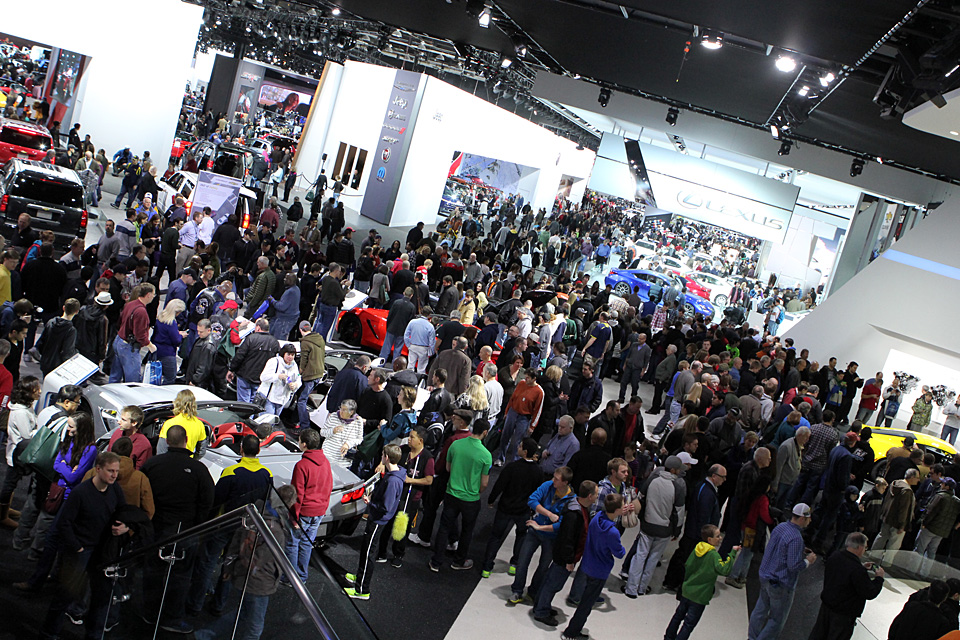 Opening day for the public at the 2014 NAIAS

It’s a bit odd to call the Porsche 911 Targa retro, as the iconic 911 design is always retro. The silver “hoop” at the b-pillar does a good job of recalling the original Targa. Since the first car model I built when I was young was a 911 Targa, that makes it extra retro for me. 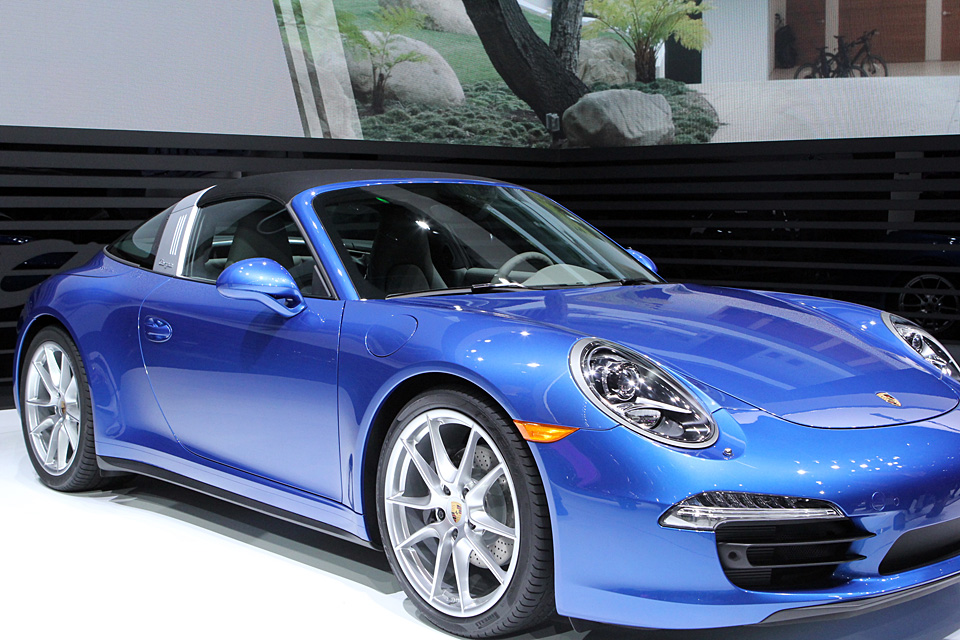 I don’t know if the Cadillac Elmiraj was a static concept, but my son found it shocking. 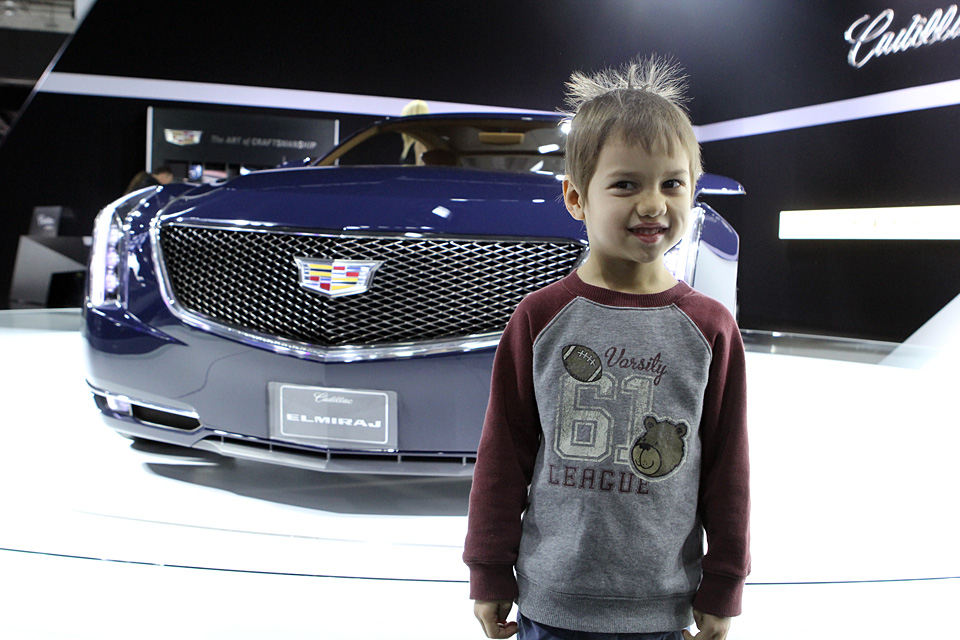 The Infiniti Q50 Eau Rouge had a dark metallic red paint that stood out from the typical red paints in the show. Eau Rouge is the name of a corner on the racetrack Circuit de Spa-Francorchamps in Spa, Belgium, but it is also a river in Belgium with red rocks, where it gets its name. All of this probably has nothing to do with this car. 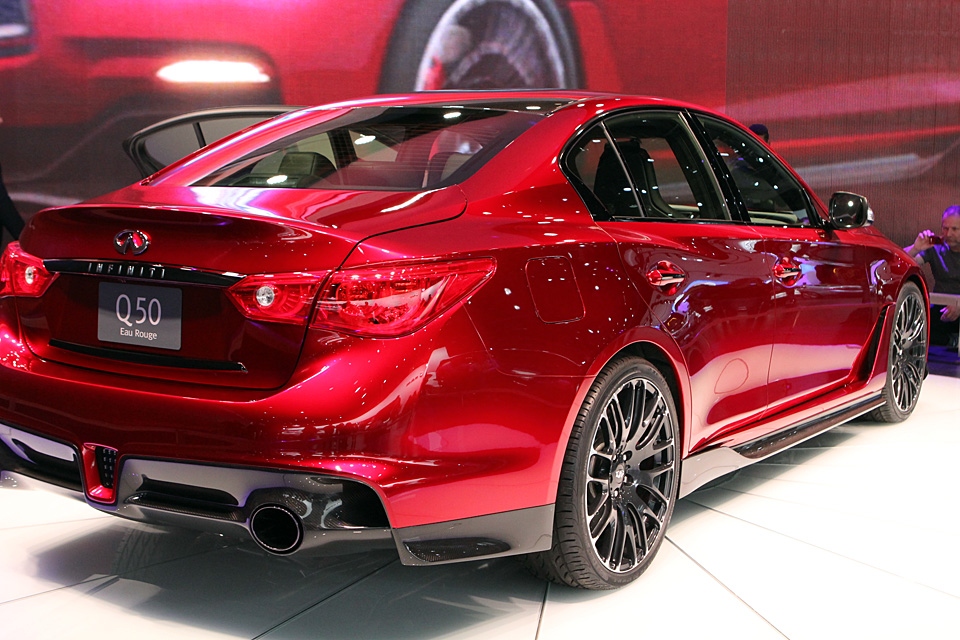 This is a nice rouge 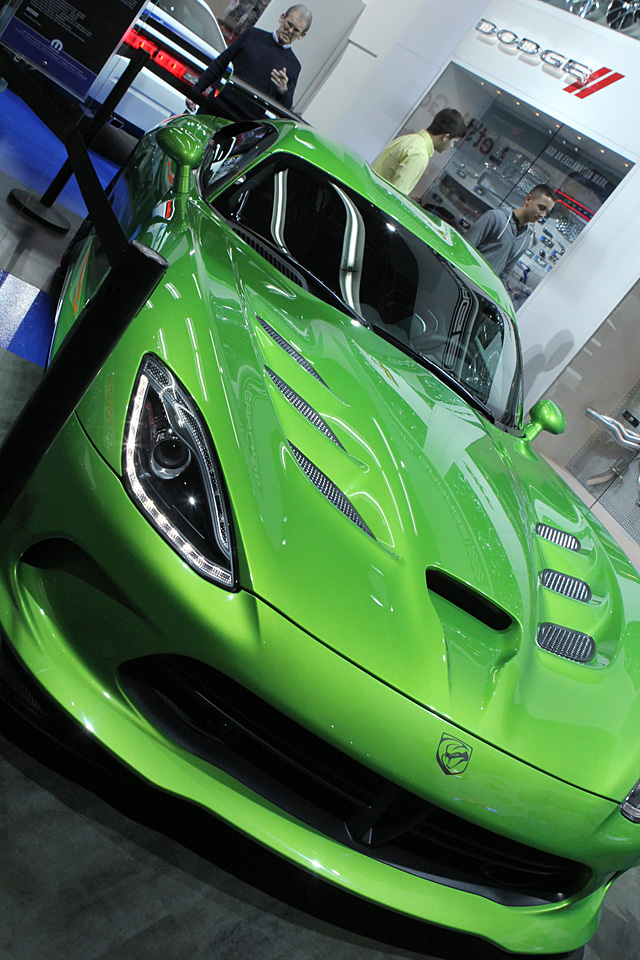 My son liked this color on the Mopar Viper, so I’m including it.

I’ve shown this picture before (maybe twice), but I love the Tesla Model S jump seats. These are much easier to install than German child seats. 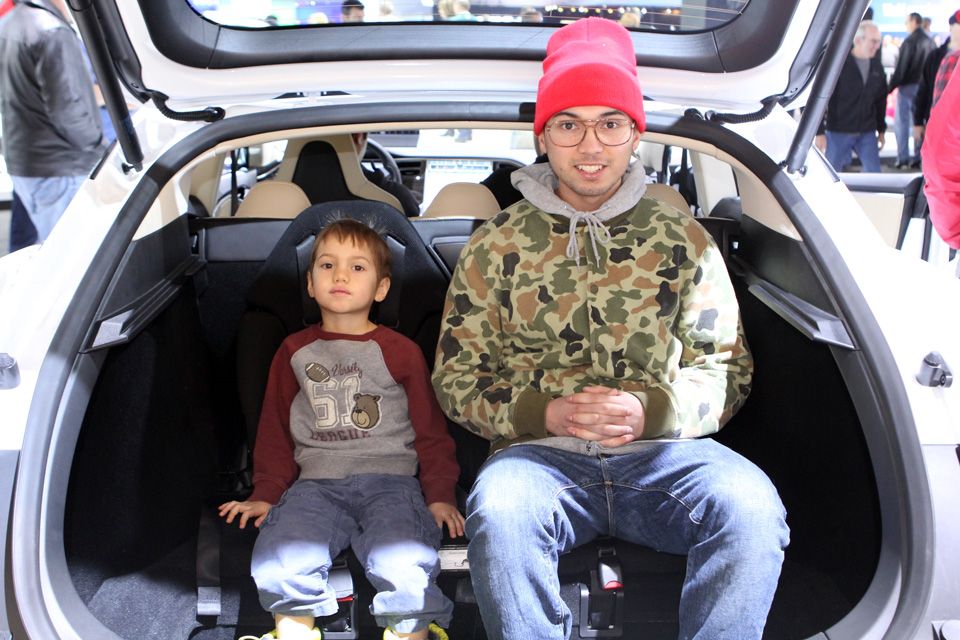 Ceramic carbon fiber brakes? Old news. Instead, how about a rotor in the shape of a flower. And what’s better than yellow calipers? Gold, of course. For the fashionable, the calipers should match the body paint. And finally, the best “facsimile of a painted VW Golf floating caliper” goes to the Mercedes-Benz CLA45 AMG. Yes, it’s possible I have more pictures of brakes than vehicles. Have I mentioned that I love brakes? 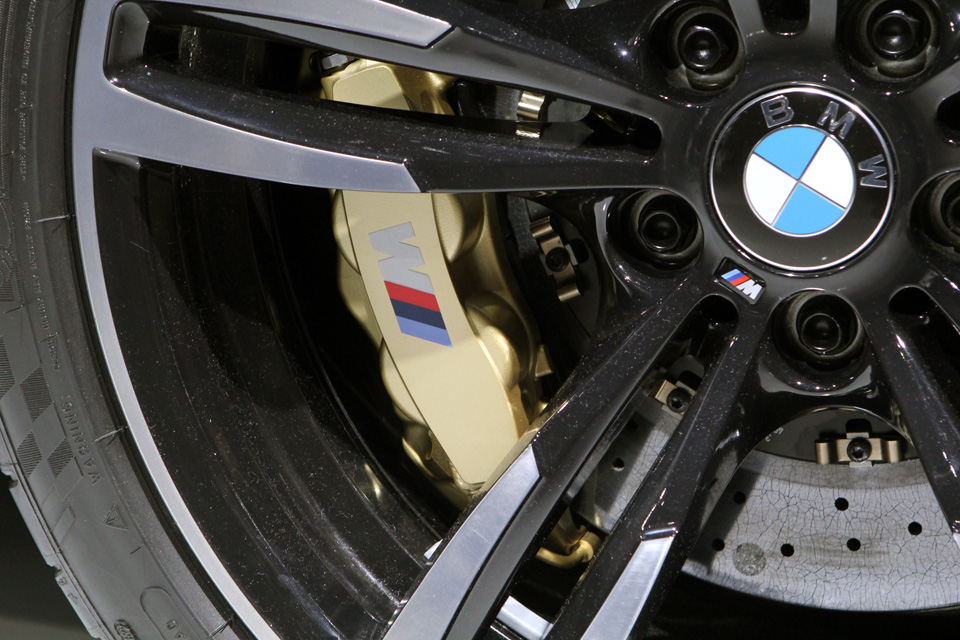 Gold Caliper was not a Bond villain. Next year, platinum. (BMW M4) 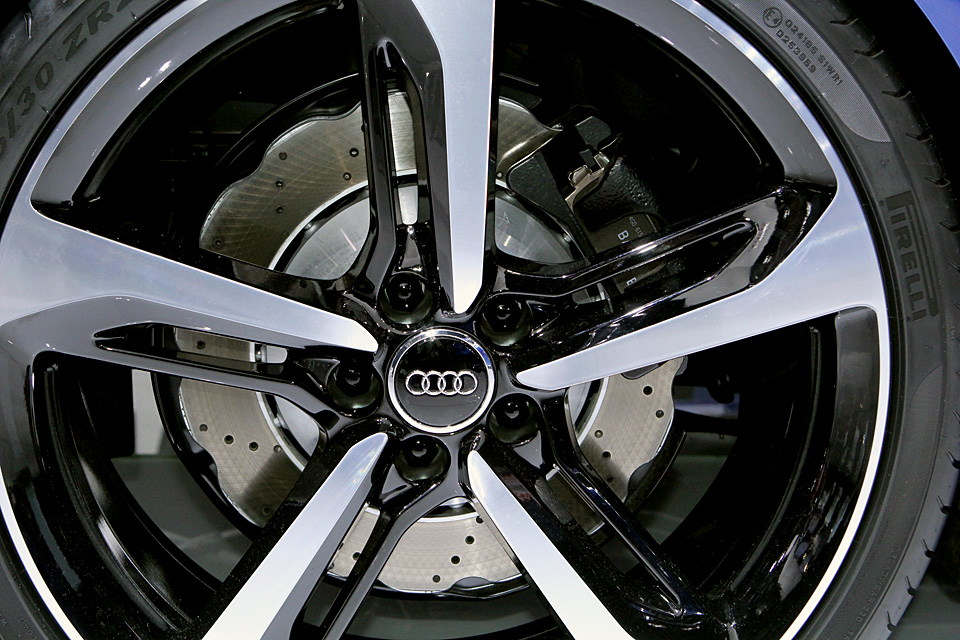 Is that for lightening? It doesn’t matter, I want it. (Audi RS7) 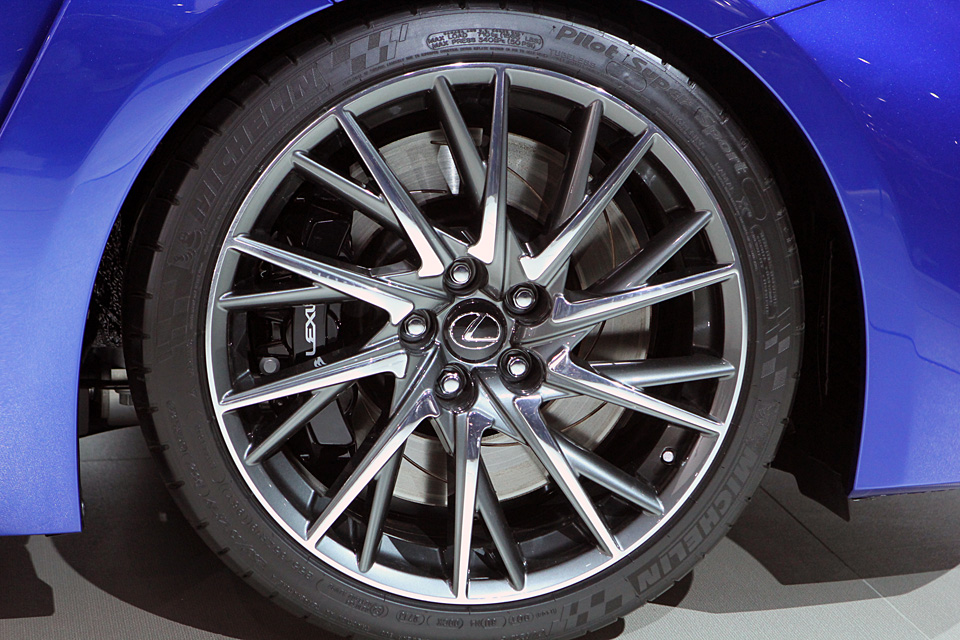 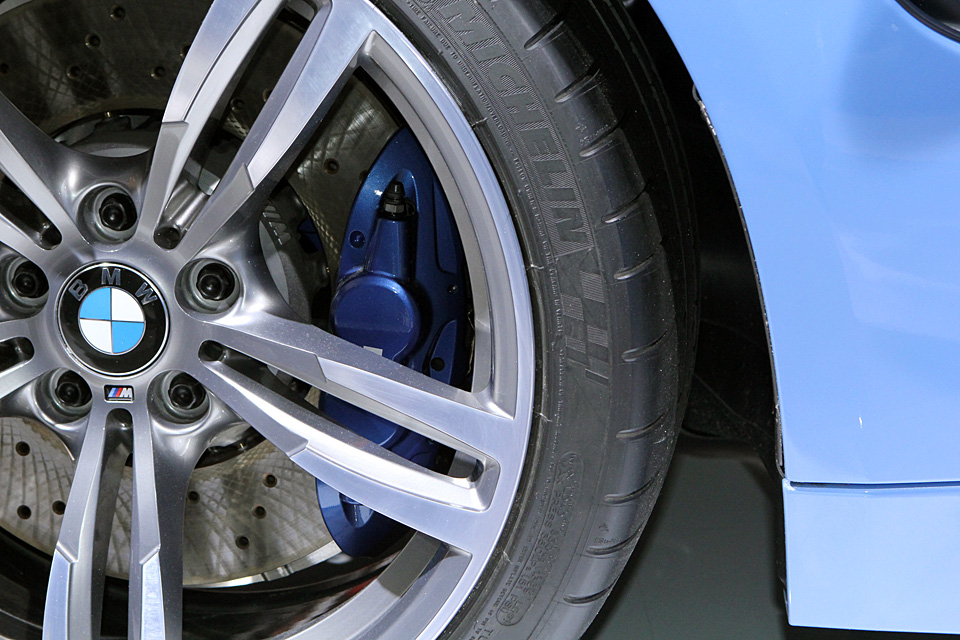 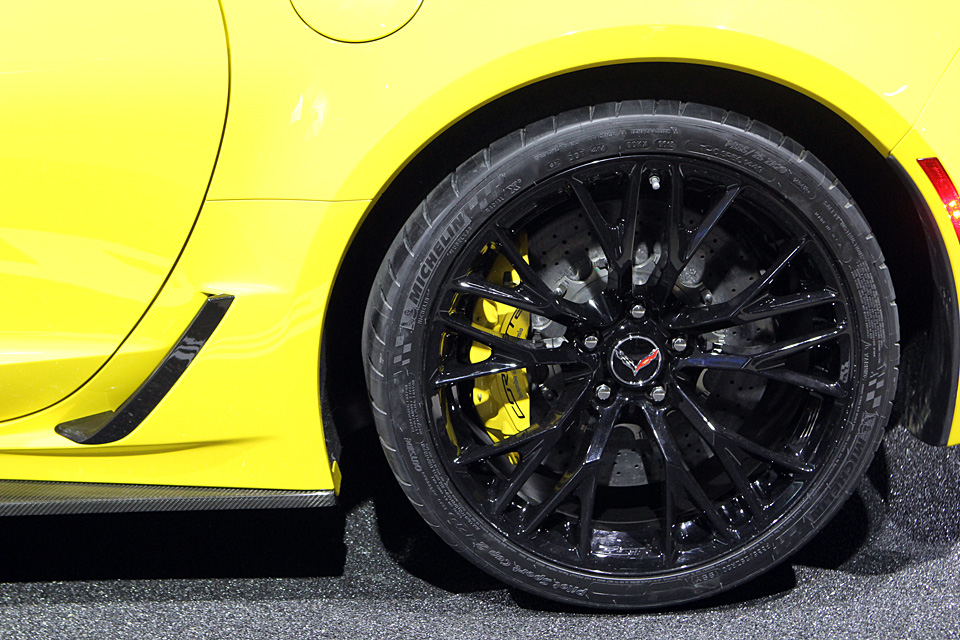 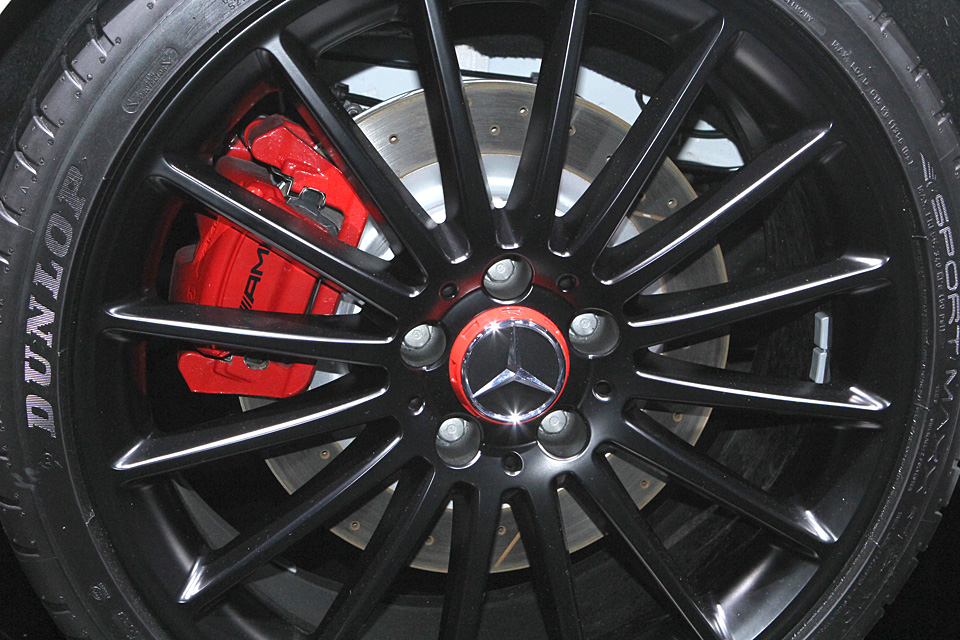 Kia surprised me this year. They’ve gone from rapping hamsters to its new concept car, the GT4 Stinger. It certainly got my attention with its Ignition Yellow paint job, 315 hp, 2.0l turbo engine, and 2,874 lb curb weight.

Along with the K900 luxury sedan Kia introduced last year, they should make a bigger impression in the U.S. market. Ultimately their success will depend on the quality of the product that they sell, as with all manufacturers. 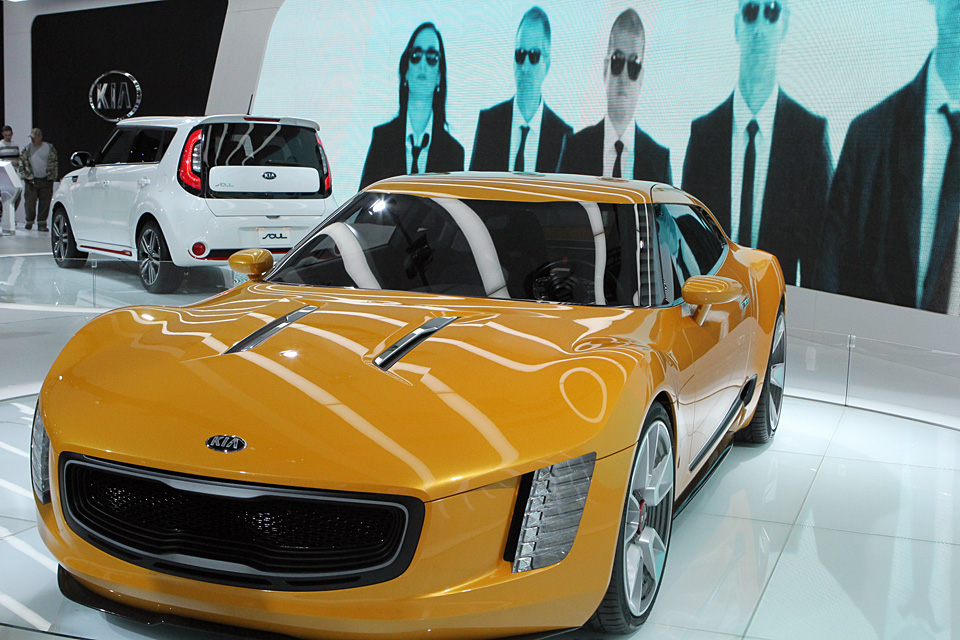 Best Impression of the Tower of Pisa

This display of the electric Toyota i-Road tricycle was like a crooked picture on a wall, an itch on your nose, a bird dropping on your recently waxed hood, a misplaced table setting, the wrong font on your blog. 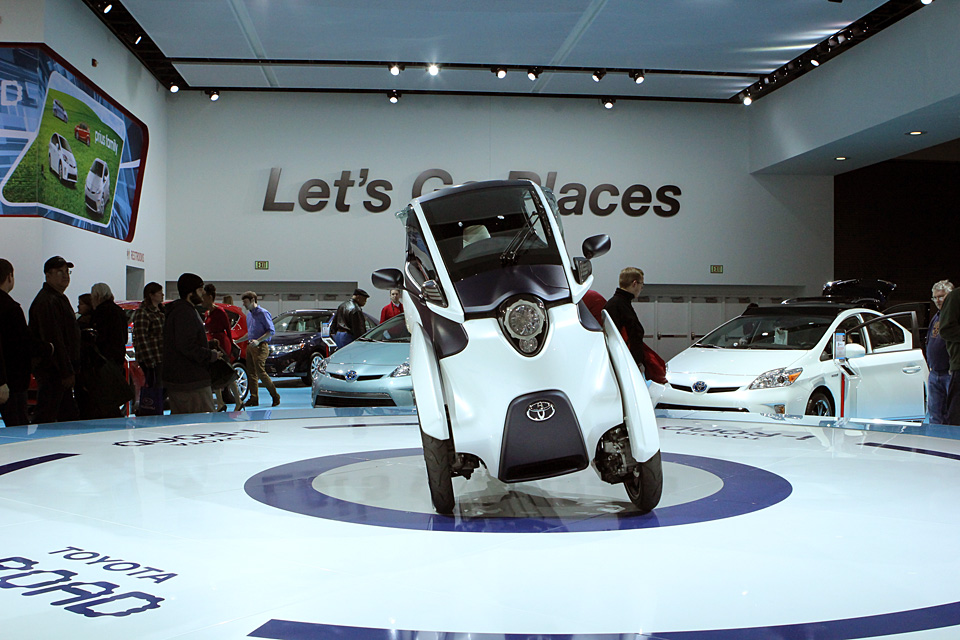 Those afflicted with OCD beware

Cars I Secretly Lust For

(Well, it’s not a secret now, is it?) I’m strangely drawn to the Mercedes-Benz CLA45 AMG. It’s strange because this car doesn’t have a manual transmission, is front-wheel drive, and costs a lot more than I can afford. It has 355 hp, and starts at $47,450. 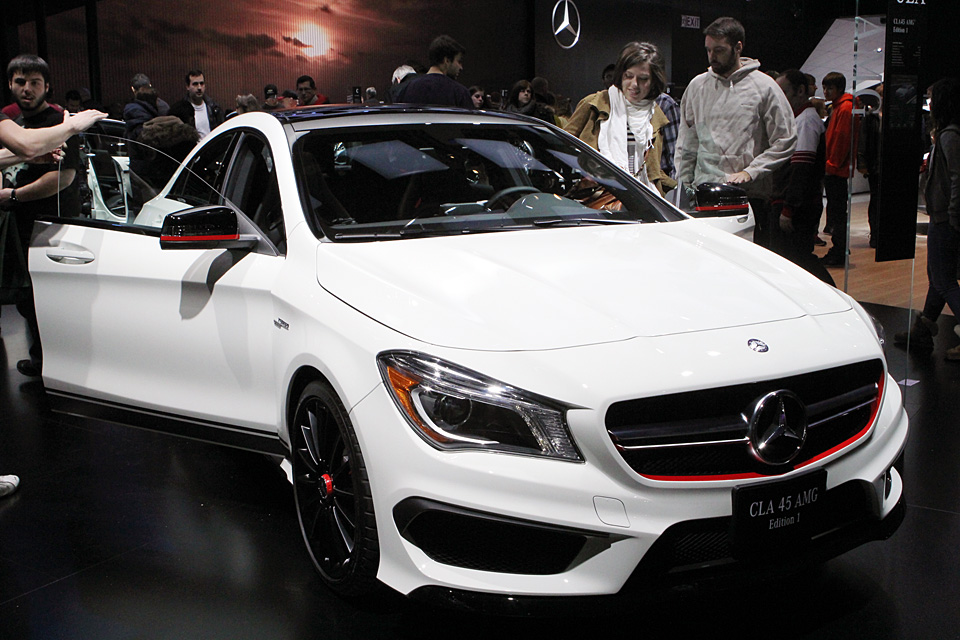 Mercedes calls this a 4-door coupe 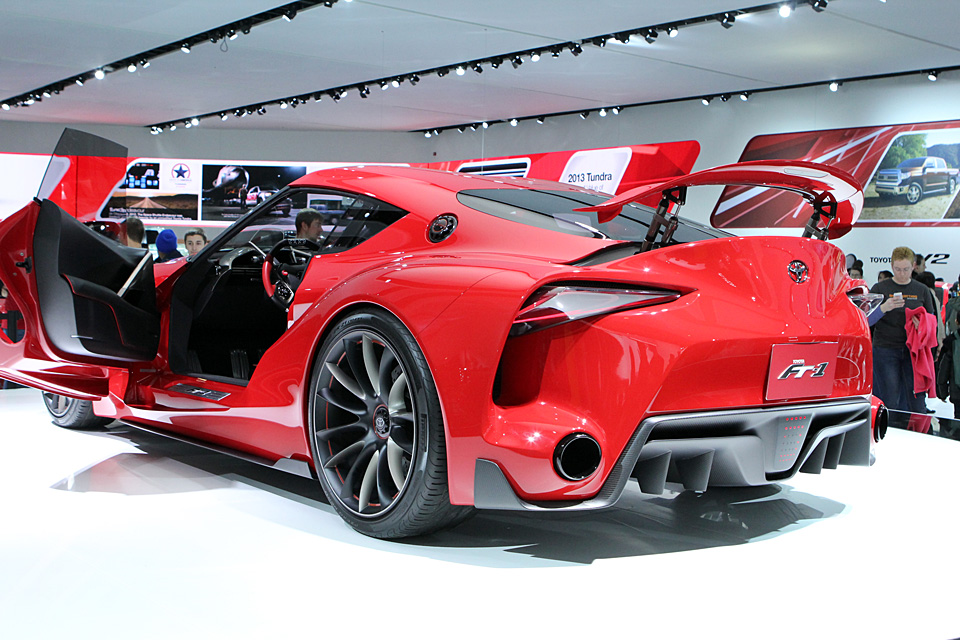 The new 2015 Subaru WRX STI isn’t terribly exciting in appearance, but neither is my 2008 STI. And I’m disappointed that the engine has not been improved over my engine. But if I had to replace my car, this would be at the top of the list. 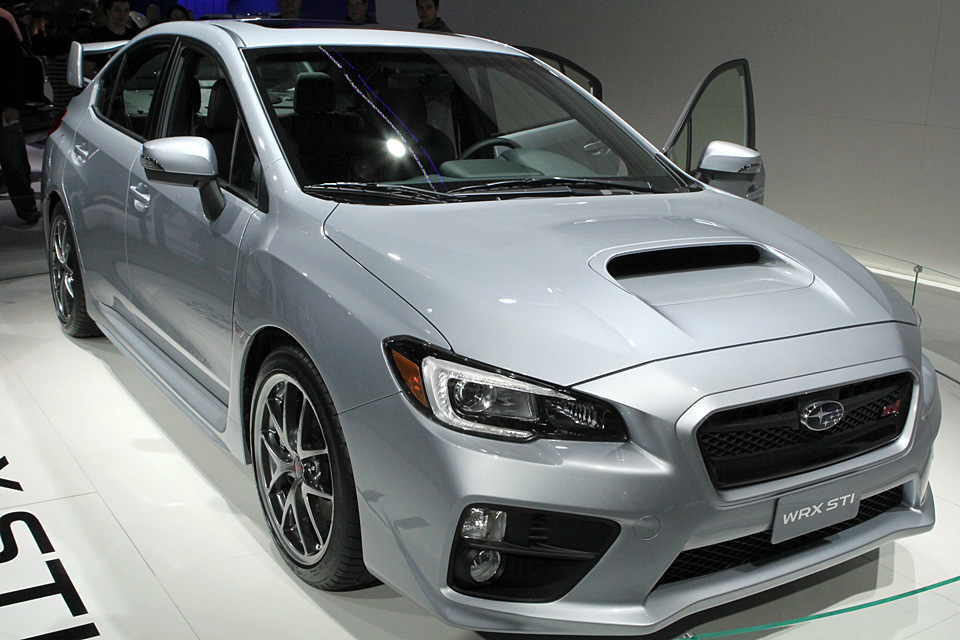 Important Introductions That I Didn’t Even Bother Taking Pictures Of

The Ford F-150 is the best selling vehicle in America, and I find it astounding that Ford reduced its weight by over 700 lb by extensive use of aluminum. But it’s still a truck and I still like sporty vehicles. There’s probably a blogger named Cranky Truck Driver out there with a great review of this vehicle.

Honorable mention goes to the Chrysler 200. It looks similar to the Dodge Dart introduced in 2012, which I called insipid at the time (and still do). Both are based on the same platform as the Alfa Romeo Guilietta, which I somehow like.

Technically, I have pictures of the new 2015 Ford Mustang, but it wasn’t as dramatically different as I thought it would be. And it had boring brake rotors.

Ferrari, Maserati, Lamborghini, Aston Martin—these manufacturers did not attend the show this year. I’m sure there’s one guy in the Detroit area that buys these cars. While I may never buy any of them, I still like to drool over them.

[1] Attendance figures are from mlive.com which are different from the Detroit News numbers I found in 2007: