Yikes! Is it that time of the year already?

I got lucky this year and got a Willy Wonka ticket to the show. Some of our customers bailed out, so one of our sales guys gave me a shiny industry preview ticket. There are about 1/8 as many people at the show during the preview as during a typical Saturday at the show. I need to have more customers cancel next year.

“Americans are broad-minded people. They’ll accept the fact that a person can be an alcoholic, a dope fiend, a wife beater, and even a newspaperman, but if a man doesn’t drive, there is something wrong with him.”
–Art Buchwald

This year, there were two cars I really wanted to see up close and personal. They were both red, both had hood scoops, and I took bad pictures of both.

Eh. I still like this car, but it’s not as emotional or “in your face” as its predecessor. I can, however, fit a stroller in the back. Children and small animals should still fear its hood scoop, though. 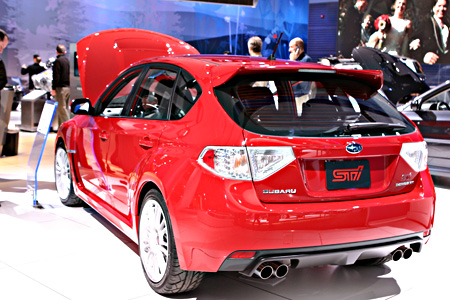 I’m calling this the upside-down, 4-door Camaro, as it shares much from the new Camaro, and is made by GM’s Holden division in Australia. To show off its non-American design, there are no real cupholders in the back to speak of. There is a slot in the door for a bottle, but I wouldn’t put a grande frappucino in it. For 361 hp and $29,995, I can overlook that shortcoming. The only problem– it’s not coming with a 6-speed manual this year. Argh. 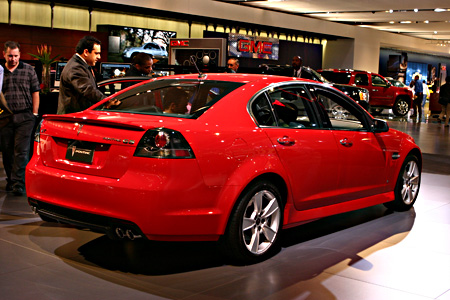 Excuse me while I buy a lottery ticket…. 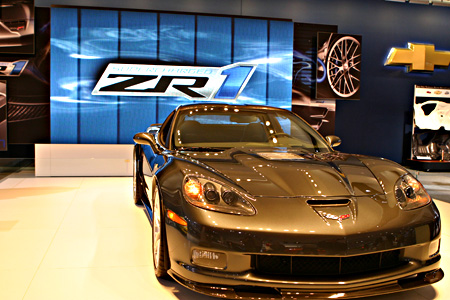 And then there was this little slinky black number at the Lamborghini display. I may need a moment. And another lottery ticket. 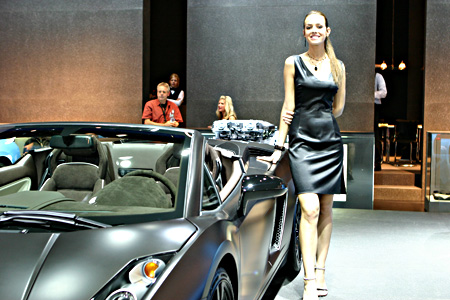 Surprisingly, I liked a non-sporty car concept at the show. The idea of taking the doors off and finding some dunes someplace gives me visions of Wonder Bug, which may mean I need to take my medication again. 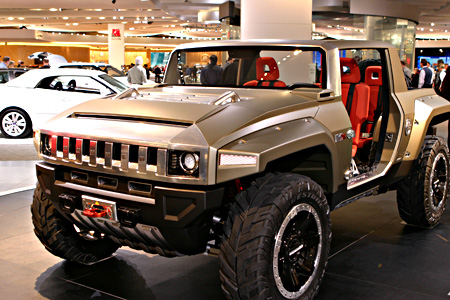 Finally, it seems my best pictures of Detroit are at night, with poor visibility, and pointing up. I continue the trend here with the following shot from the rooftop of Cobo Hall. 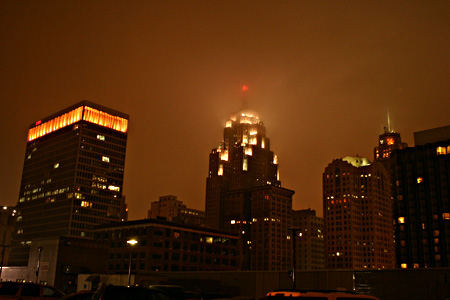