I was going to write about highfalutin stuff and things like machine learning and autonomous vehicles, but I got distracted by something more important: metal diecast models.

I grew up building plastic models. I was 8-years-old when I got my first model for Christmas. Let’s say it was a P-38 Lightning, a WWII American fighter plane. I built military models until around high school when I started building car models.

I became a Porsche fan after building 1:24 scale models of a black 928 and a yellow 911 Targa. I brought these two along with me wherever I lived in college. That’s also when my posters transitioned from Farrah Fawcett, Cheryl Tiegs, and Lynda Carter in high school to Lamborghini, Porsche, and Ferrari.

After graduation I discovered diecast models—no more fussy but great smelling glues. For about $20-30, I could get my favorite 1990s cars in 1:18 scale, like the Acura NSX or Nissan 300ZX Twin Turbo. I’ve been collecting them every since. 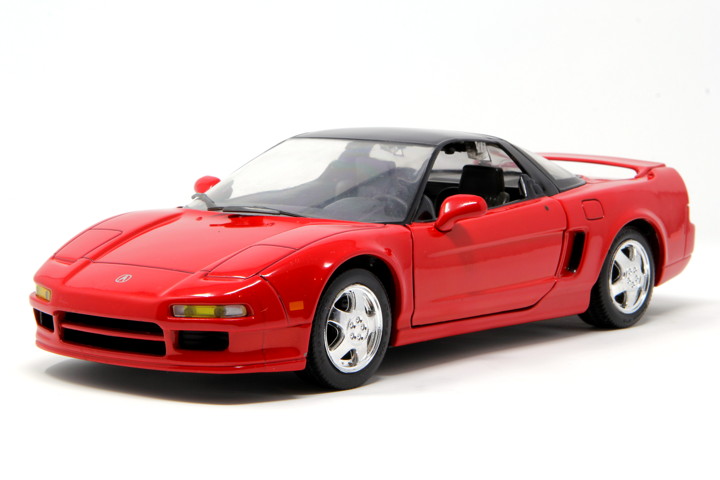 I would display a couple of models on my desk at work and the rest were in boxes stored somewhere. My son recently saw my hoard on the basement shelves and asked me why I didn’t take them out of their boxes. It’s because I’ve become the dad in the Lego Movie.

We can fill our lives with “stuff,” but as we do we’re concurrently filling our lives with the obligation to maintain that “stuff.”
—Craig D. Lounsbrough

At some point I decided to buy a 1:18 scale diecast for any car I owned. That was the start of a long road of disappointment. For instance, I had to wait 20 years after buying a Porsche 944 Turbo before AUTOart made a model for it. I’ve never seen a 1:18 scale for my Subaru STI1There are, however, models of every single Subaru rally car since the invention of the Scandinavian flick until 2007., although I eventually found a 1:43 scale version. 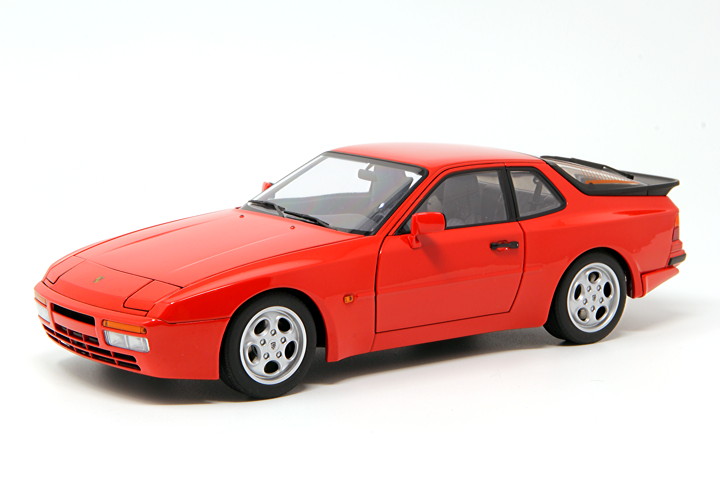 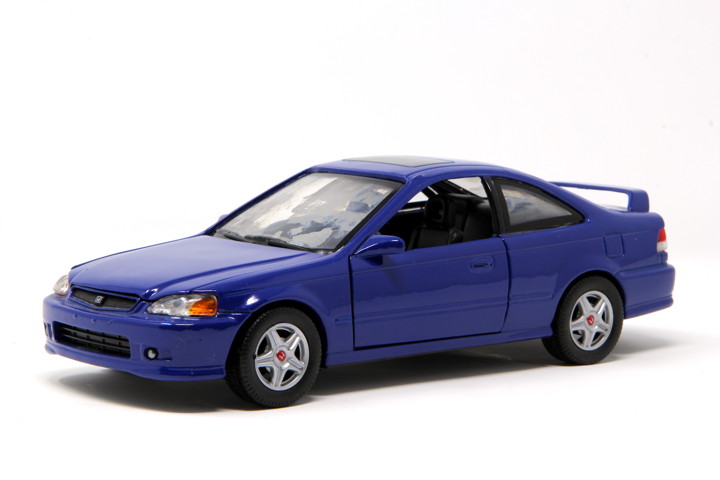 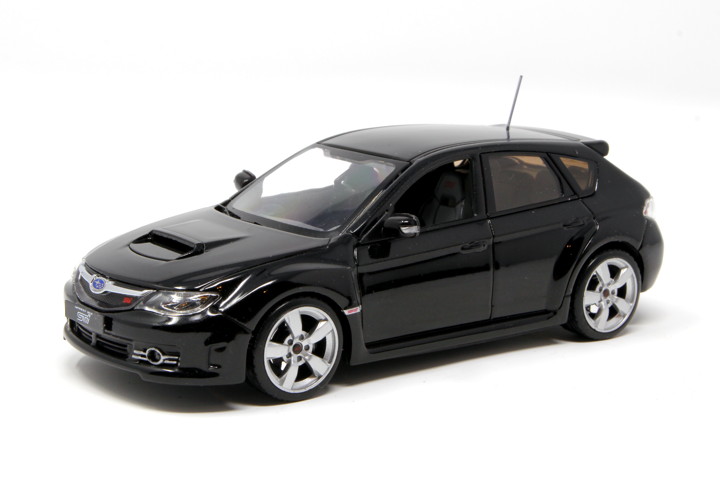 My wife doesn’t care, of course, but I found a close-enough red 1991 Renault Clio of her gray/asphalt/some-faded-dark-color 1992 version. 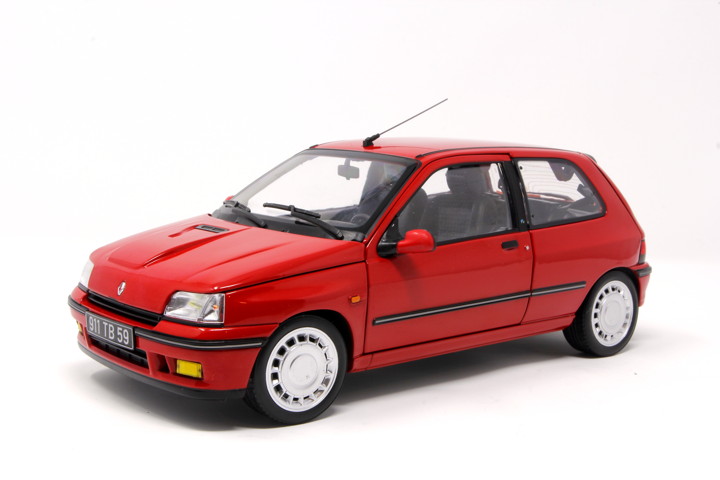 So now when I’m looking for a car to buy, I have to check to see if a diecast model exist (in any scale) before I consider buying that car. I have a pre-emptive Porsche Macan S model from back when I was looking for blue cars. 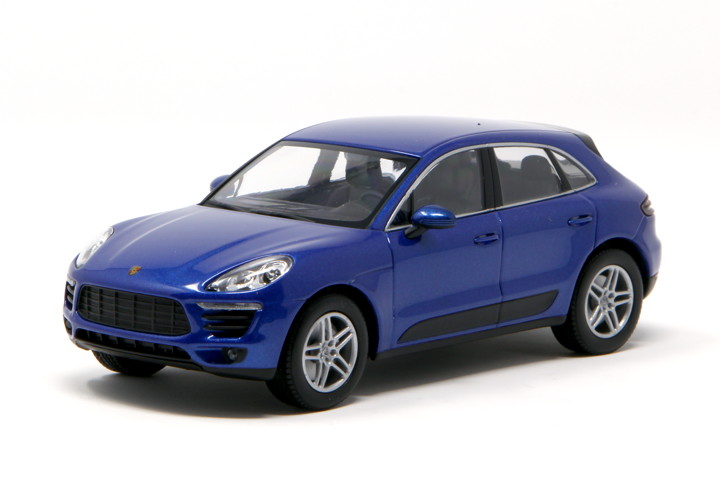 Then there was an imported 1992 Nissan GT-R (R34) that I considered buying for about 30 minutes (each day for a month).

My current criteria for buying diecast models are roughly:

Most of my models tended to be impulse buys, which I blame on my hoarding gene. However, I can’t explain my large number of silver Porsches.

A car I’ve recently been obsessing about is the BMW M2. That is, until the limited edition Minichamps model sold out from my favorite diecast website (which I will not link here for, uh…, safety reasons). I couldn’t afford a real BMW M2 anyway, but now it’s definitely off my list.

Just like in the real world, these diecast models are produced in limited quantities. Models I’ve considered buying have disappeared at some point, and then I have to wait until they turn up on eBay or elsewhere, if at all. And if they do, I just hope the prices won’t be outrageous, like this AUTOart Porsche 928 at Amazon for $12,330 + $5.38 S&H. I mean, really? $5.38 for shipping? No Prime shipping is a deal breaker.

Beauty/Cool/Cute is in the eye of the beholder, as they say. Some people may object to using “beautiful” to describe cars. But I think there is beauty in the design of some of these rolling sculptures2Some cars even look like they were designed by Picasso during happy hour.. So I could stare at a gorgeous Ferrari 250 GT all day. But when it costs $300, I will settle for Cute, like a 1965 Fiat 500 for $30. Just like in life. 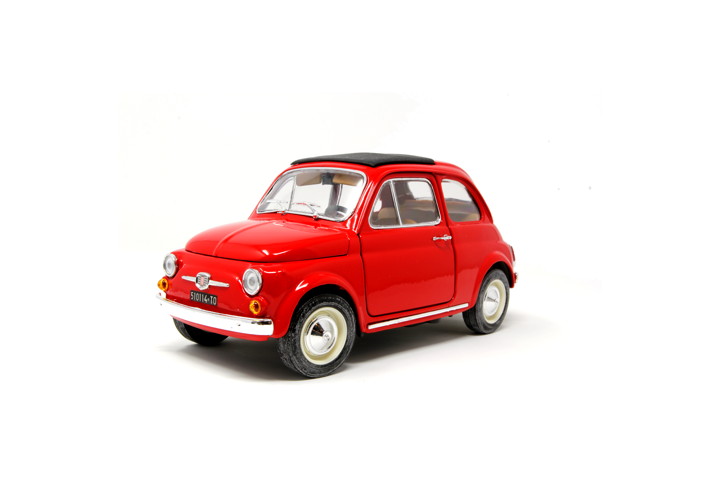 Anybody’s list of cool cars would require an entire post and would also be a good subject for psychological analysis, or at least a good internet roasting. My current list that intersects with known diecast models include the Lancia Stratos, Renault Alpine 1600S, Lamborghini Miura, and Le Mans race cars from the 1960s. Also, most older English and Italian cars, which are too many to list. 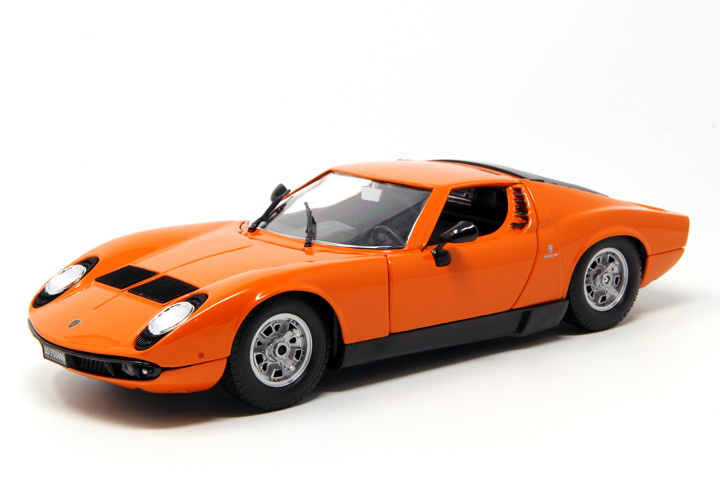 In college, I remember having at least 2 posters of the Lamborghini Countach3and umpteen viewings of The Cannonball Run (to this day, I don’t know the proper way to pronounce it). For some reason I don’t have a Countach in my collection. Maybe because a 1:18 scale can cost up to $270.

In addition to an orange BMW M1 poster, I also remember a white Porsche 959 and a red Ferrari 288 GTO. All three are still on my list.

Then there were the random cars that were memorable—but just to me, for any number of bizarre reasons. That VW Golf Cabriolet that the team assistant in Germany would give me on weekends for drives around the Bavarian countryside is one. A Lancia Delta HF Integrale whose owner let me drive it in Italy is another. I had rented an Alfa Romeo Spider for fun when I first moved to Germany. I’d like a Cadillac ATS because I worked on a project for it. I’d love a Buick Grand National (GNX) which I revered back in college (“…looking for Corvettes to embarrass”). And maybe a Volvo Amazon which I drove recently. 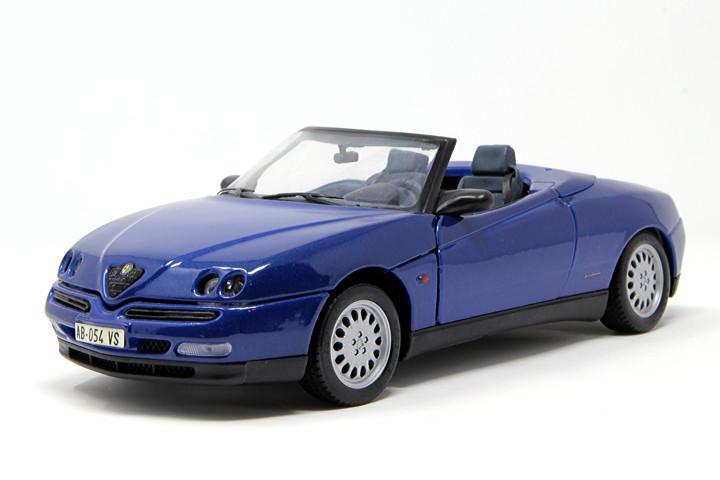 Watching probably 8 hours of tv a day during my childhood made two cars very special to me—the Batmobile and the Mach 5. Now I can (theoretically) display them up on a shelf. 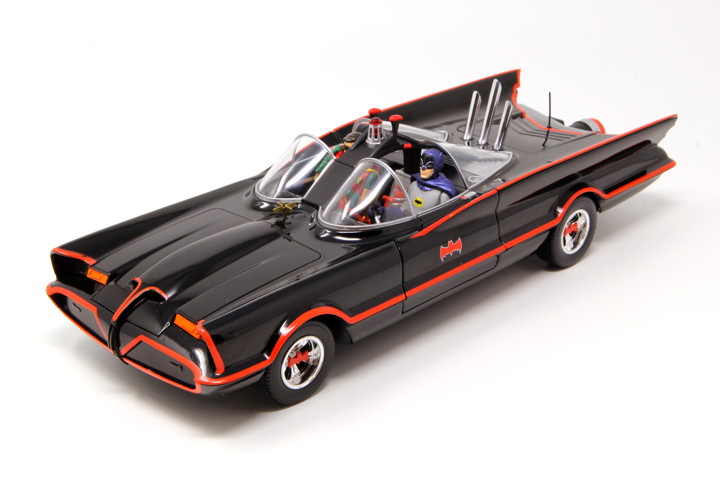 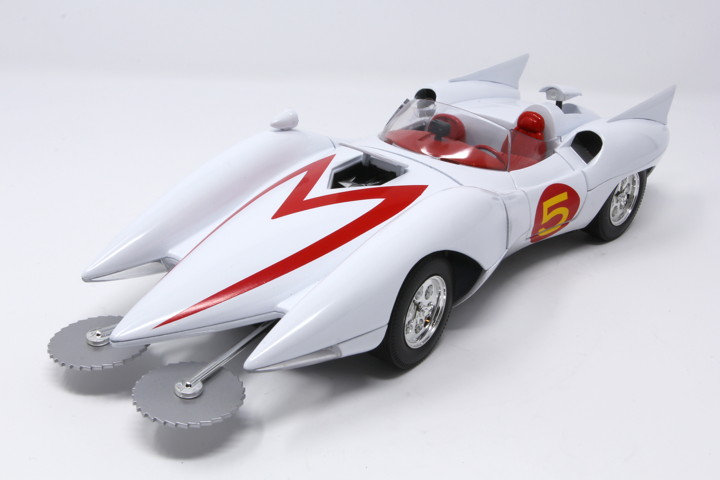 I’m sure these cars have appeal to those who saw them when they were new, though not myself. For my generation, these cars were rusty, Bondo®-ed, primer-painted cars we filled up with $1 worth of gas to get us to school for the week. Luckily the windows usually didn’t roll up all the way which prevented us from being asphyxiated from leaking exhaust or gas fumes. Ah… good times.

So these nice, clean diecast model cars can be like a scale version of the Woodward Dream Cruise, where cars from our past try not to kill us.

My version of old cars that seemed cooler than they really were include J-body cars like the late 1980s Buick Skyhawk T-Type / Pontiac Sunbird Turbo / Chevrolet Cavalier Z24. Later cars include the Beretta GTZ and the original Ford Probe.

I doubt that these cars will ever be immortalized in 1:18 scale4or be seen cruising Woodward. However, the 1985 Pontiac Fiero GT, 1985 Chevrolet Camaro IROC, and 1990 Nissan 240SX have, so maybe there’s still hope.

I’ve listed my favorite James Bond cars before. The 1971 Ford Mustang Mach I (Diamonds Are Forever) is one of these.

(Mustang Notes: Of the Mustangs, my favorite looking one is the 1969. My fondest memories is of a 1970, which my dad bought for $250 and which actually ran for a month or two. My most memorable one is a 1976 Mustang II Cobra II, Jill’s ride on Charlie’s Angels. Poor Sabrina drove a Pinto.)

Above the Mustang, my favorite Bond car is the 1967 Toyota 2000GT convertible (You Only Live Twice), which I didn’t mention in my James Bond post because I’m an idiot. Out of the 351 produced, 2 were converted to convertibles for the Bond movie (because Sean Connery is 6’2″ tall).

Moving down the Bond list, next are the Lotus Turbo Esprit (For Your Eyes Only), Xenia Zaragevna Onatopp’s Ferrari 355 GTS Targa (GoldenEye), the Aston Martin V8 Vantage Volante (The Living Daylights), and of course the hardest working Bond car of all, the Aston Martin DB5 (Goldfinger, Golden Eye, Casino Royale, The Cannonball Run, et al.).

By giving away we feel rich; by hoarding we feel poor.
—Debasish Mridha

I used to collect race cars as well, but most of these are from the 1990s when racing was more exciting to me. Back then I followed names like Senna, Prost, Villeneuve, Hill, Schumacher, and Mansell in Formula One. I would try to keep up with other names like McNish, Haywood, Blundell, Johansson, Cunningham, and Warwick. As with many of my favorite car memories, that was over 20 years ago. 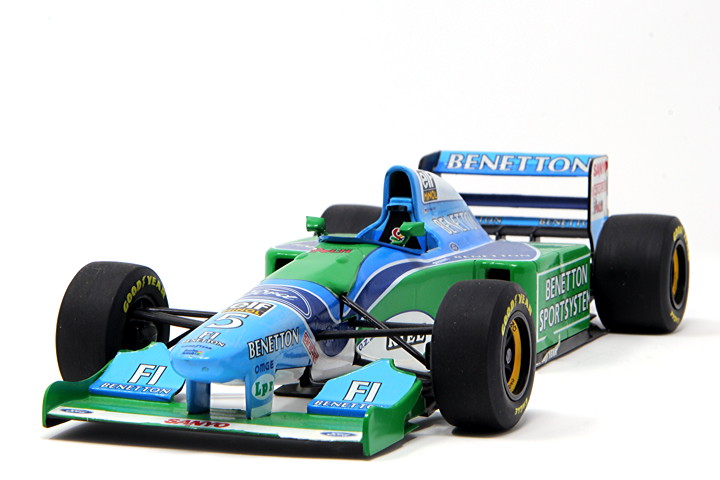 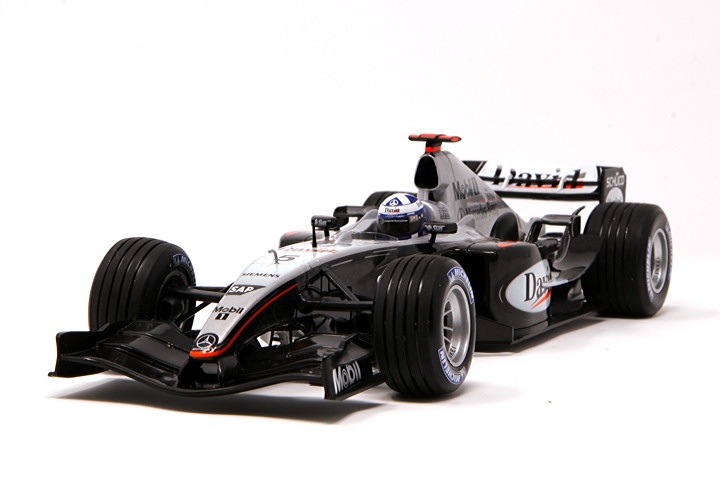 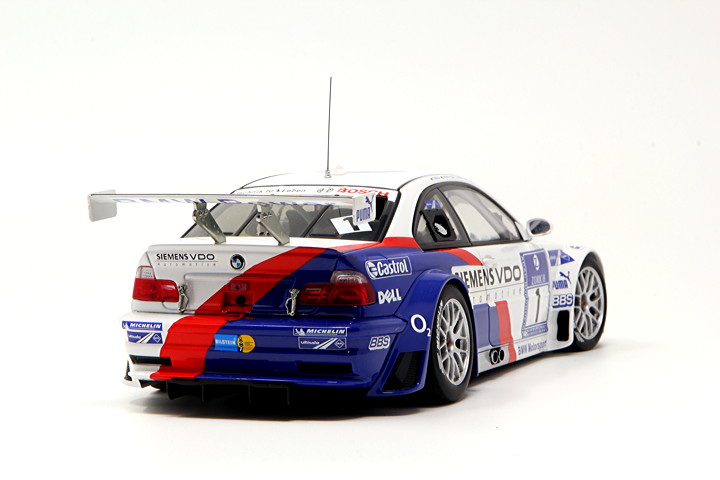 I’ve amassed a decent amount of models over the years, and it still pales in comparison to the Lingenfelter Collection, even if my cars are just a fraction of the cost. At least I don’t have to change the oil or stock up on battery tenders for my models.

Ultimately these cars are just another manifestation of my obsession with cars and driving. It is also another way to share my automotive passion with my son, similar to what my dad did with me. I just have to avoid becoming that crazy hoarder guy. 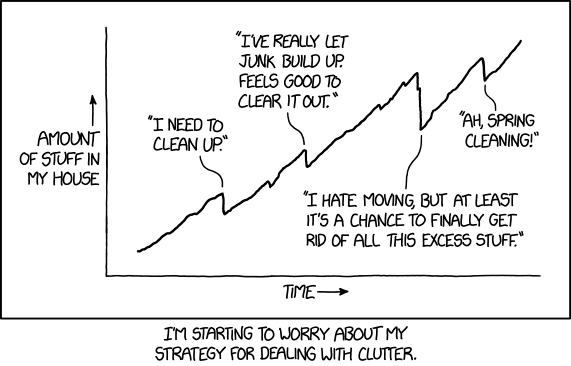 This is basically just a list of any car I’ve ever liked at any time in my life. Also, AUTOart models are amazing.