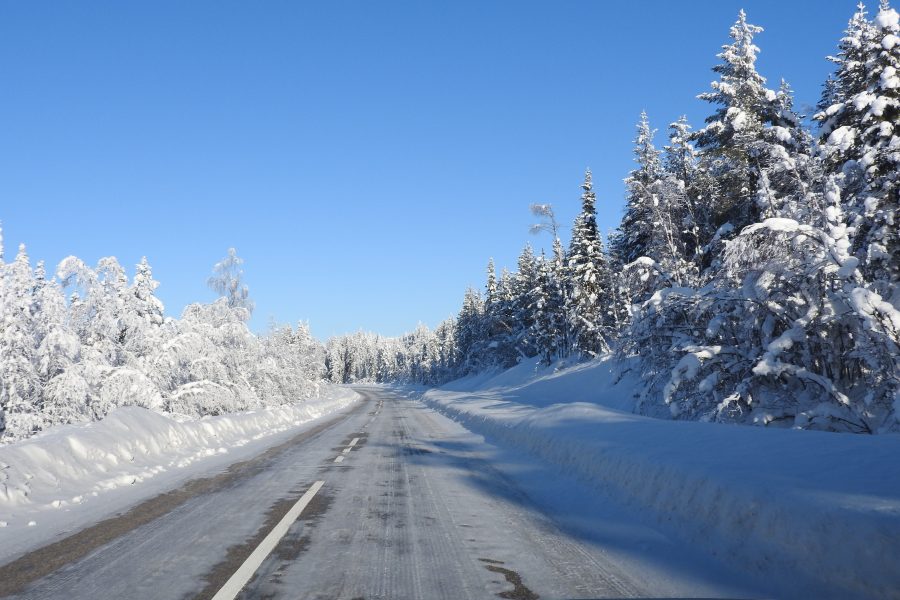 I’ve waxed on (but not off) before of my love of rubber. My preference is for sticky rubber, but rubber for the cold is good, too. And now I found out I like metal on my rubber.

I recently drove on studded tires for the first time. It was on a Volvo V90 rental. Studded tires have been banned in Michigan long before I started driving, so I’ve never had a chance to try them before this.

(In researching this fact, I found one link that says studs are allowed in the Upper Peninsula, and another one that claims rubber studs are okay.) 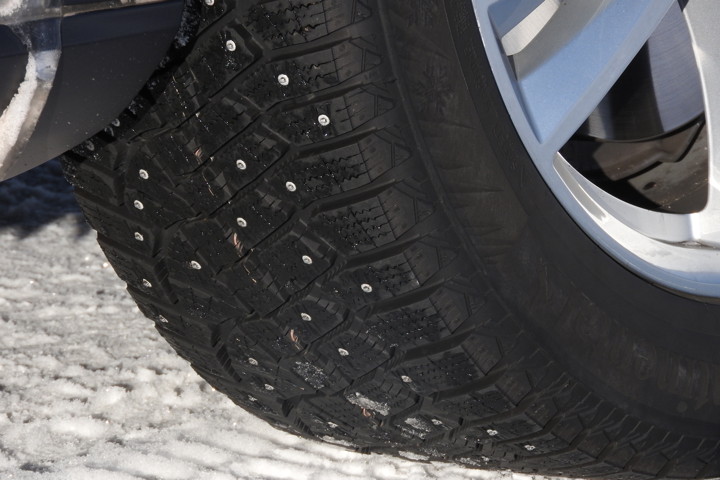 I expected studs to look like spikes like those used in ice racing or Mad Max movies, but these were neither. They just looked like bedazzled tires you’d buy at Etsy. Since these are not ice spikes, they won’t make a car impervious to slipping on ice. Instead, the studs will simply provide the grip it needs to get going, especially on sheer ice. I felt more confident on icy curves with these tires than I would have with normal winter tires1Probably a placebo effect, but still….

In the few patches of bare pavement I drove these on, I couldn’t tell I was driving with metal on the tires. The Volvo was just smooth and quiet. Studded tires are the perfect winter tires, right?

Unfortunately, this is probably just fantasy. The main reason studded tires are banned in Michigan (and other states) is because of the damage they do to roads. They turn roads into life-size slot car tracks. Our roads are apparently made of marshmallows. Or asphalt.

Michigan roads already look like post-apocalyptic roads used in movies filmed after an actual apocalypse. Could they really get any worse if we used studded tires?

The roads where I was driving the studded tires looked just fine. Maybe we need to learn how to make better roads.

Studded tires increase braking distances in both wet and dry pavement. Today’s studless winter tires actually meet or exceed a studded tire’s performance except on ice. We don’t need studs for the the Snowpocalygeddon.

That is a studded tire’s main advantage—it’s performance on glare ice. There’s also a study that also show a small decrease (<10%) in accidents in winter with studded tires.

And if we had studded tires, then maybe, just maybe, we would use less salt for the roads in winter.

That’s about it for advantages.

Here in Michigan, studded tires would probably be needed once or twice per winter season. And in those cases, it’s probably best just to stay off the roads all together.

The benefits of studded tires seem to have a very narrow scope in Michigan, probably not enough to allow them on our roads again. But a tire lover can still dream.

The hammer of the gods
Will drive our ships to new lands
To fight the horde
Sing and cry
Valhalla, I am coming
—Jimmy “Thor” Page / Robert “Ragnarök” Plant

We can never have nice things in Michigan.