I’ve written about the paradoxical nature of the autobahn before. Although I complain about it sometimes, it’s actually pretty good to drive on. It’s just that the fantasy Americans have about it falls somewhat short. It’s not perfect, but it’s better than what we have.

My family and I landed in Munich with only a couple hours of sleep. My father-in-law had rented a “big” VW Caravelle transporter van to take us from the airport. It was a just little bit bigger than the minivan my sister brought us to the airport in. 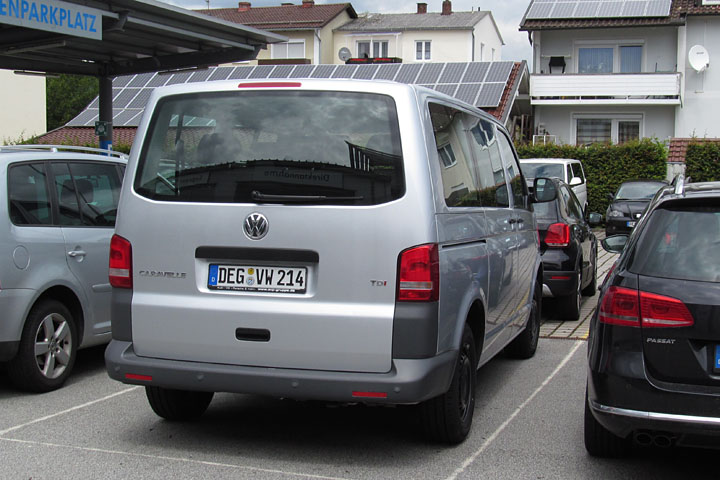 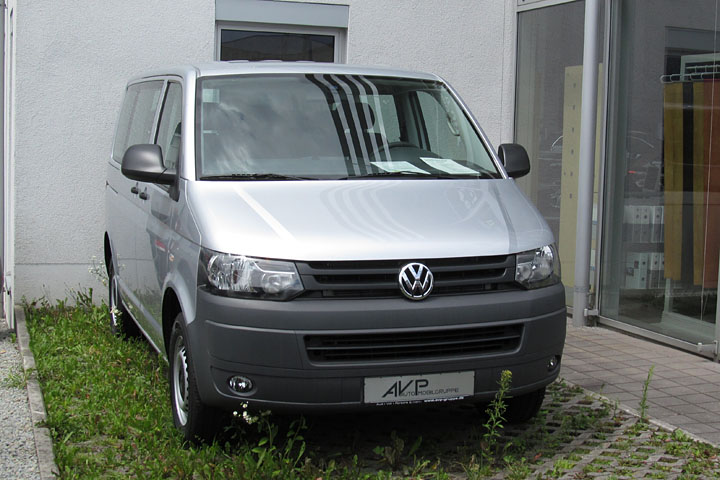 From the Alien vs. Predator (AVP) dealership: the VW Caravelle Van, aka The Beast.

After installing the crazy German child seats into the van, we were off. For some reason, my father-in-law thought that the sleep-deprived American, me, was the better person to drive this 140 hp diesel beast over an hour on the German autobahn.

So there I was, driving with my wife, my in-laws, and two kids asleep in the back doing about 100 mph down the autobahn. In the rain. And that’s what makes the autobahn awesome.

Back in the U.S., our culture looks at people that drive over 100 mph on the freeway like serial killers, child molesters, or people who don’t turn right on a red light. It’s been pounded into our brains that Speed Kills.

If I was driving the same way in the U.S., then that would be stupid. But the autobahn’s culture of speed facilitates such driving. The road is generally smooth. People generally stay out of the left lane. People generally use the turn signals. Passing on the right is verboten.

A German driving school program costs 2000€ and takes a few months to complete. In typical German fashion, it’s very serious. You usually have to be 18-years-old to get a driver’s license. The written test itself is a thick booklet. The Germans tell me that actual math is involved (in a country that created Gauss, Planck, and Einstein, of course math is involved).

On this particular Sunday afternoon, traffic was pretty light. I didn’t even know how fast I was going most of the time. Instead of worrying about my speed and looking for people who would be checking my speed, I was paying attention to the road and the traffic. The only time my father-in-law seemed worried (and I as well) was when we dropped below 80 kph (50 mph) because torrential downpour created a couple of inches of standing water on the road. (That was the most water I’ve ever seen on an autobahn.)

On U.S. freeways I’m constantly dealing with people making random lane changes, people weaving while talking on the phone, and people who believe that driving in the left lane is a birth right. Such hazards are even less predictable than the weather.

Yes, there are problems on the autobahn as well. The relative speeds of vehicles is an issue, from trucks that lumber along at 100 kph (62 mph) to cars doing well over 200 kph (125 mph). There are drivers (usually from other countries) that aren’t used to the speed, the laws, or the closing speed of BMWs. There are guard rails an arm’s length from you on the left lane. And there are drivers that are allowed to do whatever they want because they bought the right kind of car, usually a BMW or Audi.

But I think there’s more awareness, more conformity to safe driving rules on the German autobahns than on American freeways. I would much rather drive on a road with the attentive German grandma who’s doing 150 kph (93 mph) in her VW Golf than with the American guy doing 125 kph (78 mph) in the left lane with his GMC Tahoe while on his cell phone, drinking his McDonald’s coffee.

We made the 130 km (81 mi) drive from airport parking to my in-laws’ house in about an hour. A number of cars had passed us at high speeds. We had casual conversations about the crappy weather in Germany. Grandparents got to spoil their grandkids with some gummy bears. Just a typical day on the autobahn.

Look and plan ahead. Pay attention to your mirrors. Drive smoothly. Use turn signals. Stop going in front of me when I’m driving faster. That should be as basic as breathing through your nose. Why is that so hard for people to do on the interstates in the U.S.?

“The mass never comes up to the standard of its best member, but on the contrary degrades itself to a level with the lowest.”
–Henry David Thoreau

“If everything seems under control, you’re not going fast enough.”
–Mario Andretti 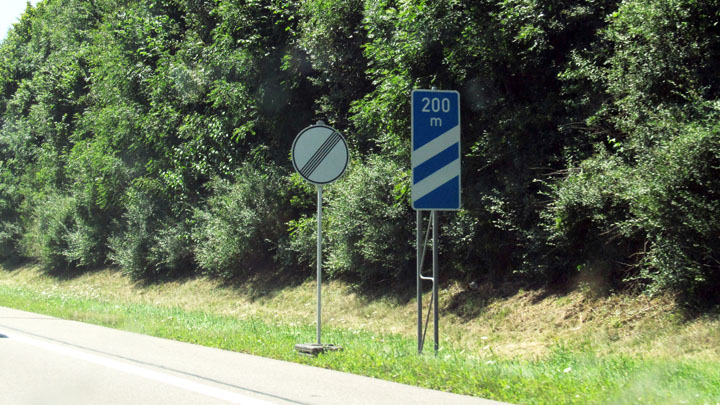 This is the sign St. Peter will be holding when you go through the gates to heaven (the white one, not the blue one)

Crankiness Rating: 2 out 11 (Ferrari needs to make a 6-seater that I can afford.)