I attended the 2019 Detroit auto show (NAIAS) last January, but unlike other years, it was for work. I spent most of my time in the basement pretending to be interested in autonomous vehicle stuff. It’s a section called AutoMobili-D, and you may have seen it if you got lost looking for the bathrooms.1I went during Industry Preview Days, so it’s possible it wasn’t even there for the public viewings. As soon as Jeff Bezos buys my hard-hitting journalistic blog site, it’ll be the first thing I follow up. 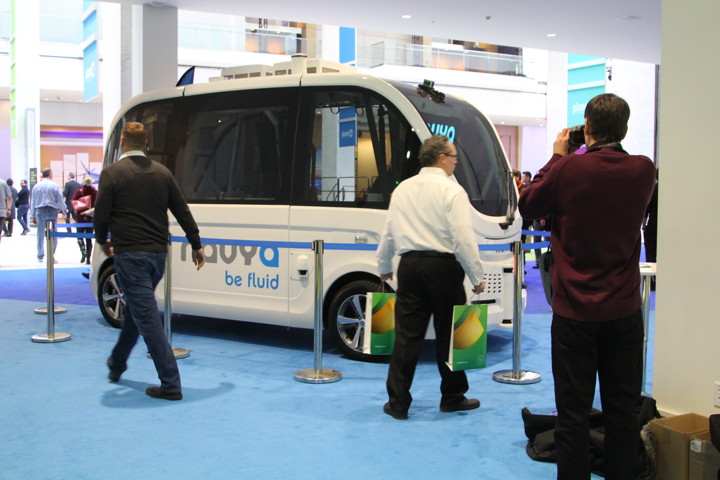 That future is here—sit back, relax, and play with your 3D, augmented reality, neural implant phone as you commute to work in a Navya autonomous shuttle. At 25 mph.

That is, if you even came here at all—auto shows are apparently dead. This year, BMW, Mercedes, Audi, and Porsche weren’t at the show. Ferrari was not there, and neither was Lamborghini. Some of these manufacturers haven’t attended the Detroit auto show in years.

Next year’s Detroit auto show will be held in June to try and fool people into believing Detroit has decent weather and that they should visit.

Still, there were two particular cars that I wanted to see this year. So when I had a little time at the end of the day, I took the chance to sneak upstairs and see them. The first was the 2019 VW Golf R, a car I might buy this year, and the other was the 2020 Toyota Supra, a car that I won’t.

In the past, I’ve used the auto show to check out a car that I was interested in buying, but I’ve ended buying none of them. I’m hoping this year will be different. I spent most of my time sitting in the Golf R, visualizing if this is the right car for me.2Rumors are that the next generation Golf R (Mk8), which is just around the corner, will be even better. But aren’t they always? My mantra was, “be one with the car—and no, you can’t have a turn in here yet!”

I’d like a new car, but I’m always reluctant to let go of my old one. I still like my current car. That’s why I’m a hoarder. I’ve never watched Marie Kondo, who I presume is not a psychopath, but goddammit, my (old) cars spark joy in my life. Leave me alone. 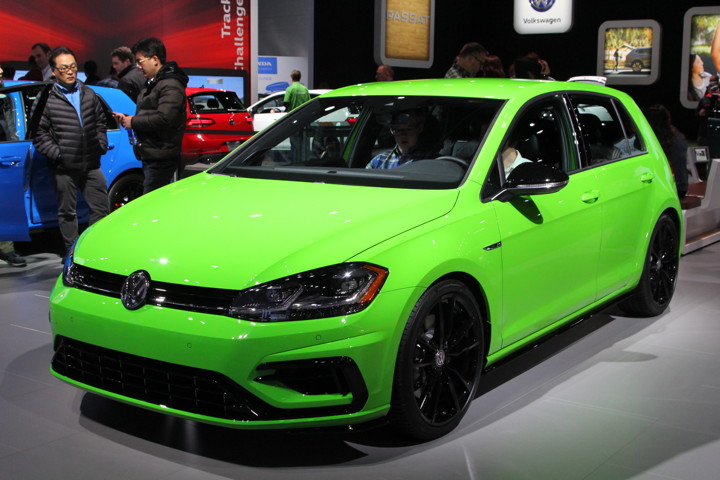 One of the perks of my job is seeing or working with pre-production vehicles. I saw prototypes of the Supra a year ago in Sweden, testing in the snow at our winter test facility. I didn’t recognize it at first as I had not been following its development. But after some googling, I realized that our demo vehicle was in the same garage as the Toyota Supra and BMW Z4 convertible.

Engineer: Someone who does precision guesswork based on unreliable data provided by those of questionable knowledge.

As a supplier who works with multiple automotive manufacturers, I try to be respectful of their secrecy, so I didn’t pry. I wasn’t even sure if the engineers working on the cars were from my company or BMW/Toyota. But I was around the cars enough to know that I wanted the two-seater Supra. At least, until I saw its base price—$50,920.3That includes the destination charge. The initial 1,500 cars will be the Launch Edition at $56,180.

Three can keep a secret, if two of them are dead.
—Benjamin Franklin

I would probably be disappointed if I were to get one. There’s very little chance that I would be drifting through ice and snow on a frozen lake with this car, like I saw in Sweden. It’s probably like the old saying, “never meet your heroes.”

Seeing it without all of the camouflage and stickers brought closure to my experience from last year. 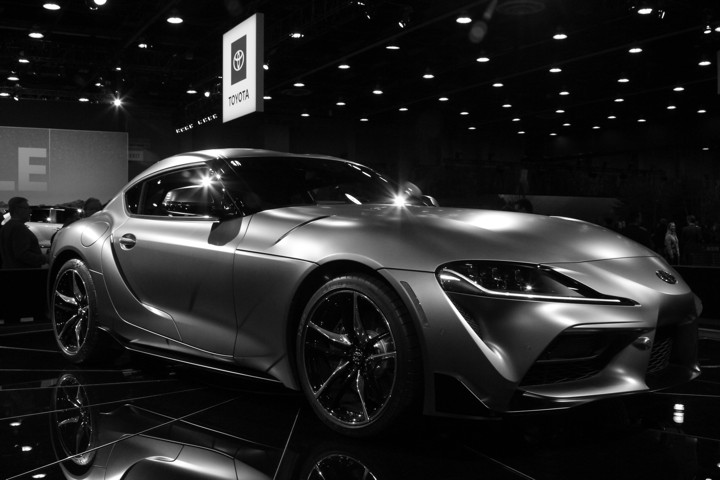 If it’s in black and white, it must be artsy

While I never got the chance to drive the Supra in Sweden, I got to do the next best thing. I drove a Volvo Amazon (non-Bezos version) and a Trabant, both of some indeterminate model year.

Someone in my company thought it was a good idea to put anti-lock brakes and stability control in these vehicles which could be switched on and off, and they were right. I still grin remembering how much fun these were in the snow. Like I said, sometimes my job has perks. 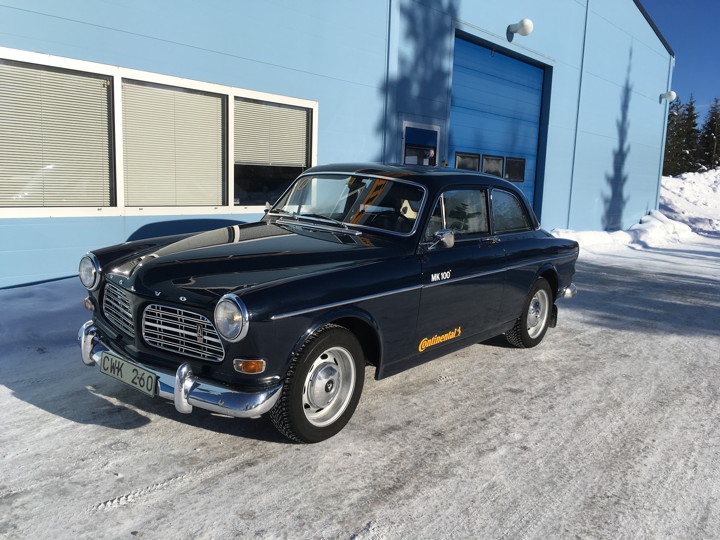 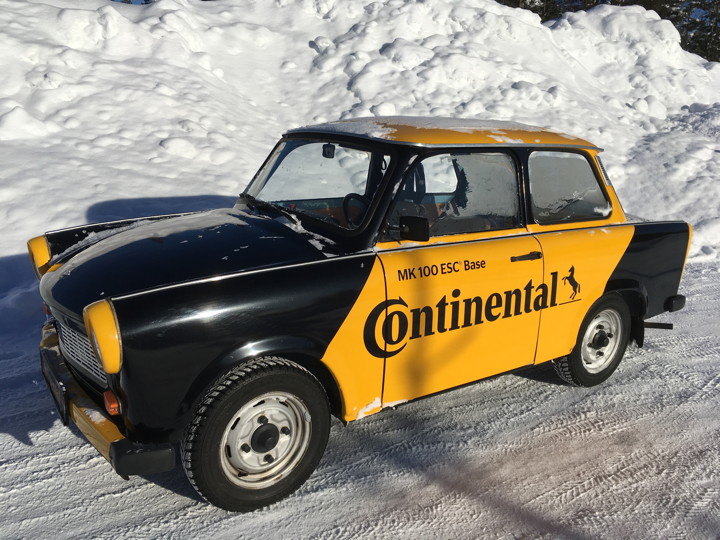 A “Trabi” — (East) German engineering at its finest

Like sands through the hourglass, so are the minutes at the auto show.