I realized after taking this picture a couple of months ago that while my 944 was hibernating, it got passed by my daily driver. The 944, my oldest car, now has the fewest miles of my cars. 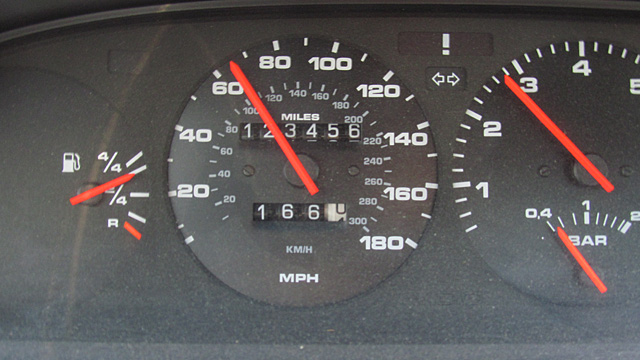 It’s truly sad how little I drive this car. For the past 10 years I’ve been adding Stabil to the car after every other fill up. This is just wrong.

(The exception was two years ago when I had to drive it regularly for over a month.) 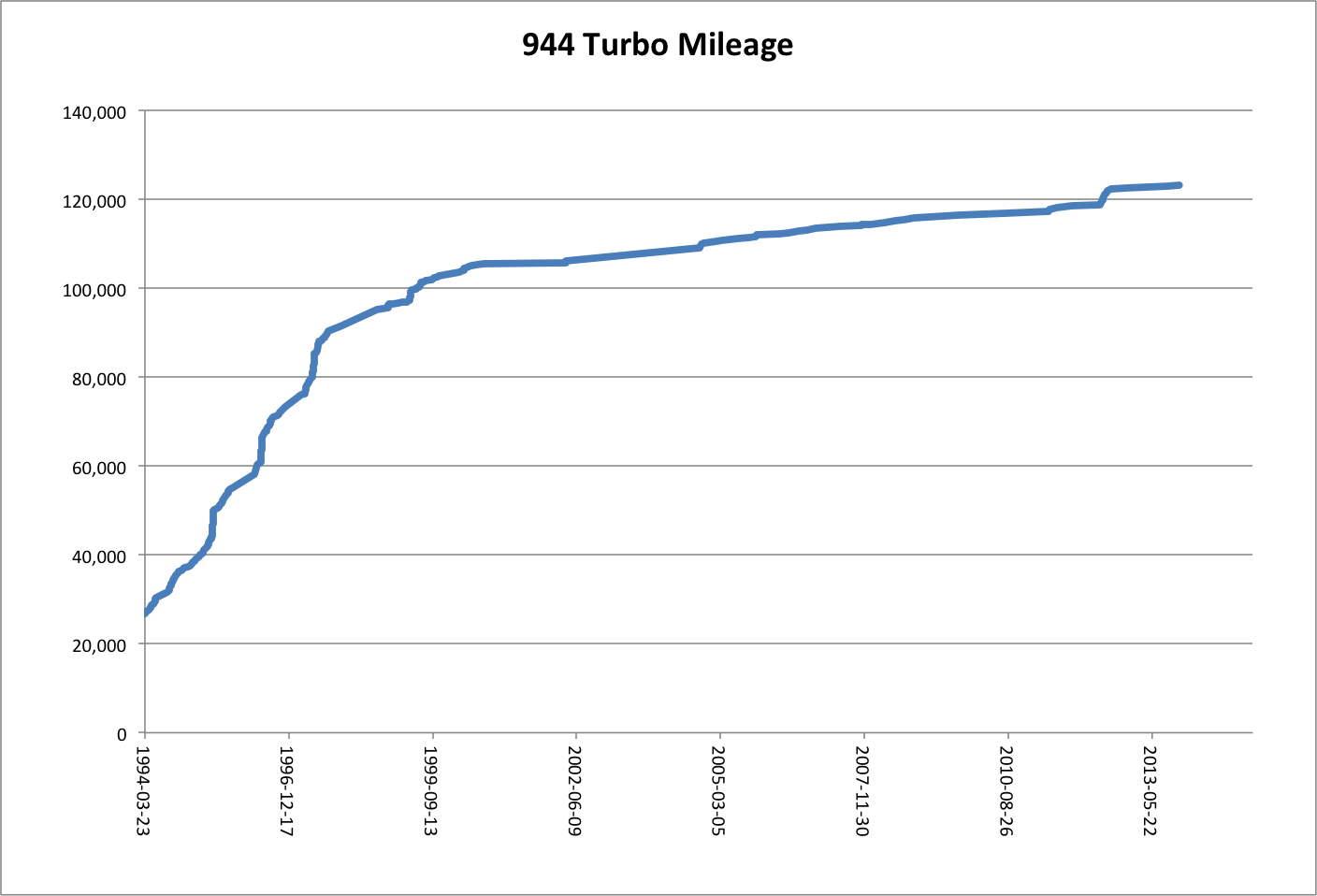 It’s asymptotically coming to a stop.

It’s certainly suffered a lot of indignities from its lack of driving use. It’s been used as a large horizontal surface for kiddie swimming pools, cooling pad for big pots, and even as a kickstand. As a three-year-old, my son used it to prop up his bike after he learned to ride (where did I go wrong here?!).

The lack of driving has given my car unique maladies. Last week was its bimonthly drive, so I took it to work. At the end of the day it started up okay, but when I stepped on the gas, it almost stalled. It would idle normally, but almost die whenever I gave it gas.

So of course I popped the hood and just stared at the engine for a while, as required by the Manly Code. I decided to take a look at the air filter so I went back to my desk to retrieve some tools. I distinctly remembered cleaning the K&N air filter just a couple of thousand miles ago, which worked out to be back in 2012.

I removed the screws from the air box, lifted it up over the air filter, and got treated to a shower of bird seed, spilling out all over the front of the engine bay.

Luckily, such circumstances are typically covered by my Haynes repair manual. After the mandatory chicken sacrifice and the removable of the back side window (it’s always one of the steps in 944 repairs), I was on my way again.

Such is the life of a 25-year-old car. I can’t really trust it to be an everyday car anymore. I worry about every errant sound, smell, or vibration. I now carry tools if I have to drive more than 15 minutes away.

I guess it’s not surprising that I don’t drive it much any more, and that it’s for the best. I just hope that when my exercise consists of lapping the shopping mall, I won’t find too much bird seed in my air box.

“Time is not measured by the passing of years but by what one does, what one feels, and what one achieves.”
—Jawaharlal Nehru

“The secret to owning a high-mileage car is a good, loud radio.”
—EMan