A man must have his guiding principles to lead him through life, like a shining beacon of clarity cutting through the troubling fog of our times. I have no idea what these principles are supposed to be, however, so instead I will write about my Rules of the Road which help minimize crankiness when I drive. If something more important than Driving comes up, then maybe I’ll come up with some rules for that, too.

“Rules are not necessarily sacred, principles are.”
—Franklin D. Roosevelt

Here are a few rules that come up frequently in my daily commute. I even try to follow some of them. The rules that I left out from this list are generally related to being a considerate driver. Since the last known considerate driver was last seen stopping to help a horse and buggy get out of the mud shortly before getting rear-ended by a distracted driver trying to send a wireless telegram, we’ll leave those rules for a future post.

“A man is usually more careful of his money than he is of his principles.”
—Ralph Waldo Emerson

There are many important, critical reasons why you should pass someone, such as they’re in front of you. Actually, that’s the only vital one that comes to mind.

2. Let the police car go faster (do not pass the policeman)

So there I was, in the middle of the night heading south towards Flagstaff, AZ on U.S. 89. I was in the Porsche 944 Turbo playing “chase the taillights,” a variation on another chasing game I used to play. The particular set of taillights I was chasing were quite a good distance away, but I was making good time.

Back then in 1996, no car had production radar-based blind spot detection, or any radar for that matter, but I used a Valentine One data acquisition device anyway, in case someone from 10 years in the future travelled back in time with their blind spot car. That meant that the radar signal I kept picking up with the Valentine was either a time traveller or police radar. It was intermittent and ahead of me. I was hoping for the time traveller.

That’s when my heart jumped through time and space when I realized that the taillights I had been chasing were in fact an Arizona state policeman. In a police Mustang. That I had caught rather quickly. I felt like the kid that hopes, “maybe mom won’t realize that the lamp in the living room is broken.”

I remember thinking to myself that as long as he can’t get behind me, he can’t pull me over. That’s when he slowed down from 55 mph (the speed limit) to 50 mph. I just stayed behind him. He dropped to 45 mph and I didn’t budge. We then came to an uphill grade with a passing lane, and he pulled to the right lane. I followed right behind him. We’re now both going 40 mph. Finally, I couldn’t take it anymore and I broke the rule. I started passing the policeman at 45 mph. As I pulled beside him, I looked at him and shrugged my shoulders. He just glared back. I expected him to hit his lights, but he never turned them on. I got in front of him and he just followed me at 45 mph while every one else passed us by. He eventually turned off the highway, letting me continue in peace. I eventually started breathing again when I got onto I-40. 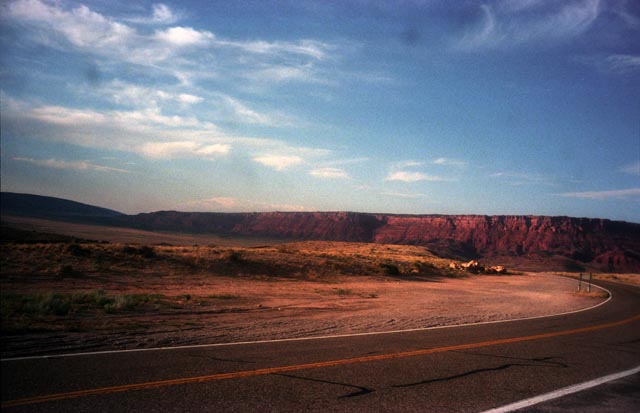 Edit: Found actual photo from actual trip of actual state of actual road a couple of hours before actual event.

7. Never follow a car if the driver is wearing a hat 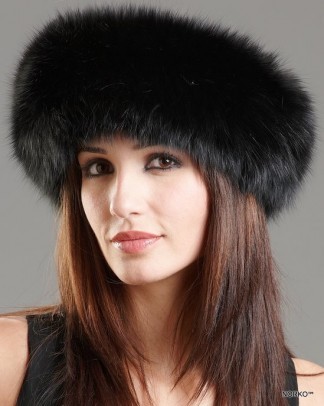 If you are following a car and do not see a head on which a hat can set upon, and can’t figure out how the car is being driven, treat the situation as if there is an imaginary hat on the imaginary head. Feel free to pick any of the hat list above.

9. Let the crazy driver by

You’ve seen this driver weaving, accelerating behind traffic and then slamming on the brakes (if you haven’t seen me, I’m apologizing ahead of time). Just let this driver by. Maybe take a different route altogether. The further you are from this person, the better. When he causes that inevitable accident, you want it far from you. As an added bonus, this driver may attract the police traffic ahead of you if you let him by.

Do not race this driver, do not antagonize or otherwise engage him. Let him go. It’s not worth it. If their driving is truly dangerous, consider calling it in (but pull over to make the call).

You’re driving at night down a deserted road far from civilization with just the radio for company. You haven’t seen any signs of life for some time. Suddenly your headlights fixate on a dark stranger looming ahead. He looks a bit disheveled and ragged, like he just finished playing hockey. He says he’s been walking for a while. You listen to his smooth story about breaking down a ways back and see the wild glint in his eye. He just needs to get to the next town so he can get some help for the friends he left back at the car. He’s even willing to pay for the gas.

So here’s the rule.

You can let him throw his suspicious looking satchel in the back seat and let him lead you to that abandoned gas station, but you must not allow him to change the music on the radio. You need to have your principles.

(The radio is always Driver’s choice.)