I got a traffic ticket the other day. A very special traffic ticket. It was delivered to me with love and care from Germany through registered mail. How thoughtful of the German government!

What was the ticket for? Well, it wasn’t for speeding on the unlimited autobahn. It was for following too closely on the A96 autobahn to Lindau.

How did the Polizei catch me?

What I’ve seen in the past (but not this time, apparently) was a police setup next to the autobahn with their camera/radar-y looking equipment. When I’ve asked German colleagues about this, they’ve told me it’s probably to check distances between cars. 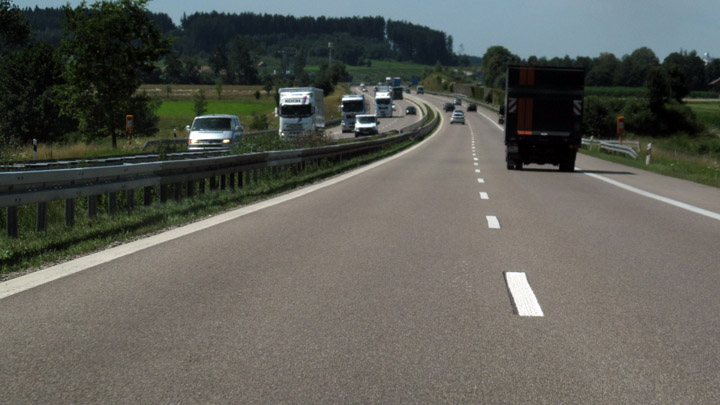 Lurking somewhere on this autobahn is… Der Kommissar

There are actually signs on the autobahns for this: “Abstand gleich halber Tacho.” Although I first mistook this for a Taco Bell ad for half-off food, I later found out it was a formula for following distance based on speed. If you’re traveling at 100 km/h, you should be back 50 m from the car in front of you. (As I mentioned before, the German driving test requires math.) There are markings along the autobahn shoulder that’s supposed to help judge distances.

while driving in a Volkswagen Beetle with license plate HH-OC 7126 (D). 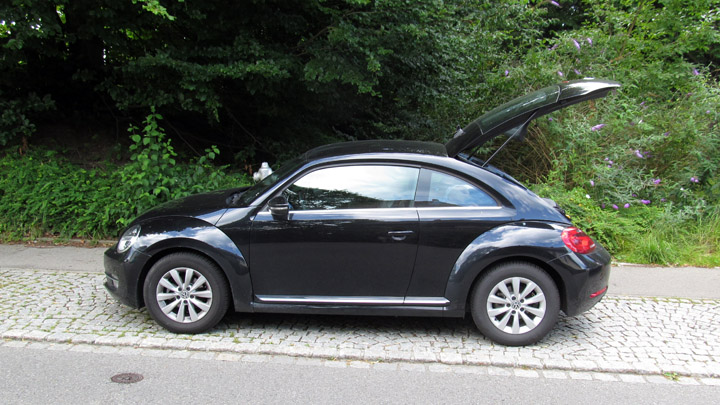 In typical German efficiency, they tracked down the car rental agency that gave me the car, found my contact information, got my American address, and sent me the ticket through registered mail. And as a courtesy to me, I can always fly back to Germany to their office in Straubing to see this filing.

So of course I paid it. I’m sure the German government knows what I had for breakfast this morning, so I’m not taking chances.

I have two discussion points for this ticket. First, I’m sure I deserved it. I hate the aggressive driving I see on the autobahn, so it’s not a good thing if I’m part of the problem. I wasn’t trying to be aggressive. I was probably just getting a running start to pass someone, but to someone else, that could be seen as aggressive driving. I shouldn’t have done that, regardless of how little horsepower my rental car had.

The second point is that the entire letter was written in German. I understood most of it, but I made sure to ask my wife exactly what it said just to be sure. The fine was in euro (€), with a warning that I should pay exactly this amount. And the method of payment was based on the German banking system.

I paid this on-line using my German bank account.

My question is: how is a typical American traffic-law breaker supposed to know all this and be able to pay the fine when every thing is German? That’s just so Un-American!

A real patriot is the fellow who gets a parking ticket and rejoices that the system works.
–Bill Vaughan