I wasn’t able to see an auto show in 2017, so I was looking forward to going to the Detroit Auto Show (North American International Auto Show) this year. Of course, life conspired against me, and I almost missed it this year. I was just able to go on the last day, thanks to my wife (she made me go).

Many people look forward to the New Year for a new start on old habits.
—Unknown

The crowd seemed as expectant to see the new cars as in every other year. I heard excited kids wanting to see the sporty cars. I heard husbands trying to convince their wives on the cars they wanted to get. I heard a young woman explaining to her friends the difference between the engine in her Pontiac G8 and the Corvette’s.

The future may be autonomous, electric vehicles, but for now people still like the current crop of cars.

The car that I really wanted to check out was the BMW M2, but I couldn’t find one. My favorite marque, Porsche, was also absent from the show. However, I re-discovered an old favorite—Alfa Romeo.

I would be okay with an Alfa Romeo Guilia Quadrifoglio, a Stelvio Quadrifoglio, and a 4C in my garage—all the cars Alfa Romeo currently sells in America. I can’t afford any of them, and stories about their reliability scare me, but Alfa Romeo had the most exciting vehicles for me at the show.

Normally I would show pictures of all of these cars that I just mentioned, but in going through my photos, I was a bit shocked at the the number of wheel, tire, and brake photos that I took. So that’s what I’m going to post.

I love the five circles of the Alfa Romeo wheels1not “phone dial” wheels, and the script font on the brake caliper. This is, of course, the most unfocused picture I took of a wheel all day. 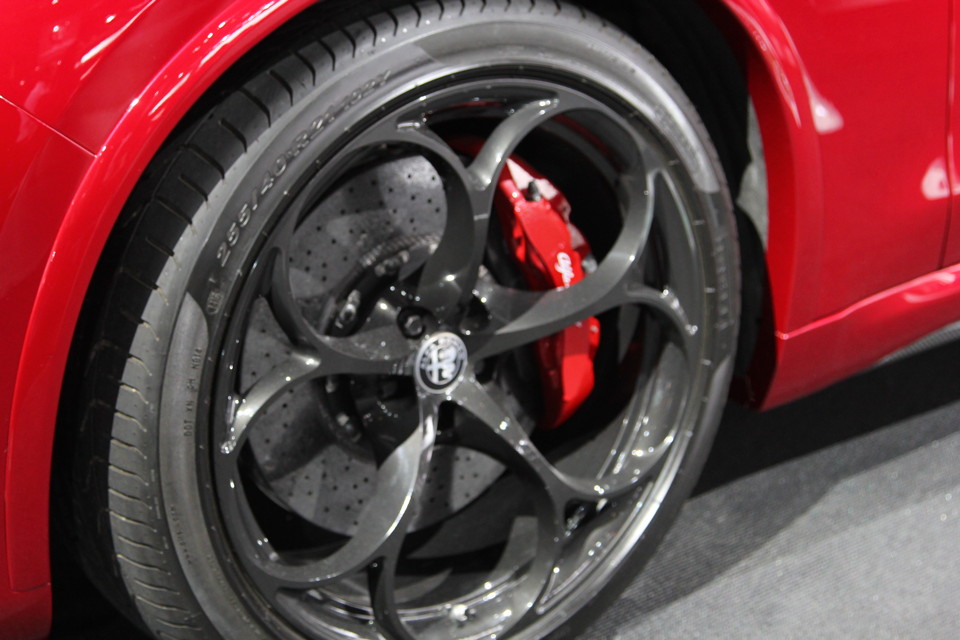 The rubber of these Pirellis seem to be painted on these rims. It’s too bad that the actual yellow paint on the rubber doesn’t match the yellow of the calipers. WWSJYA2What Would Steve Jobs Yell About?

I was so disappointed in not finding a BMW M2 that this is the only BMW picture I have. It’s probably from an SUV. 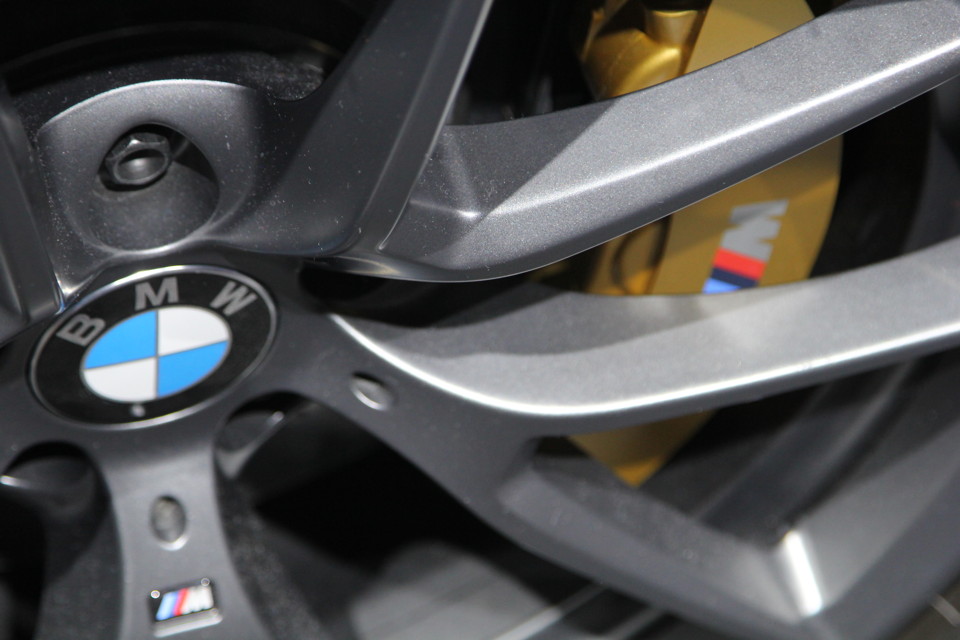 This Lexus has a 2-piece brake rotor, with 5 boomerangs. 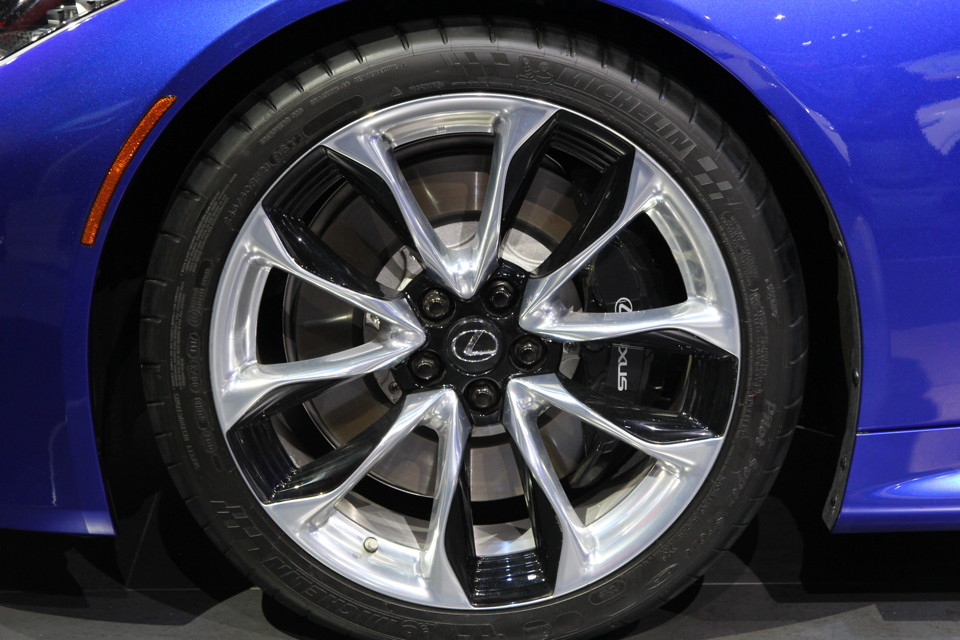 How about a tire made out of random things and needs no air? If this means no more flat tires or bent rims from Michigan potholes, I’m in. (Oh, by the way, it’s recycleable, biodegradable, and 3D-printed.) 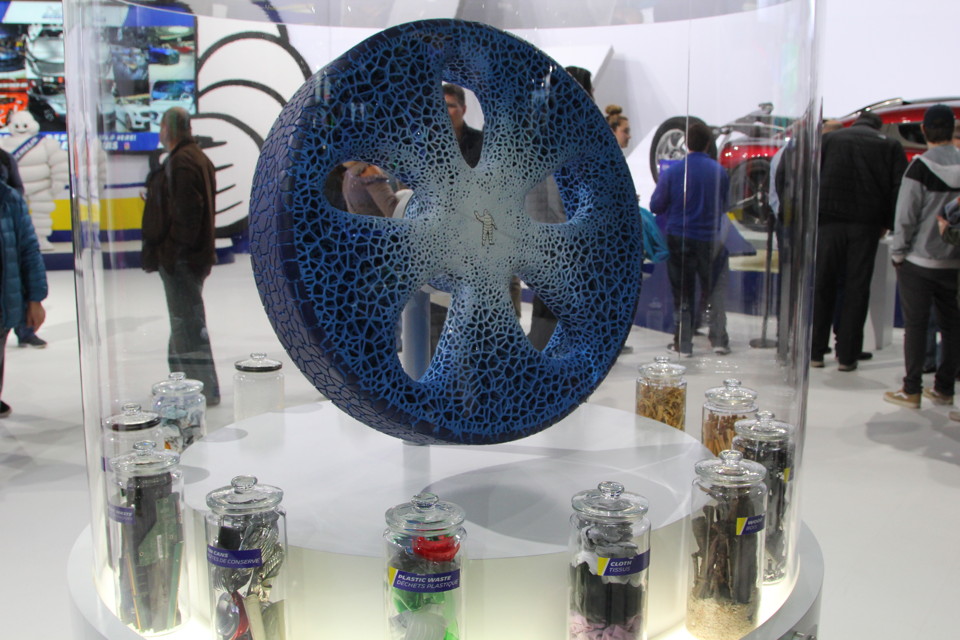 I mentioned that I liked the front tires of this car, but it was the rear tires that intrigued me. The proportions made it look comical. This Nitto drag tire is 315 mm wide, but mounted on 18-inch rims (instead of typical 20-inch rims). I would say the tires make the car look cartoonish, but the whole car is cartoonish. I love this car, even if it’s definitely not for me. I’m so glad Dodge made it. 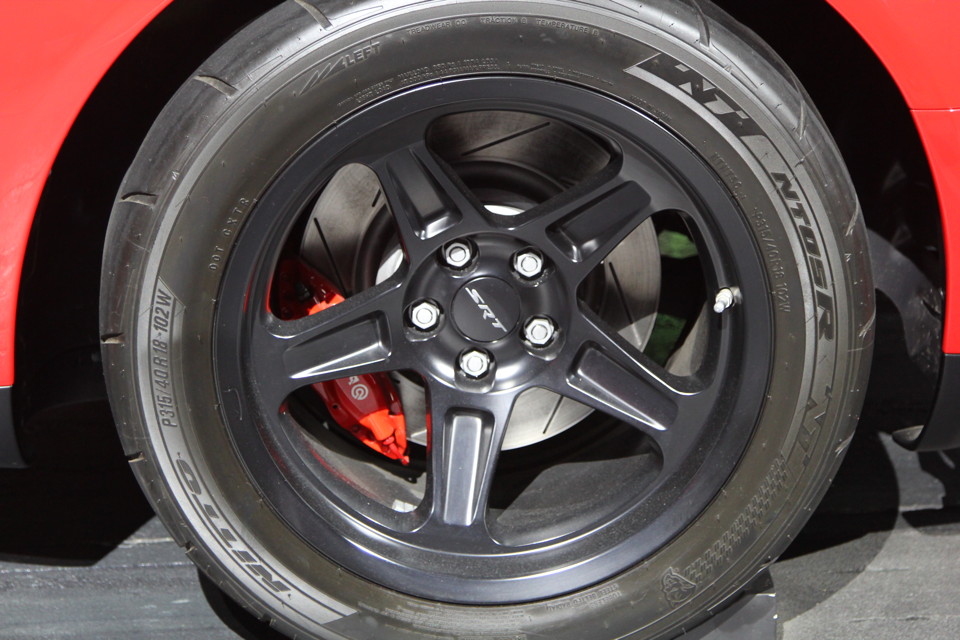 The Kia Stinger has Brembo brakes. I had to keep repeating that in my head. 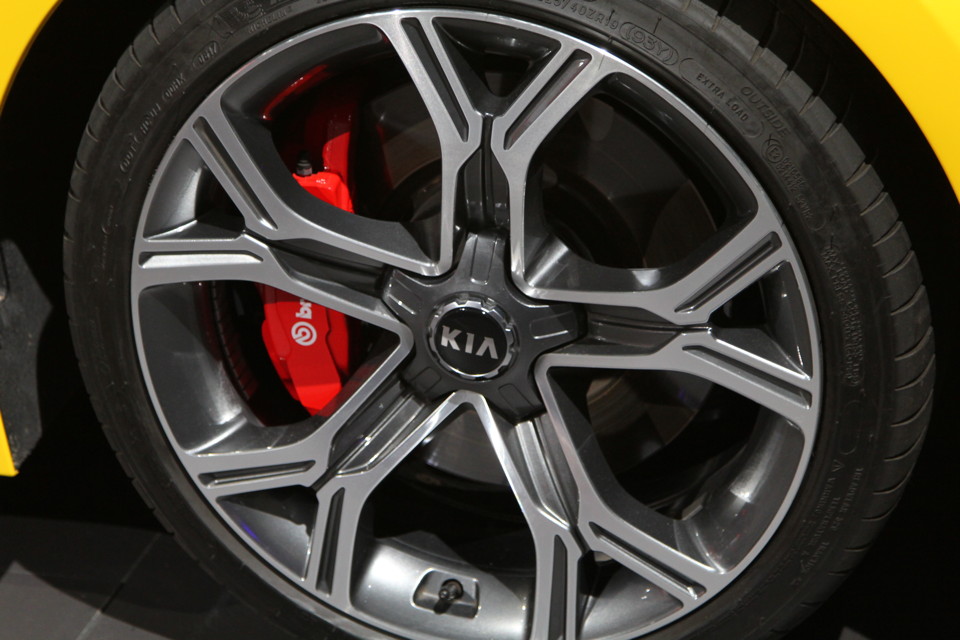 If you spend $50,000 on a Subaru (my sentimental favorite), you get drilled rotors. And a carbon-fiber roof and wing. 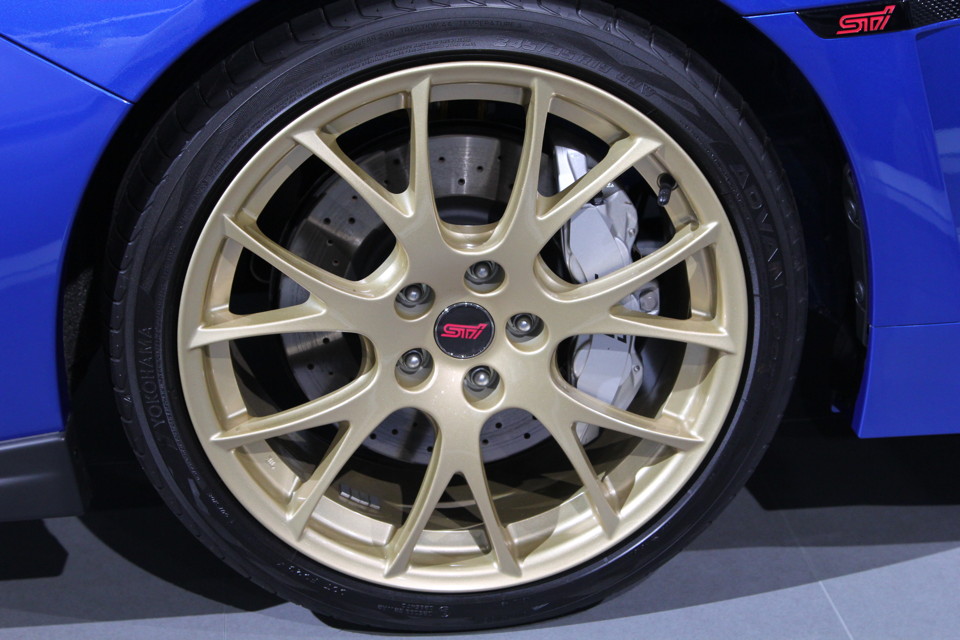 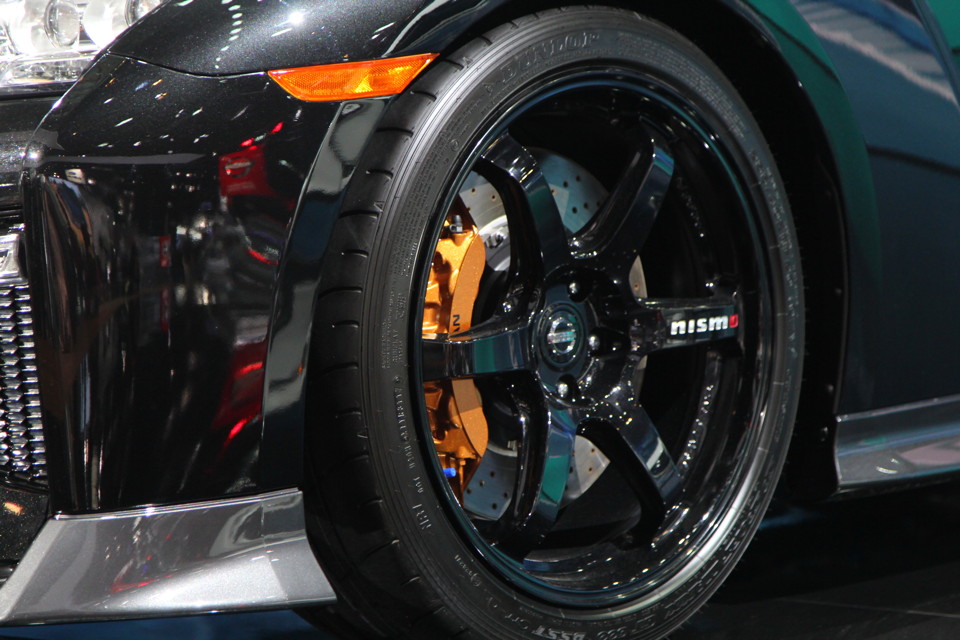 13.8-inch rotors will fill an 18-inch rim, but will look undersized with the Civic’s 20-inch (!!) rims. In the rear, the rotors look positively puny. At least they painted the floating calipers red to match the front Brembos. Or are those the parking brakes? 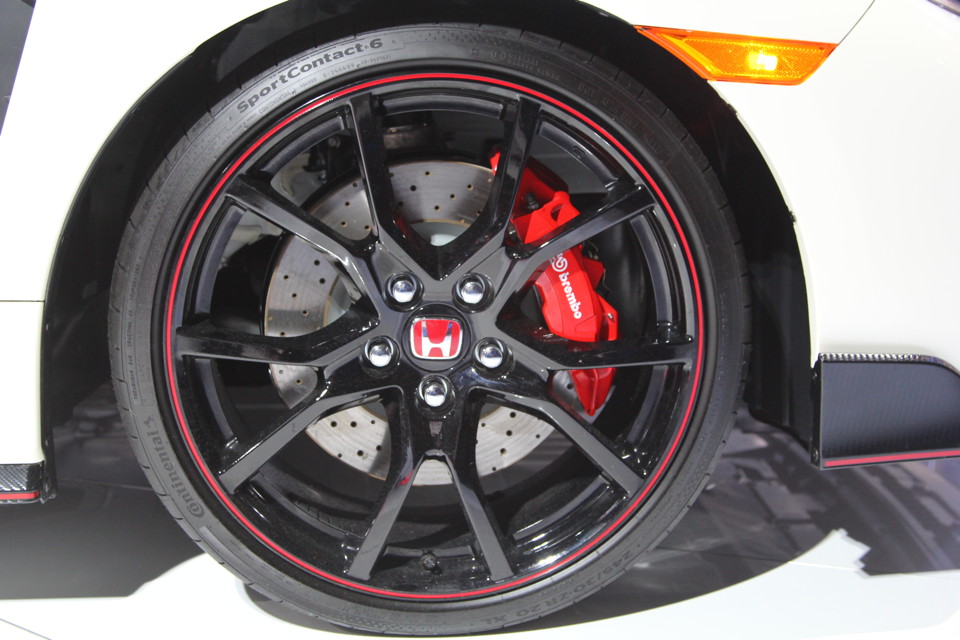 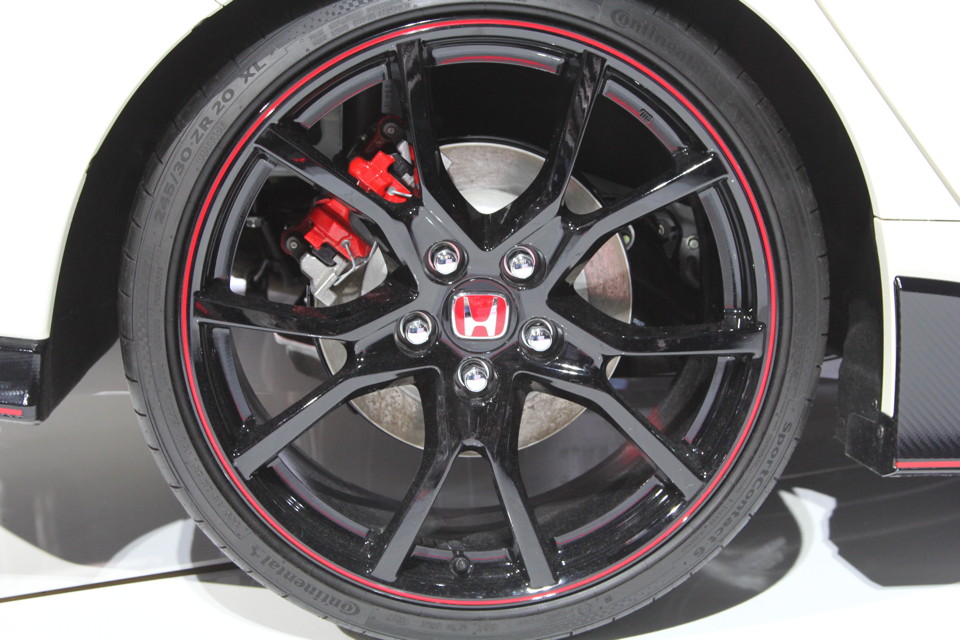 Yes, I work for this tire company, but I really like the old-timey font on this modern race car. 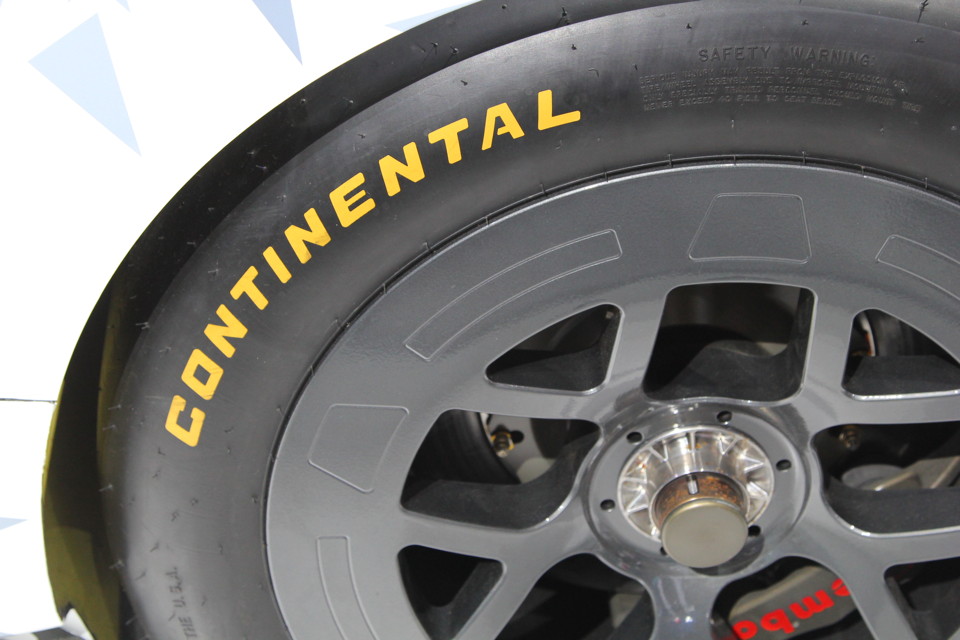 The NSX tires has the current Continental logo. 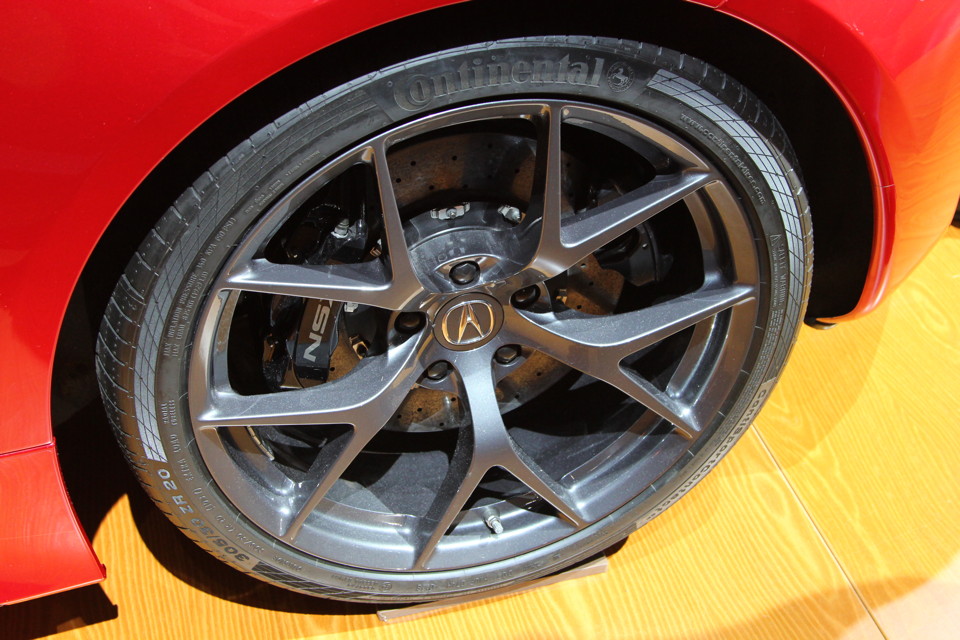 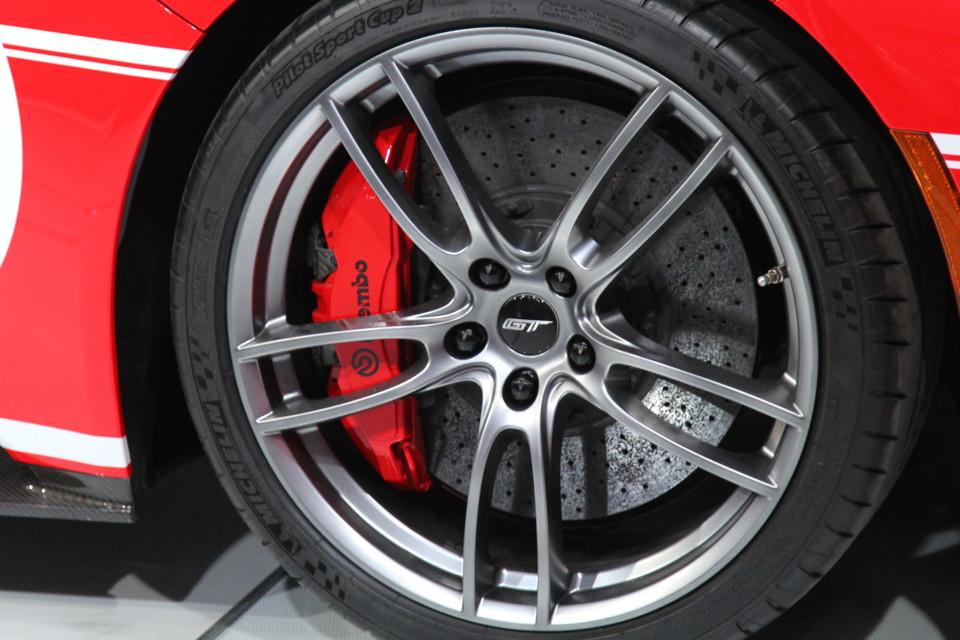 This 650-hp Camaro has pretty boring rear rotors. The tires, on the other hand, look all business. 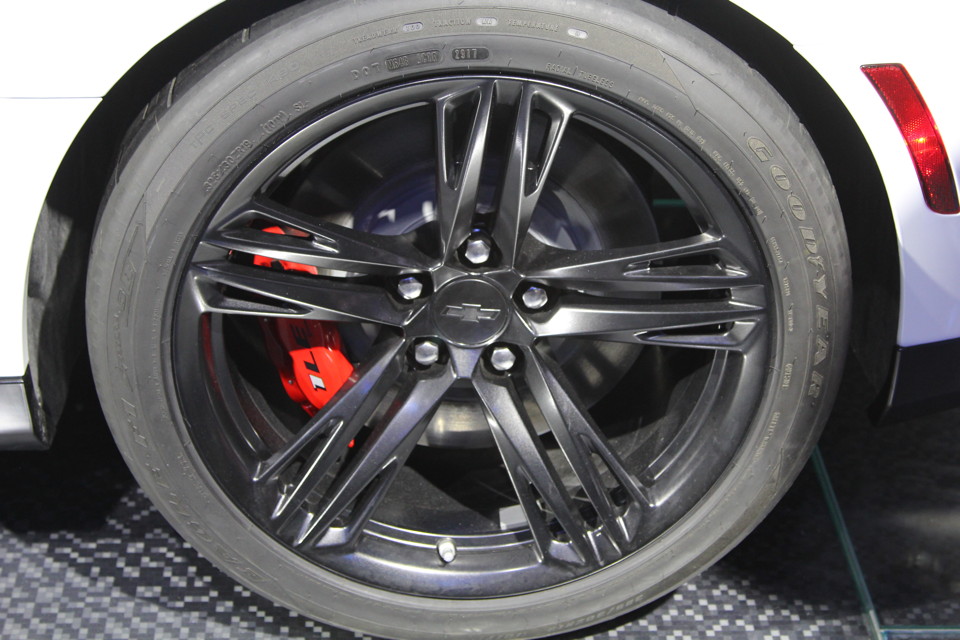 The rotors on the Corvette Grand Sport has random swirls that make it look like somebody screwed up (nobody did).

The ZR1 gets blue (devil) rotors. It also semi-intentionally beat the Ford GT at VIR. 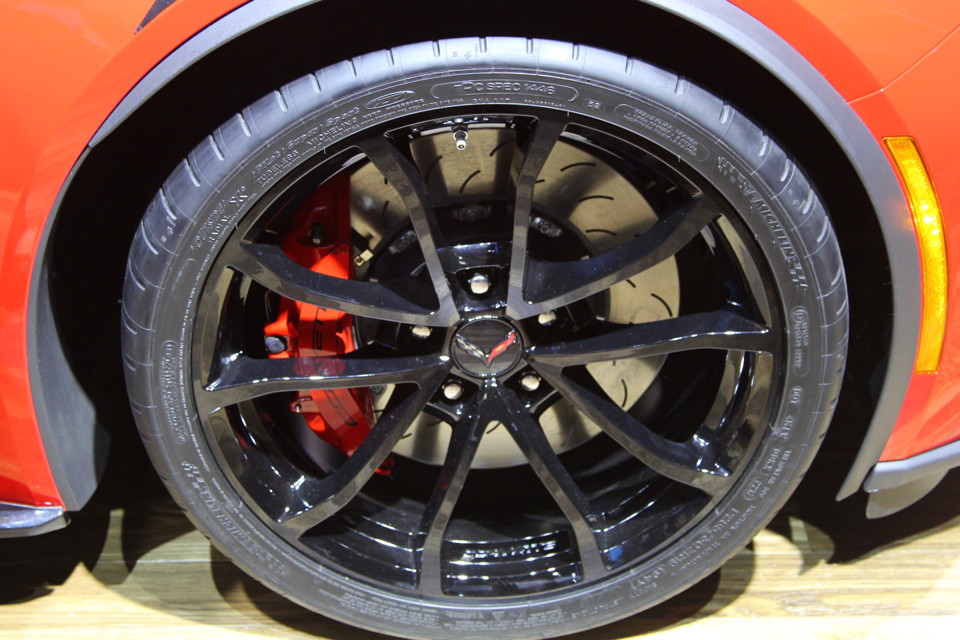 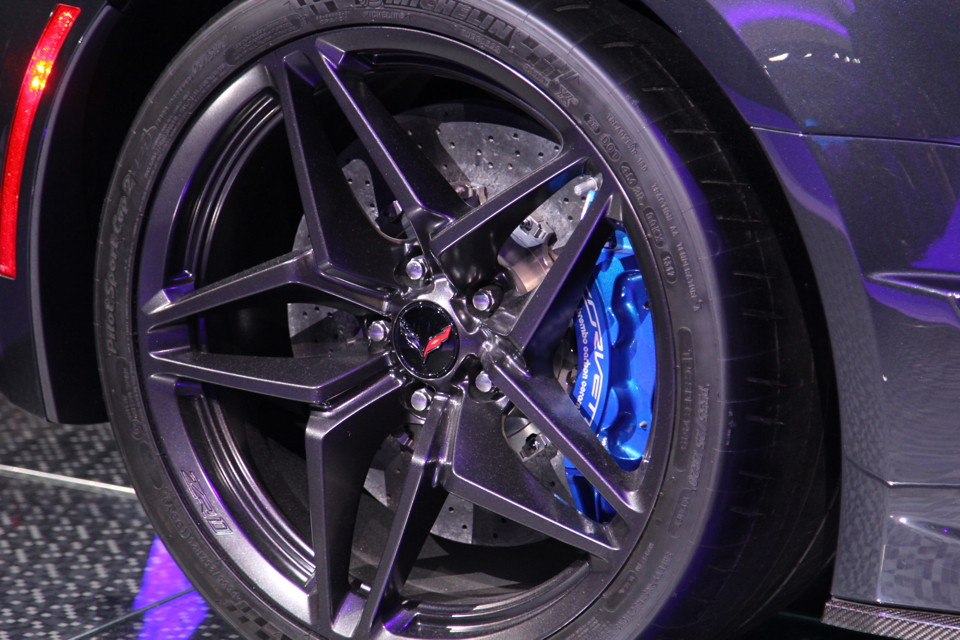 How did people survive driving 50 years ago? 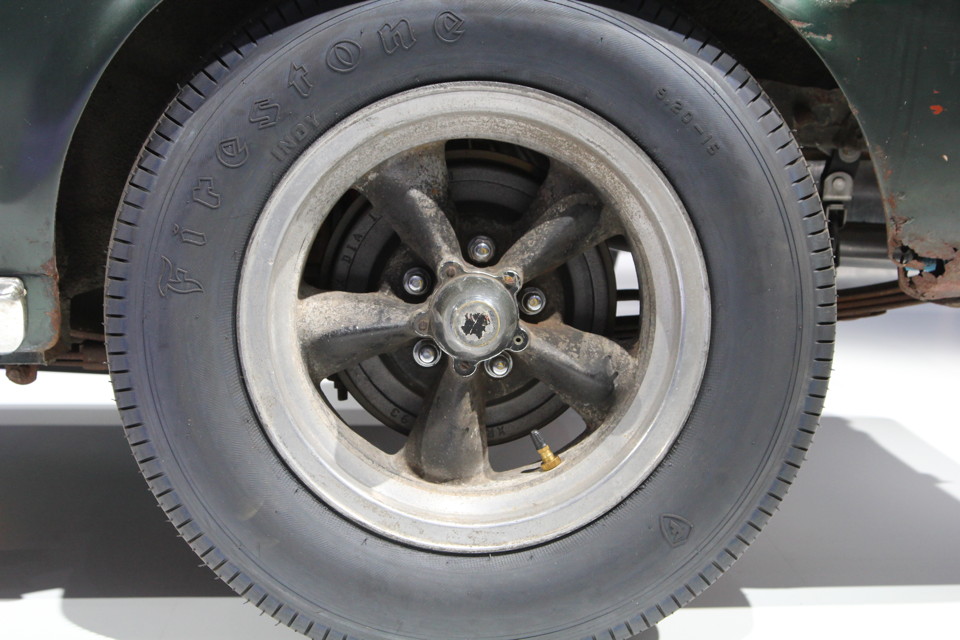 If a self-driving vehicle can drop me off at Cobo Hall and then go find a parking spot in downtown Detroit, then I’m ready for the future.