I’ve just finished reading/listening some of Ian Fleming’s James Bond novels. I had never read these before. We all have our image of the dashing James Bond based on the movies. He drinks dry vodka martinis—shaken, not stirred. He carries a Walther PPK as his main weapon. And he drives an Aston Martin.

Except when he doesn’t.

At least, not early in the book series. He does drink vodka martinis, but he loves bourbon. His gun of choice was a Beretta 418—until Dr. No, the sixth novel, when he switched to the Walther PPK on Geoffrey Boothroyd’s recommendation to Ian Fleming. And his first car was a Bentley, a car Fleming never owned. Bond didn’t drive an Aston Martin until Goldfinger. It was a battleship grey Aston Martin DB Mark III, a company car. This became the famous DB5 in the movie.

The book version of James Bond is a little different than the movie James Bond. The book Bond will apologize for having to kill someone, for example, while the movie version is more cavalier about it. I tried hard to forget about Sean Connery, Roger Moore, Daniel Craig, etc., to give the novel’s James Bond its own character. It was Timothy Dalton’s James Bond, however, that kept popping up in my mind as I listened to his adventures in the books.

Ian Fleming wrote his novels back in a different time, with the first novel, Casino Royale, published in 1953. Our politically correct society today would probably find Fleming’s stereotyping of race and gender (and use of adverbs) uncomfortable, even as he wrote excitingly.

James Bond, chain smoking 70 cigarettes a day and a significant alcoholic, would even probably have a difficult time securing affordable health insurance today. I can’t see Bond picking up sustainable, organically grown kale or arugula at his local Whole Foods.

And back then, good driving was a skill that only few had. Well, I guess that hasn’t changed today. 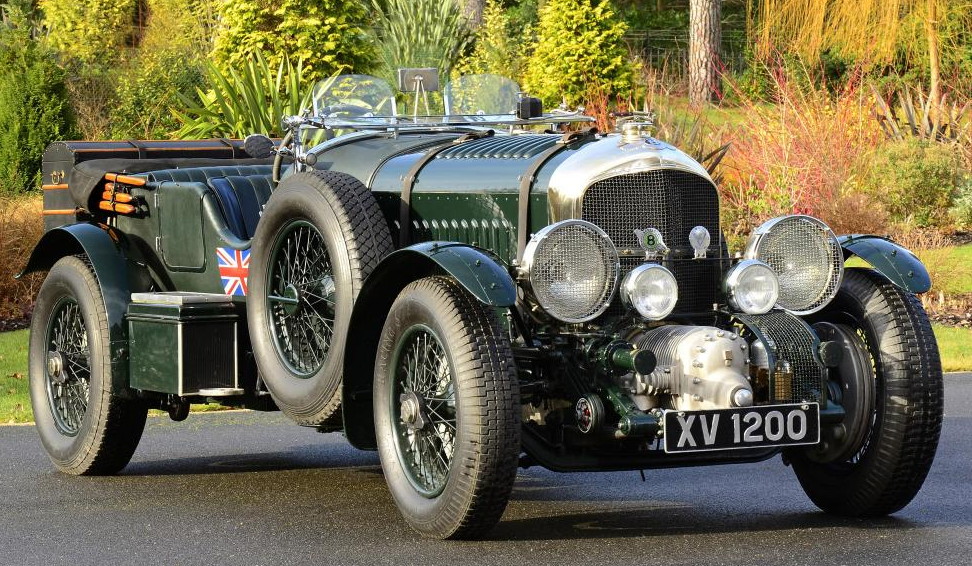 Bond’s first car was a 1930 Bentley 4½ liter[1] with an Amherst-Villiers supercharger and French Marchal headlights. With 175 hp (Fleming wrote that it had 25 hp), it can thunder down the road at 138 mph. It was a convertible, and in Moonraker, he donned his goggles and chased Hugo Drax (in a Mercedes Type 300 S) with the top down, his face gritty and bloodied from dirt and insects.

Being his personal car, it didn’t have ejector seats, oil squirters, or submachine guns in the headlights—just a long-barreled Colt .45 in the glove box. It crashed in Casino Royale, and again in Moonraker, when it was totaled. He promptly went out and bought a 1953 Bentley Mark VI in battleship grey, the same color as his old Bentley.

I can see today’s James Bond still buying a Bentley with his civil servant’s salary, but maybe not a convertible. He would probably go for a Bentley Continental GT Speed. 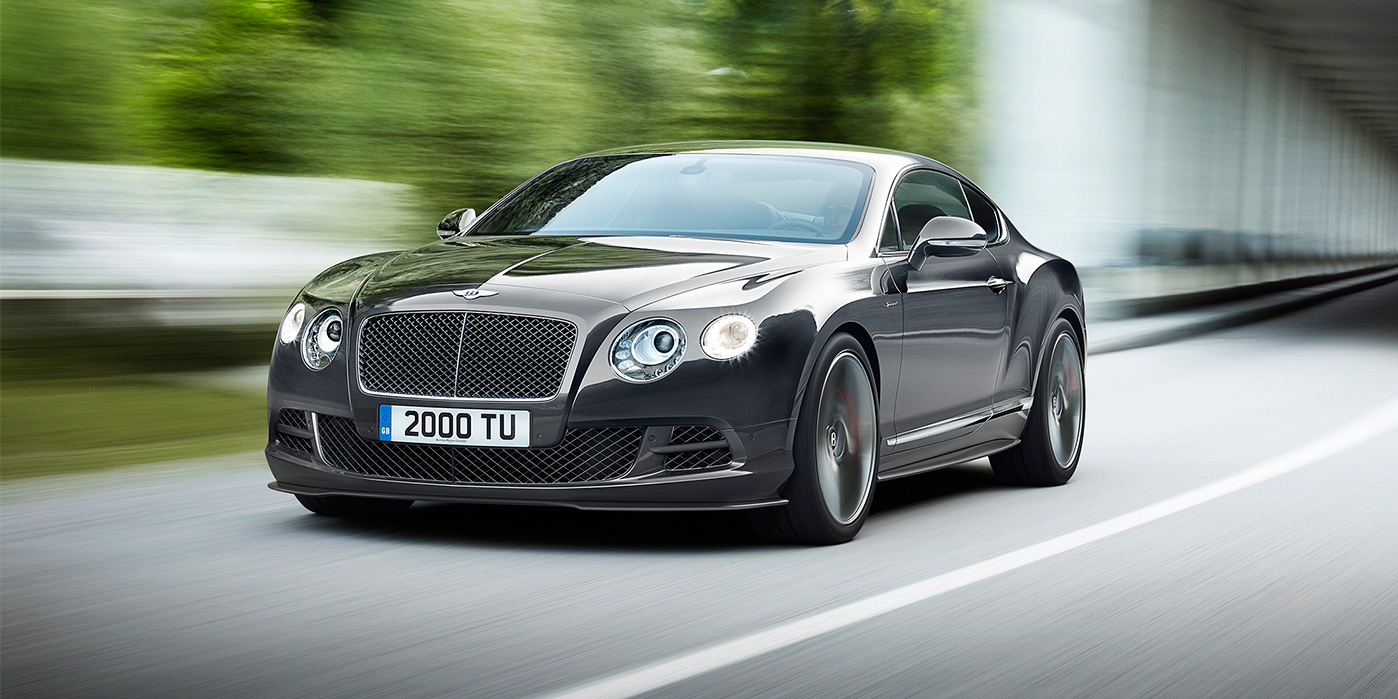 source: Bentley Motors
Bond was partial to the color grey, which is apparently very similar to gray

Bond’s cars have played important roles in his film. Here are my three memorable Bond cars from his movies. These cars are not necessarily great cars, but they immediately caught my attention when I saw them all those years ago. Sure, Bond films have had cars that flew, turned invisible, and could be driven by a pre-iPhone smart phone, but the cars on this list were the ones that contributed most to my abnormal affection of cars.

My family didn’t own a car until I was 8 years old. The coolest car I saw in this time period was a blue Ford Mustang Mach I with the widest tires I had ever seen. So when I saw this Mustang in Diamonds Are Forever, I was smitten. And when he drove it on two wheels through an alley in a car chase in Las Vegas, I thought that was the most fantastic stunt I had ever seen done with a car.

What I never noticed until now, though, was that it went into the alley on the right two wheels, and came out on the left two wheels. There is a shot in the passenger compartment that makes it appear like the went from a right tilt to a left tilt while in that alley.

A topless red Ferrari on the winding roads around the hills of Monte Carlo driven by Georgian belle Xenia Onatopp with engine wailing—that’s it, no more explanation necessary.

One may wonder, however, how a 1965 Aston Martin DB5 can keep up with a modern Ferrari which has about 100 more horsepower and an actual suspension.

The Lotus was chased, in order, by:

All that’s missing is a sharkopus with lasers.

The Lotus looks dated to be me now, but if you would have told me back then that it was designed by aliens from the future, I would have believed you.

source: The Spy Who Loved Me
The Lotus with Elon Musk driving

In For Your Eyes Only (1981), the Lotus was upgraded to a Lotus Turbo Esprit, with car alarm. The Turbo was one of my favorite cars of the 1980s because of James Bond. I probably had a poster of it in my dorm room. Unfortunately, it was in the movie for only about 30 seconds.

source: For Your Eyes Only
This will not end well

If you own a Tesla with software update v5.9 or higher and love the Lotus, here is an Easter egg for you.

The Lotus car chase in The Spy Who Loved Me may have had a bit of everything in it, but my favorite Bond car chase didn’t involve him driving a car. Here is Bond destroying most of a city/studio in a Russian T-55 (modified to look like a T-80BV). Sure it’s a bit over the top (what Bond car chase isn’t?), but it also just looks like good, clean fun.

Crankiness Rating: 1 out of 11 (Because Bond cars)