I recently witnessed an accident at a traffic circle. The traffic circle was constructed not too long ago at the intersection of M5 and Pontiac Trail (Wixom, MI—see below). A car came into the circle when it shouldn’t have and hit the car I was following. I pulled over to make sure every one was okay and stayed to give my statement to the Oakland County sheriff who took the report. 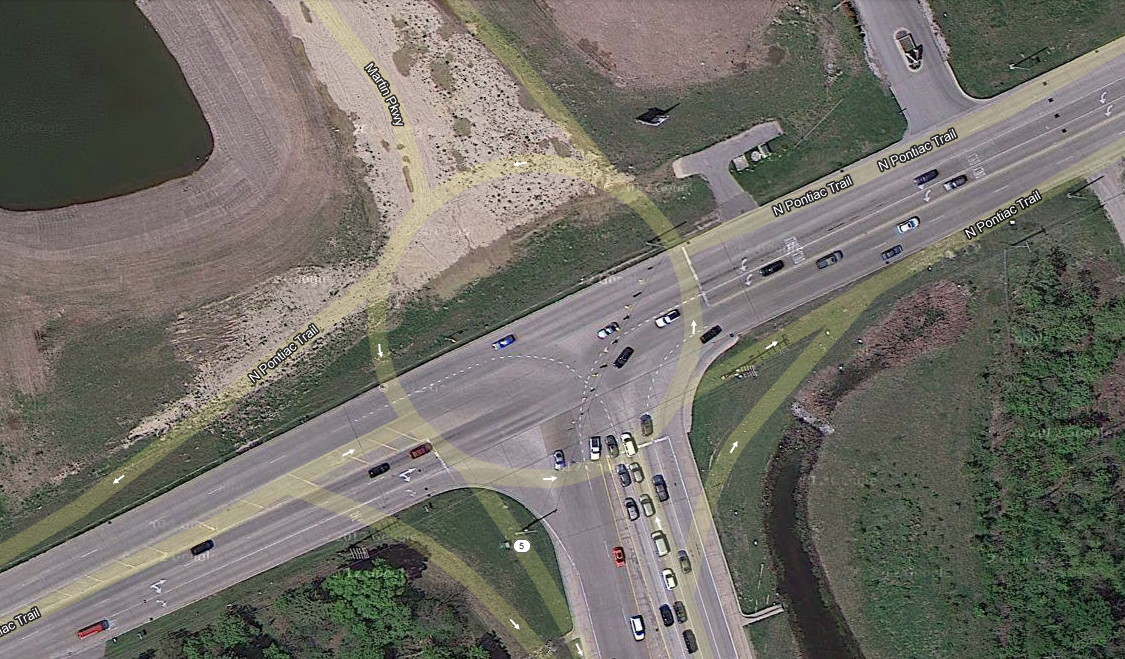 Even Google’s all-knowing satellites don’t know it’s there yet.

As I stood there waiting for the police to come, I watched the traffic in the circle. It was insane. I saw several near misses in about 20 minutes. Michiganders just don’t understand traffic circles.

Personally I love traffic circles. I have no idea if they truly help traffic, but I think they’re fun. I drive through three traffic circles on the way to work every day.

They’ve had traffic circles in Europe for a long time, but just started installing them in Michigan the last few years here.

There appears to be 8-12 lanes around the Arc de Triomphe, possibly depending on the position of the sun and the price of tea in China.

Over in Brighton is a pair of traffic circles, the only binary system in North America back in 2006 when they were first built. A third one was added, making this a triple. A few smaller traffic circles have cropped up the metro Detroit area since then. 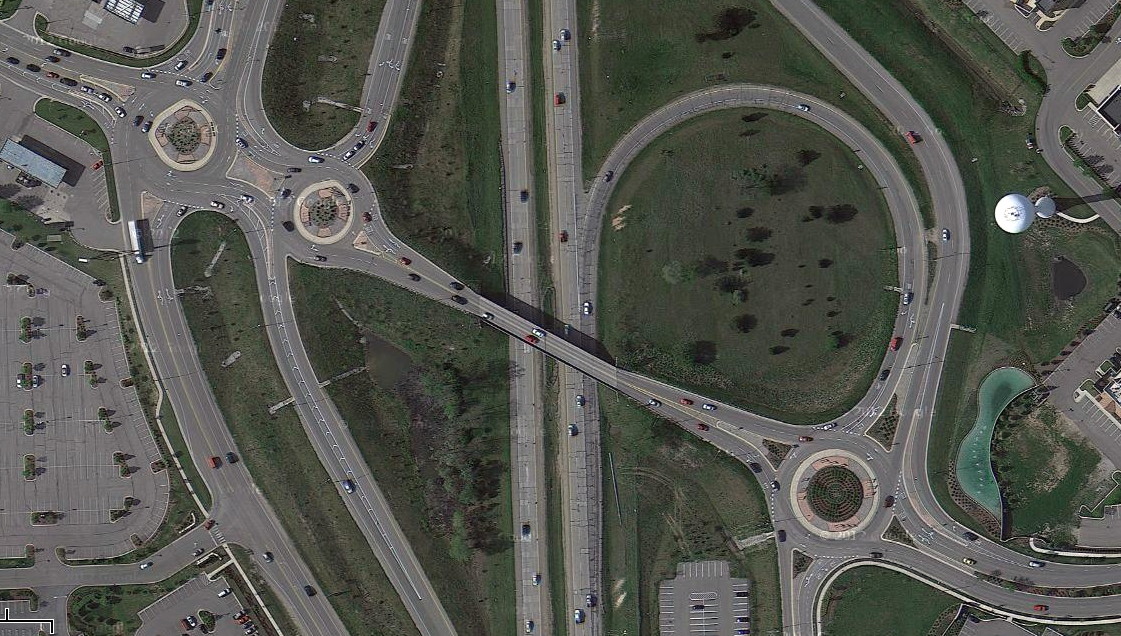 There is evidence that M. Night Shyamalan may have had a hand in building these circles.

The problem I see is that most Michiganders/Detroiters have never seen a traffic circle, and have never been instructed on how to proceed in one. Well, maybe it was covered in a sentence or two in a driver’s training class, but that’s being generous.

So now we have traffic scenarios which drivers have never experienced and don’t know what the rules are. The result is randomness. People do whatever they want in these traffic circles.

See? It’s not that hard.

The responses of the two drivers from the accident were telling. The driver in the traffic circle with me was an older man (60s?) from Europe. He said he’s been driving with traffic circles for 45 years and has never had a problem. This was his first accident ever. (I didn’t ask how long he’d been driving in the United States.)

The other driver was a middle-aged woman who lives in the area. She said she hated this traffic circle when they made it, and now she’s never driving in it again.

The unthinkable solution here, of course, is to train people to be better drivers. This would be in the same school where they learn to eat more healthy, manage their money appropriately, and find cures for terminal diseases. (Assigning ringtones on smartphones is left for the advance classes, however.)

If you have to drive, my preferred solution for you (and not me) is Google cars. So please, just stay in front of your computer screen and off the roads until Google delivers one to your driveway. Thank you.

June 24, 2013, 3:41 pm: I just found out I’ve been using the wrong term throughout this article. The State of Michigan considers what I keep calling “traffic circles” as “roundabouts.” I’m not changing what I just wrote, so please just pretend it’s been corrected. Besides, who would be afraid of the Rascally Roundabout?