A friend of mine is on a foreign assignment to Romania for a couple of years. The city where he’s located, Timisoara, is nice enough, with a university and a technical industry, and was the first mainland European city to be lit by electric street lamps in 1884.

When I first travelled there over 10 years ago, the airport was previously used by the military, and AK47-armed soldiers were posted around the terminal building, guiding us as we walked from the airplane to the terminal. Commercial planes did not stay overnight, as the hangers, camouflaged and covered with dirt, were used for military jets. Getting through immigration was always entertaining.

Outside of the airport, the people there are friendly, and we have a lot of young, fun-loving colleagues there. I’ve visited Romania quite often, but I’ve never really wanted to stay for an extended period of time—until this.

This is the Transfăgărăşan, a road in Romania. My friend sent me this vacation photo, apparently in an effort to taunt me (although he does not have an outrageous French accent). 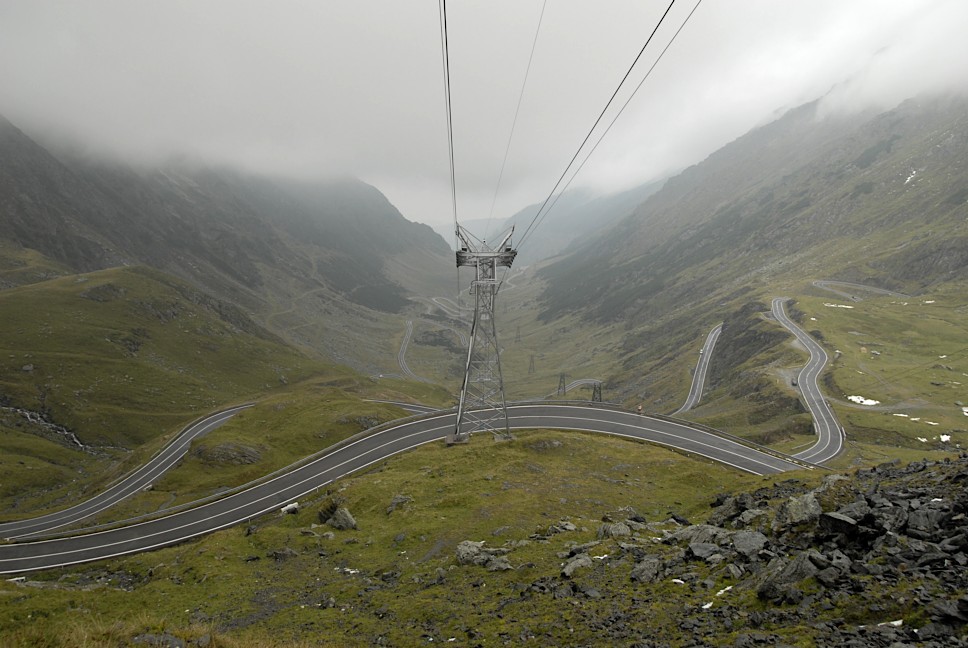 The road was built in the early 1970s by Nicolae Ceauşescu, the former Romanian dictator, as a military route in response to a Soviet invasion of Czechoslovakia. (Apparently, Romulan tanks must be able to corner like they’re on rails. And what is it with dictators and fabulous roads?) It’s 90 km long over the Făgăraş mountains (Transylvanian Alps). According to Wikipedia, the road connects the historic regions of Transylvania and Wallachia, and one of its attractions is the Poienari citadel, the home of Vlad III the Impaler’s moustache.

It’s also the only decent road in Romania. Every other road I’ve been on looks like it was carpet-bombed to disguise how bad the potholes actually are. In the city where my friend lives, the roads are easily worse than here in the Detroit area (where only the buildings look like they’ve been bombed).

In Top Gear’s first episode of series 14, Jeremy Clarkson declared the Transfăgărăşan as the best road in the world, even better than the Stelvio Pass in Italy. This was shortly after insulting the Romanian people in ways too numerous to count.

So now I’ve added both the Transfăgărăşan and the Stelvio Pass on my list of roads to drive on. Getting a nice sporty car to Romania may be an issue, so I may have to take my chances on whatever car I can get my hands on there.