Germans must be anti-American. Germans do not celebrate the 4th of July, Martin Luther King, Jr. Day, or Thanksgiving. And while Germany has a baseball league, is the home of the ancestral hot dog, and allows a few Chevys, it has no apple pie (it does, however, have Apfelstrudel, Apfelstreusel, Apfelkuchen, Apfeltasche, and even McDonald’s original tongue-scalding hot apple pockets). 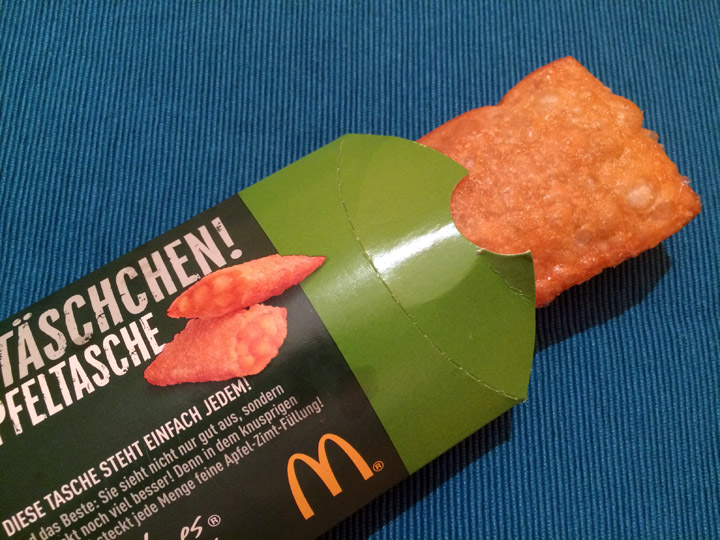 This is the real reason I stay away from McDonald’s here—
I will eat as many of these as I can every time.

But the most socialist, anti-American concept here, of course, is the ironical Rechts vor Links (right before left).

Rechts vor links is a law in which the car on the right at intersections has right-of-way.

Sure, there’s probably nothing inherently wrong with this straightforward law. But since Americans come pretty close to Germans when it comes to complaining (count how many different words Germans have for complaining—it gets close to the number of words for “snow” in Eskimo), I’m going to use my God-given American right to complain about a law in another country.

As might be expected from a country with egalitarian goals while still living in a hierarchical culture (I’m looking at you, Herr Professor Doktor), this law is good in theory but less than ideal in practice. At least, for this American.

There is a similar law in the most U.S. states, but in most cases, the actual rule that drivers follow is whoever gets there first goes first (first come, first serve—as reflected by our culture). Once in a while someone follows the law and screws everything up.

Chaos was the law of nature; Order was the dream of man.
—Henry Adams

Let me recap this German law.

When coming to an intersection, the car to the right has right-of-way unless:

Taken at face value, this is a pretty simple rule. The German example in figure 1 below shows the blue car approaching the intersection while the purple car is already there. So of course, the blue car has right-of-way. There’s a good chance that an American driver may accidentally make the right decision here.

In the U.S. the purple car would probably try to go because it was there first. Once in a while, someone invokes the Goofy Gophers Courtesy Clause, where drivers try to out-nice each other in letting the other go first. This turns into a Mexican standoff of flashing headlights and waving hands with everyone waiting for the other to go. The alternative would be everyone going at the same time, crashing in spectacular fashion. Let’s make America wait again! 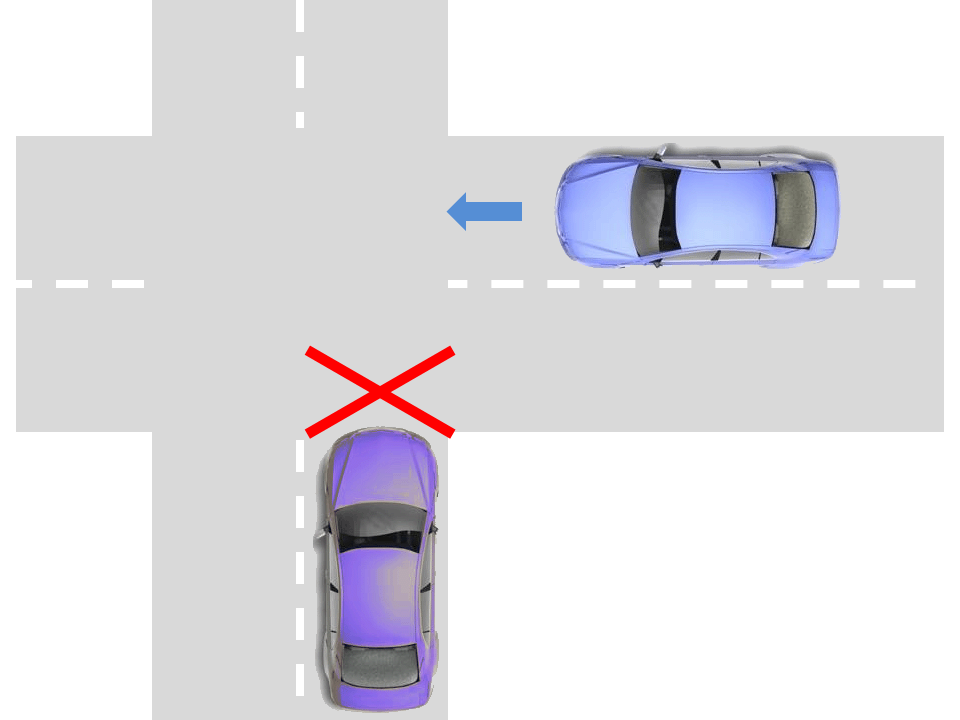 Figure 1: Blue car has right-of-way
Also, don’t get me started on why the striped lines are white

In this second example (figure 2), the blue car approaches a T-intersection. Even though it would naturally have to stop, while the purple car has no natural impedence, the blue car has right-of-way. An American driver, if he doesn’t hit the other car, would be cursing at bad German drivers. 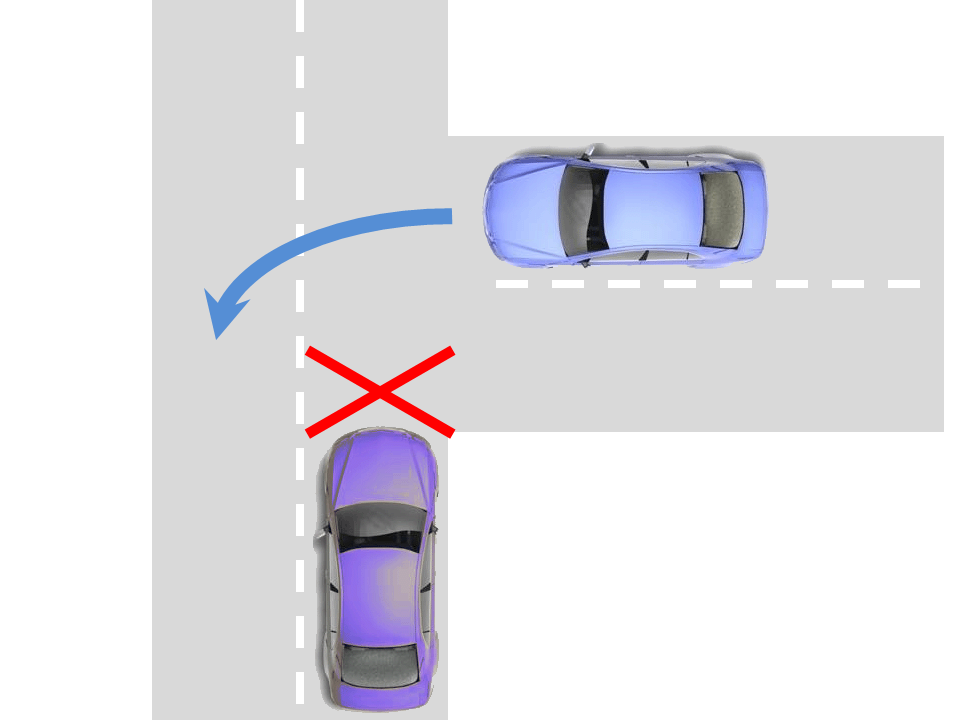 Figure 2: Blue car still has right-of-way, even in this T-intersection

Okay—pop quiz, hot shot: who gets to go first in figure 3? 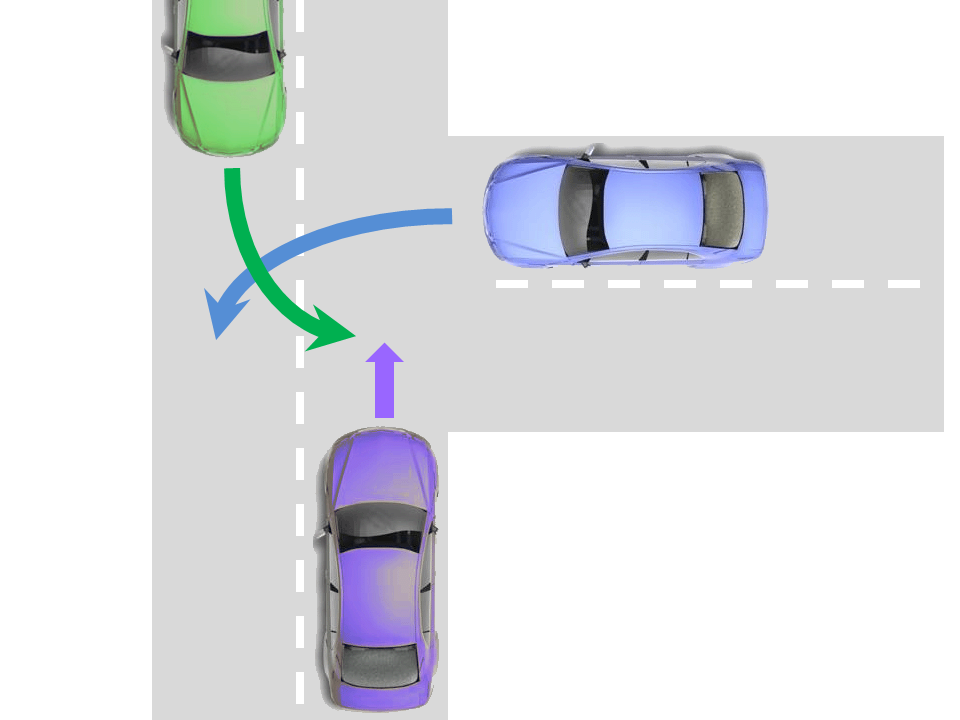 In the last example below (figure 4), the purple car would have to wait until all the cars (blue, green, and red) go through the intersection, because in each case, rechts vor links.

An American driver would be trying to sneak between the blue and green car while the other drivers point repeatedly at their temples or make wiping motions over their faces.

The British green car in the middle would, of course, veer out of line, go over the curb, and drive through the grass just to get out of the harmonious flow of traffic. Or as they say here in Germany, Brausfahrt.

And what happens in the classic scenario of four cars arriving at the same time? I’m pretty sure here it’s based on the proper pecking order of something like Porsche, Mercedes, BMW, Audi, and then other German brands.

In America, the pick up truck will probably go first. 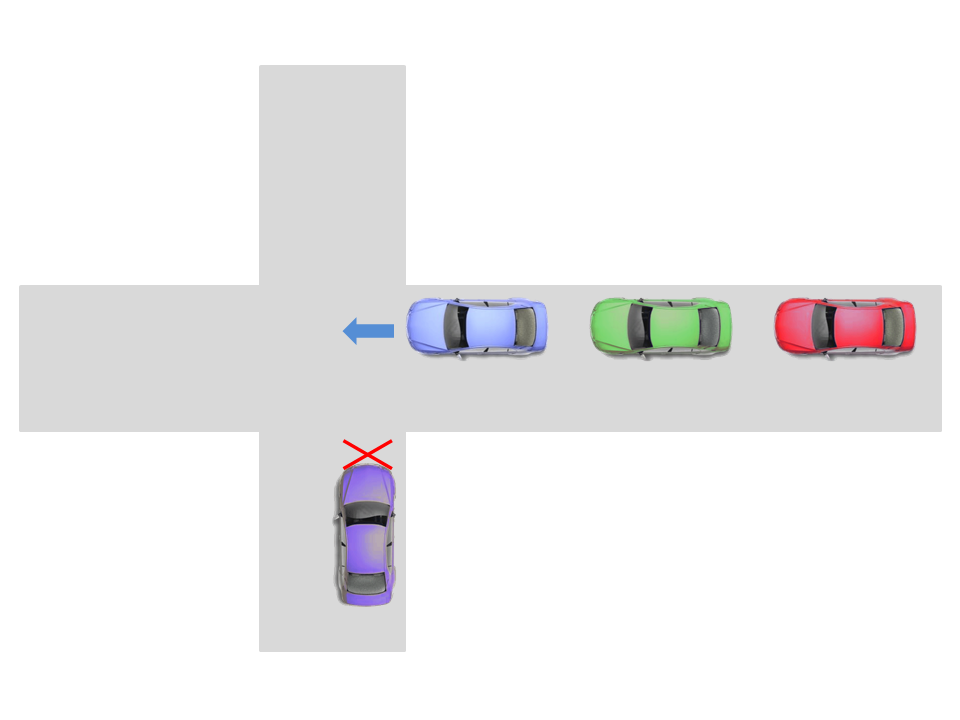 Figure 4: OK—now this is just ridiculous

Germans can be reasonable people. To help drivers out, there is a often a right-of-way sign (Vorfahrtschild) on the “through” street. The other street will typically have a corresponding yield sign.

You would think that you would always see this sign just ahead of the intersection, and you would be wrong, because Germans also do things their own way. Sometimes it comes after the intersection, presumably because that’s when speeding Germans will actually see the sign.

So in Germany, you need permission to have the right-of-way. 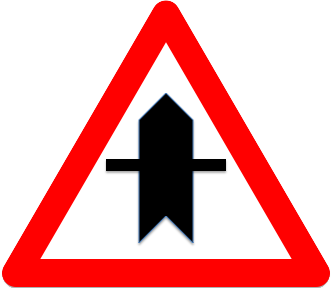 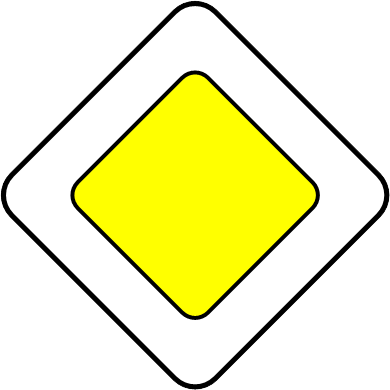 The problem is not when there’s a sign, but when there isn’t one. In urban streets, sometimes it’s hard to tell the difference between a street and a driveway.

So while you’re driving down a narrow street trying to avoid pedestrians, bicyclists, and parked cars, you also have to watch for cars coming from behind buildings who have the right-of-way.

The first two examples I have below are on the main road of a small town, so it would generally have the right-of-way. The third is inside a bigger town, and that last one is random. 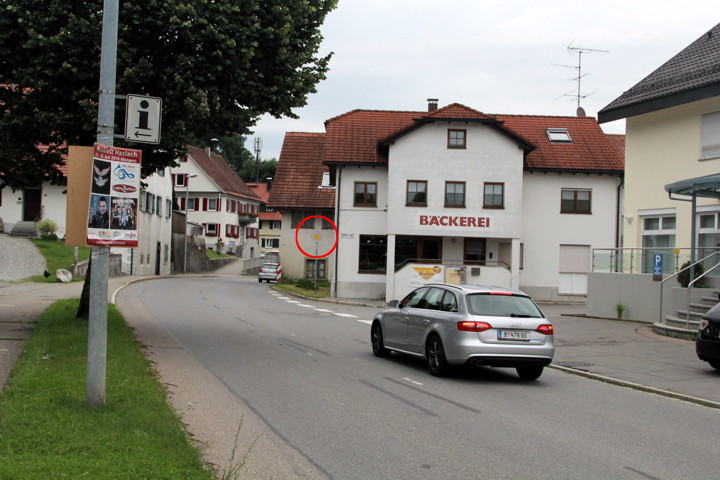 Sometimes it’s after the road. 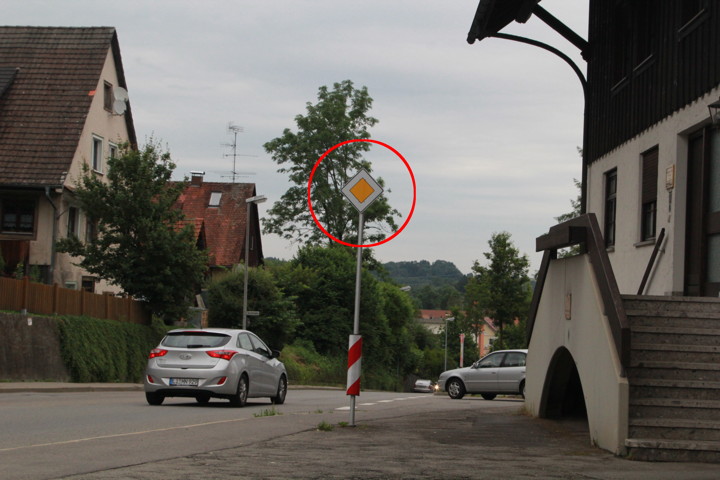 Sometimes it’s before the road. 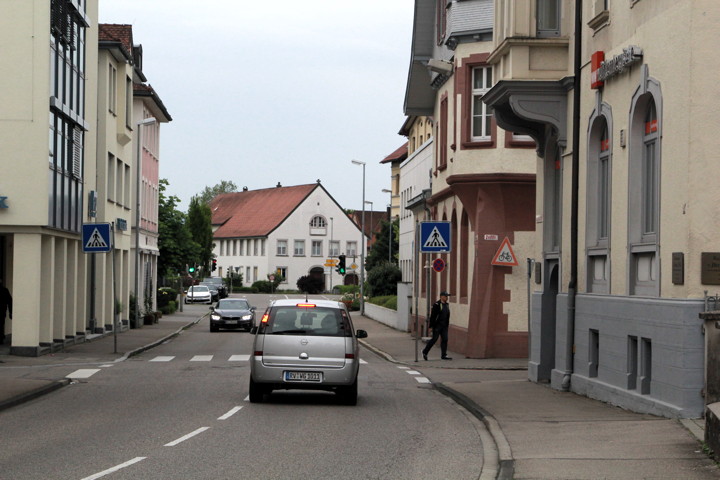 No sign. That means no right-of-way.
This car slowed down for the pedestrian, not the road. 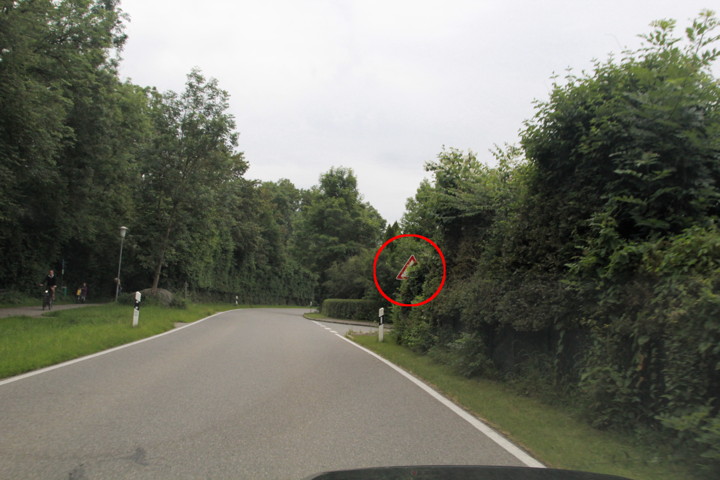 This partially hidden sign looks like a warning sign, but it’s upside down so it’s obviously not.
No ambiguity here. In the town where I took this picture, many right-of-way signs were obscured.

The first time I lived in Germany, I never knew about this law in the entire 18 months I lived there. To me, it just seemed like people would randomly give me the right-of-way in cases I wasn’t expecting. Luckily I never caused an accident, although I’m sure I ticked off a lot of drivers.

So there’s a good chance that an American driver here would not immediately die because of this law. An American driver will most likely die trying to drive too fast on the autobahn or the Nürburgring, which is as it should be. 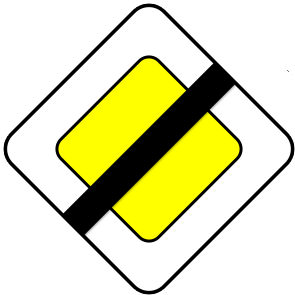 I don’t even know what this is. A sign in mourning?