So there I was, driving down to my local Target store. It has two entrances from the road, the main entrance, and the driveway in the back of the store. When I’m coming from the my house, I normally take the back entrance, as it’s closer than the more commonly used main one, and I don’t have to contend with the traffic in the front of the store.

As I turned on my blinker to go into the back driveway, I am watching the minivan behind me. I slow down gradually and notice that the minivan isn’t slowing at all. At the last minute (second, actually), it slams on its brakes and avoids plowing into my back end. As I pull into the driveway, I notice the driver gesticulating wildly in my direction.

Let’s recap, shall we? I entered Target through an uncommon entrance. I signaled clearly ahead of my turn, and braked gradually. So it is obviously my fault for signaling my turn and not going to the main entrance that this driver almost slammed into the back of my car.

Which brings me to the essence of this website: why are drivers such idiots?!

Now, I’m not a psychologist, but I can apparently play one on the internet.

This driver is obviously directing her inattentiveness and lack of clue-tivity (technical psychologist term) at me for exposing her aforementioned cluelessness. A “slap upside the head” is usually prescribed in such cases. 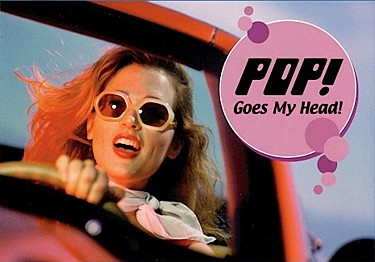