There are some perks working in the auto industry. As a lowly, peon engineer I don’t get too many. However, once in a while, I get a golden ticket— an industry preview ticket for the auto show.

So what is the advantage of a golden ticket? I get to see the auto show a week before the unwashed masses put their finger prints all over the cars, and I don’t have to wear a black tie (which I don’t own). If I go next week, then I become the unwashed mass.

Unfortunately, this doesn’t solve the problem of the Detroit auto show for me. It’s not so exciting for me anymore. Maybe it’s me, maybe it’s the economy, or maybe there just aren’t many exciting cars out there anymore. And checking as I do every year, I couldn’t find any that flies.

This year, as with last year, Porsche, Nissan and Mitsubishi didn’t show up at the Detroit auto show. Ferrari wasn’t here last year, either, but Fiat put a couple of random Ferraris in the Chrysler area, which barely got noticed. I was hoping they would have the new 458 Italia, but they didn’t. 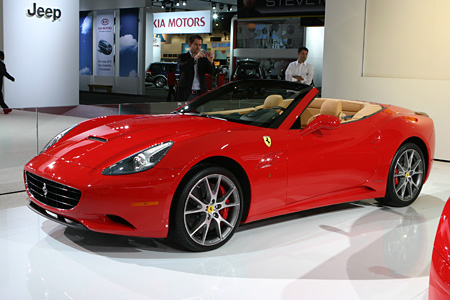 Do not adjust your set. One of the most interesting vehicles I found were a $108,000 Oompa Loompa-sized minivan (Tango) and a Chinese amphibious assault vehicle.

This image has not been photoshopped. 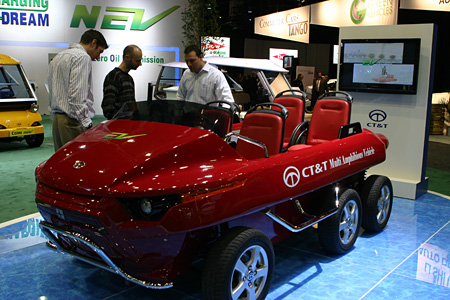 I was also happy to see the 5.0 return to the Mustang (with 412 horses!). I liked the M&M blue and yellow(ish) colors they introduced for the new Mustangs, although I wouldn’t buy either color myself. I think of the three current American pony cars (Mustang, Camaro, Challenger), I like the Mustang the best. And I usually tend towards GM products. 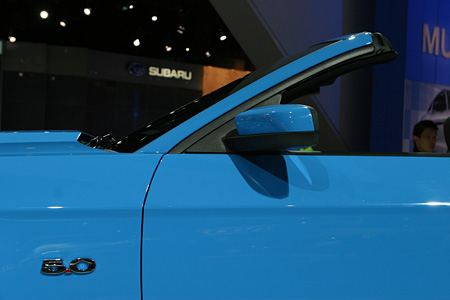 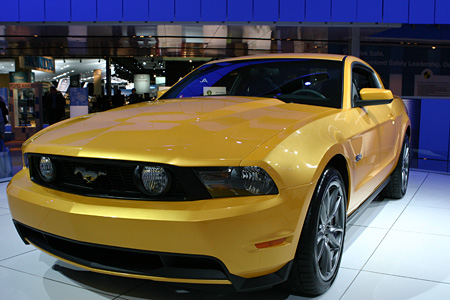 This auto show was really about the electric vehicle. They have Electric Avenue upstairs with numerous electric vehicles, and they have a small quarter-mile track downstairs where one can drive and electric, hybrid, or fuel cell vehicle amongst the trees and mulch they put down there. One of the most talked about electric vehicle is the plug-in hybrid Chevrolet Volt. Here is a picture of it from the show, and the concept from the 2007 auto show. They never quite turn out like the concept, do they? I still like it, but I would have liked the styling of the concept more.

Maybe with the appropriate beer goggles, I would be able to see the resemblance. 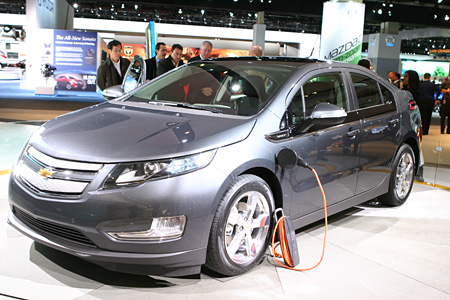 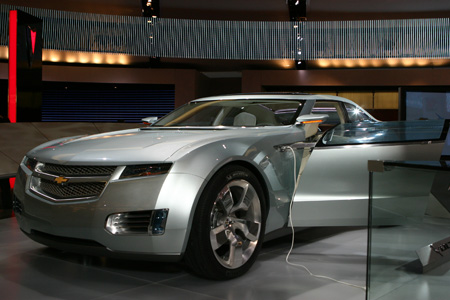 The last photo I have is this Mercedes-Benz SLS AMG gullwing, which I had high hopes for, until I saw the back end. Luckily, you don’t see the back end of the car when you’re driving it. And you’ll need all 563 hp to keep others from getting a good look at the back. 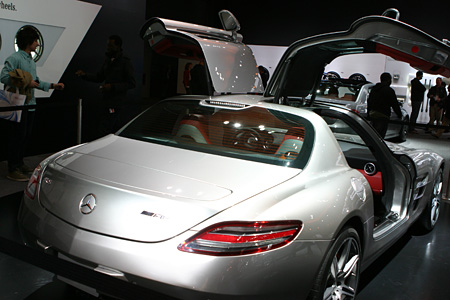