The world certainly doesn’t seem well, but my little part of it got significantly better last night. I was finally able to drive my car in Germany. Yesterday, after weeks of trying, I got the person helping me to understand what I needed for insurance. So as soon as I got home, I gassed up the car.

That will be my first car problem here. It cost me 67.98€ for 13 gallons of sweet, sweet, unleaded premium. That’s $76.86 in real money, according to Google. It would have cost me less than half of that in Michigan right now. If I combine the current tune of my engine with the autobahn, I will paying a lot for gas in the next two years. (I will probably get around 15 mpg. If I’m lucky.)

The next hurdle will be getting it approved by TÜV, the organization that decides if your car is safe enough for Germany. I need to get a few modifications done before I can go to them.

But for now I’m happy.

The car had actually been sitting in the garage for the last three weeks. It arrived with the rest of my furniture one snowy February day, the only day it snowed that week.

After I heard that, I made my peace with the Subaru gods and decided to let the pieces, or car, fall where they may.

“The function of prayer is not to influence God, but rather to change the nature of the one who prays.”
—Soren Kierkegaard

But just in case, I took a video to reverse jinx it (and I’m not going to post it lest I tempt fate). 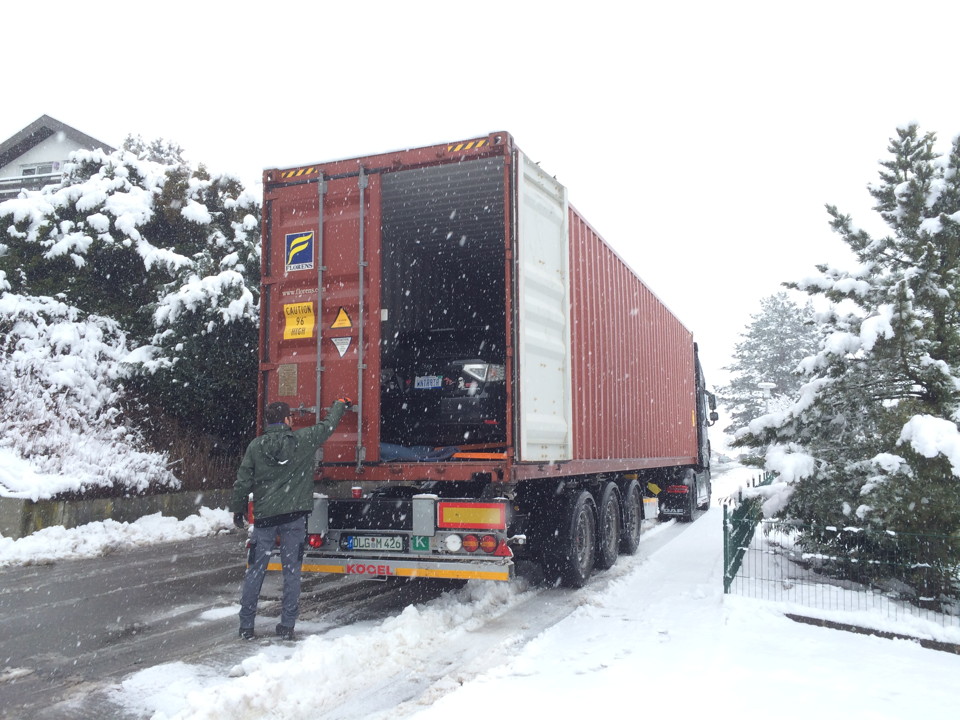 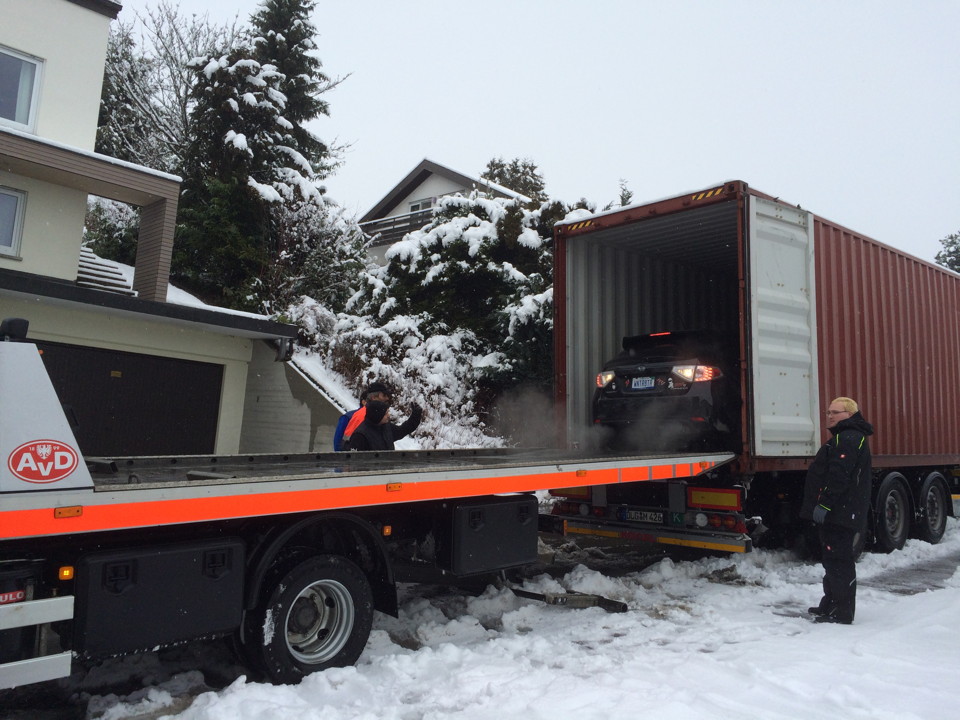 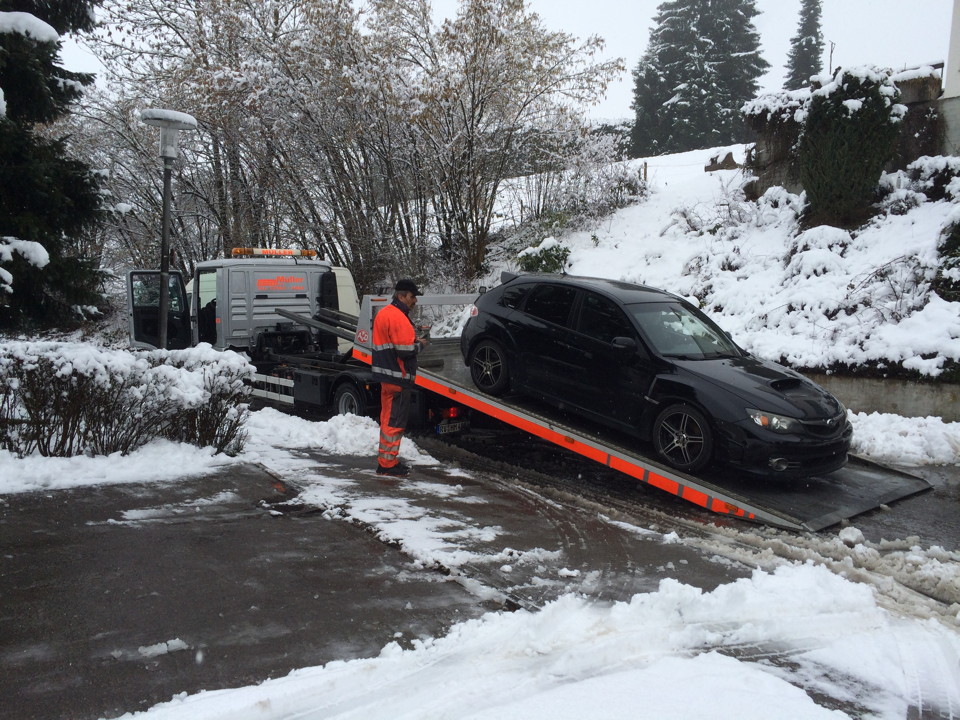 Fortunately, except for a slight scrape on its chin, the Subaru was unloaded intact after 4,300 miles and 80 days of not being driven.

How NOT To Do It