I’m one of those people that can’t drive without music playing in the car. It’s an intrinsic part of the driving experience for me. If my radio is off while I’m driving, it’s probably because I’m listening to a strange sound my car is making, or I’m looking for an address. And now that I’ve upgraded the radios in my cars, I listen almost exclusively to whatever is on my iPod.

I used to lovingly craft tape mixes before any road trip. I’m not sure why I did, though. I didn’t have a lot of music at the time, so the tapes tended to have the same songs, just in different order. I liked the old tapes because they could hold 90 minutes of music. When I switched to CDs, I was limited to about an hour. Today an MP3 CD, which many car radios can play, will hold over a hundred songs for hours of music. And of course, there’s the 600-pound gorilla of mixes: the iPod.

I have a 160GB classic iPod and a video iPod that I upgraded to 240GB. I have one or the other playing in my car when I drive. I’ll say about 98% of the music there are mine, usually ripped from CDs. The rest are off-site backups that I’m just holding for other people. I don’t have every song on a CD transferred to the iPod, usually just what I would actually listen to. This works out to be about 5,500 tracks, less than half of what’s on the CDs.

Sing, sing a song
Sing out loud
Sing out strong
Sing of good things not bad
Sing of happy not sad
–Karen Carpenter

You would think that with a large library, the chances of someone hearing a song that makes them say, “That’s a cool song. I haven’t heard that in a while,” would be good. Instead, I get a lot of, “what is this crap we’re listening to?”

As someone who loves numbers and especially statistics, I find that utterly fascinating. I could be driving with someone who hates country songs, and of course some country song will come on, usually exactly the singer that makes this person hate country. Same with rock—it’ll probably be an AC/DC song.

I could be driving with my mom and Nine Inch Nail’s “Closer to God” will start playing (“he wants to ‘what’ her like an animal?”). My co-workers and I will be going to lunch and I’ll get, “is that a show tune?” Yes, the rain in Spain stays mainly on the plain.

I have a friend who is an opera singer. Inevitably a Bob Dylan song will come up when she’s with me. His voice apparently makes her ears bleed. Literally, I think.

I’m not going to apologize for my taste in music, but I will apologize for the bleeding ears. I happen to like a lot of music. If I listen to something long enough, I may eventually like it. A lot of times, it’s even ironic, like Kylie Minogue’s song, “Can’t Get You Out Of My Head,” which I kept hearing until I couldn’t get it out of my head. Actually, that’s not irony, it’s a self-fulling prophecy.

Most of my music is from the 1970s and 1980s. I stopped listening to local radio stations regularly in the late 1990s. Since I don’t listen to radio stations, that means I generally have no idea what’s going on in music. I get have to get my music information from other sources.

For example, according to most social networks on the interwebs, I’m supposed to hate Nickelback for some reason. Since I don’t know Nickelback, I will probably hear one of their songs, like it without realizing it’s them, and as a result become tragically unhip. That’s just what I do.

When I lived in Germany, I had access to a lot of music from other countries, like France, Spain, Italy, Romania, Russia, and of course, Germany. I can’t speak all of these languages (or any, actually), but that doesn’t keep me from enjoying the music of these artists.

One such artist is the Russian group т.А.Т.у. (or in English, t.A.T.u.). I’m sure I like them because they channel the existential spirit of Dostoevsky, and not because they’re two hot Russian babes. 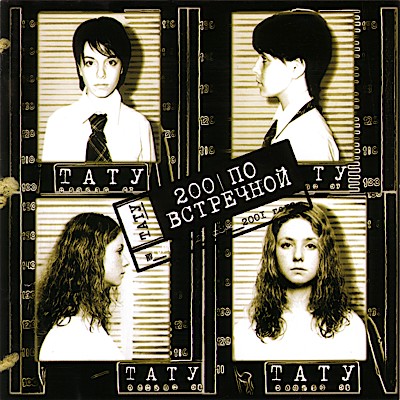 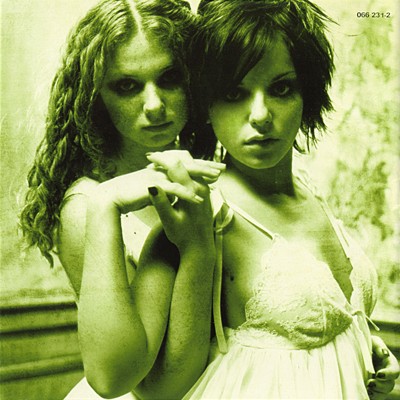 Definitely not the Brothers Karamazov

In the end, it probably doesn’t matter where the music comes from, I will probably like it. The tough decision for me would be a variation on the desert island album concept (if you were stuck on a desert island, what 10 albums would you have with you?).

If you were on a road trip and only had an iPod shuffle, what songs would you put on your 1Gb iPod?