GM Has a New Sheriff in Town 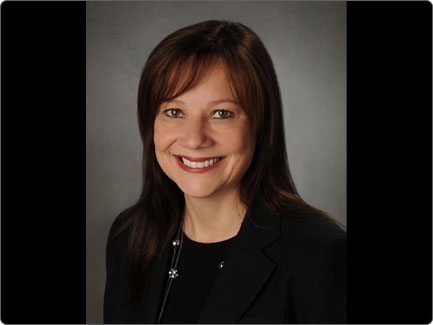 As I was writing this blog, I went to check if there is a feminine for “sheriff.” Fortunately, I did not find one in English, as it should be. There’s no feminine version of CEO either. It’s just the person in charge of the company. With that said, Mary Barra will be the first female to lead GM since its founding in 1908.

What may be more important is how she will guide GM going forward. She has worked for the company since 1980, starting off as a co-op student for Pontiac Motor Division. One concern I’ve read so far questions the value of having a GM “lifer” lead the company, since she’s part of the management that caused its problems.

I think that’s a good point. There’s already precedence for that. Alan Mulally came from Boeing to take over as CEO of Ford Motor Company in 2001, where he’s been ever since. He was in charge when Ford mortgaged everything and secured loans that helped it through the Great Recession. Ford was the only one of the Big Three (including GM, Chrysler) not to file for bankruptcy.

Although the CEOs lead companies, products are made by lowly engineers like myself. I think most companies are screwed up to some extent, and it’s only through the abilities of engineers that products are made. Managers aren’t on computers laying out circuit boards, or designing multilink suspensions on sports cars. Those are done by engineers (except me, of course—too busy blogging).

“Our chief want is someone who will inspire us to be what we know we could be.”
—Ralph Waldo Emerson

Managers decide what gets priority, where resource should go. If your favorite car (e.g., 2008 Subaru STI) doesn’t have heated seats, it’s not because engineers couldn’t design it in, it’s because management decided drivers living in wintery places like Michigan don’t need warm butts.

Most companies tend to fall someplace on this spectrum.

I meet a lot of good engineers at GM. I think they’re capable of building great cars if they’re allowed to. That’s where I hope Ms. Barra will succeed. She has an engineering background, graduating from my alma mater, General Motors Institute. (It was called GMI Engineering and Management Institute when I attended, and it is called Kettering University today.) We may have attended school at the same time, as she’s just a few years older than I am. (She was probably studying, and I was probably… not.) I’m hoping she values the work of the engineer, being an engineer once herself.

In one article I read, she’s a Camaro fan. She’s also owned a Chevrolet Chevette and a Pontiac Fiero. I’m not sure what to make of that yet. One of the biggest car nuts I’ve known drove a tricked-out Chevette. And her Fiero was a manual transmission. Most drivers today have probably never driven a manual transmission, but that’s another rant.

She also says that she likes the new Cadillac CTS and Chevrolet Corvette. Those are both good cars. And for me that’s the most important thing—making good products. She’s currently the Senior Vice President for Global Product Development. If she had an active hand[1] in the development of those vehicles, then I think GM is in good hands.

I have two final points. First, my thoughts go out to Mr. Akerson and his wife. His wife has been diagnosed with an advanced stage of cancer. Second, I would like to invoke the “get a wish granted by a new CEO” tradition for Ms. Barra and wish for more manual transmissions in GM cars, especially for all-wheel-drive vehicles.

“If your actions create a legacy that inspires others to dream more, learn more, do more and become more, then, you are an excellent leader.”
—Dolly Parton

Crankiness Rating: 1 out 11 (I wanted to take GM over from Roger B. Smith after graduation, but that apparently required “hard work” and “ability” or such nonsense. Glad to know Ms. Barra has heard of them.)

[1] By “active” I mean she allowed the engineers to do their job. Disclaimer: I’m biased towards engineers.↩