…a traffic jam by any other name would smell just like gas fumes, too.

But if I had to sit in my car in a traffic jam, it might as well be a giant party like the Woodward Dream Cruise. I went with my family this year to show a German friend American’s crazy love affair over automobiles. (Germans, who technically invented the gas-powered automobile and motorcycle, love their cars and bikes as well.)

“Let a man find himself, in distinction from others, on top of two wheels with a chain—at least in a poor country like Russia—and his vanity begins to swell out like his tires. In America it takes an automobile to produce this effect.”
–Leon Trotsky

The Woodward Dream Cruise is held on the third Saturday of August each year along Woodward Avenue, going through different cities. People set up their pop-up tents and seats along the road to watch cars parade by. Most of the cars are muscle cars from the 1960s and 1970s, but you can expect almost any car to drive by.

Companies and businesses along the route set up private and public parties, car shows, and general fun-ness for the spectators. For example, we took our kids to the Family Fun Zone sponsored by Kroger and local oldies station WOMC. They had drinks and snacks, bounce houses, face painting, Hot Wheels play area, and live concerts all for free.

“When Solomon said there was a time and a place for everything he had not encountered the problem of parking his automobile.”
–Bob Edwards

Along the side walk are mini car shows everywhere. Here you can see the cars up close and in detail. You get the sense that each car is really a labor of love. Or dementia (it’s sometimes hard to separate the two). And time. And money. It’s not hard to find a customized 1966 Pontiac GTO with an engine bay cleaner than my interior and an engine block painted to match the car. Or rare Corvettes. Or cool diecast cars. Or things that are beyond description.

I grew up with a lot of these old cars around me. The difference is that when I was younger, these same cars where pieces of sheet metal covered in Bondo® and gray primer and didn’t run. I’ve never seen any of these cars in the mint or restored conditions you see cruising the street today.

The main show is on the street, of course, as cars parade by spectators. If you like cars, you have to experience the Dream Cruise. Come by and soak up the atmosphere and car fumes. (The fumes from this single day will easily exceed the combined emissions of all cars manufactured world-wide in 2012—Made Up EMan Fact That May Actually Be True™). 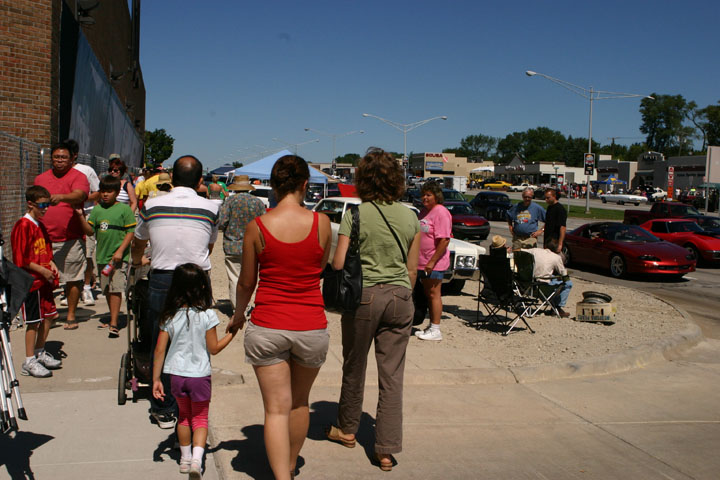 The sidewalks were as crowded as the street 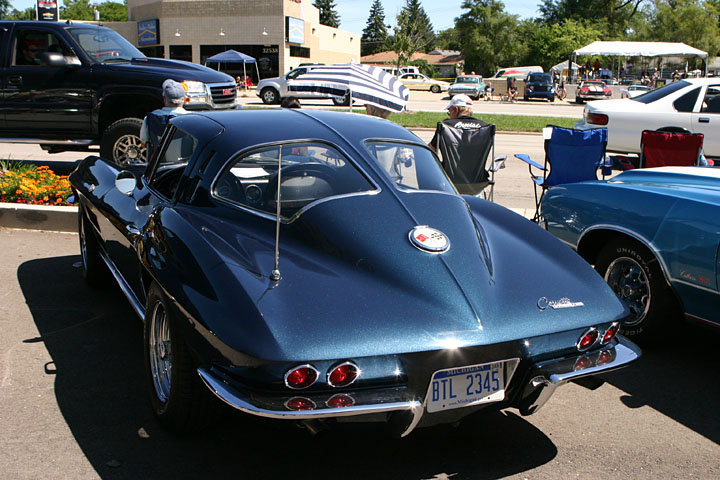 His and Hers windows 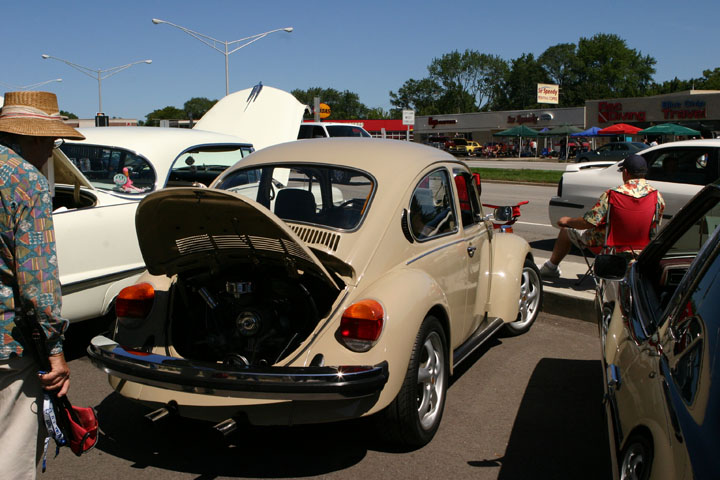 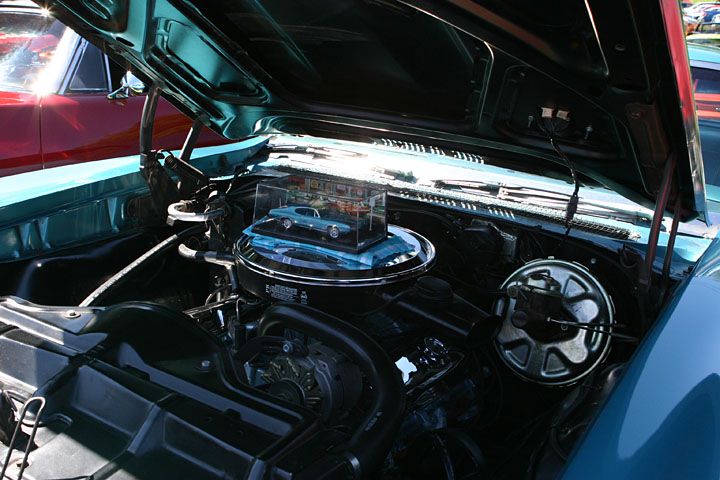 I’m jealous that he/she has a matching 1/18 scale diecast model of his/her car. 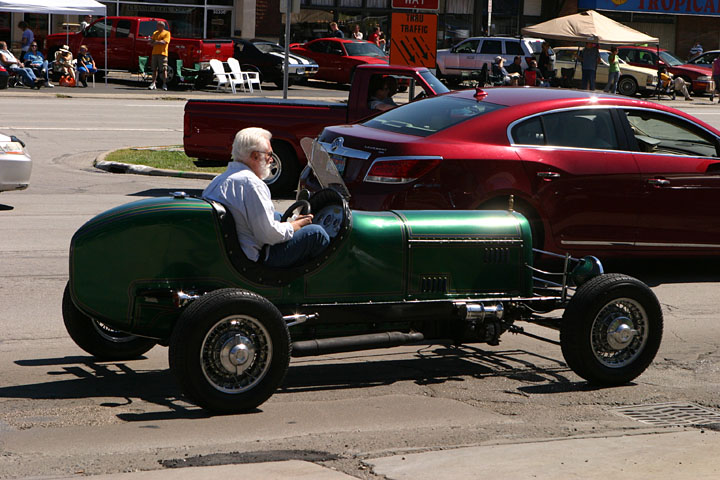 This could be a fun daily driver. 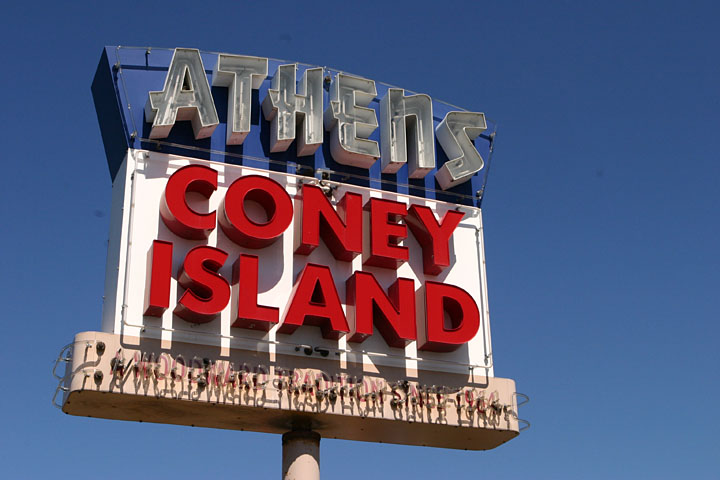 Detroit—home of the Coney Dog (probably no relation to skyporn) 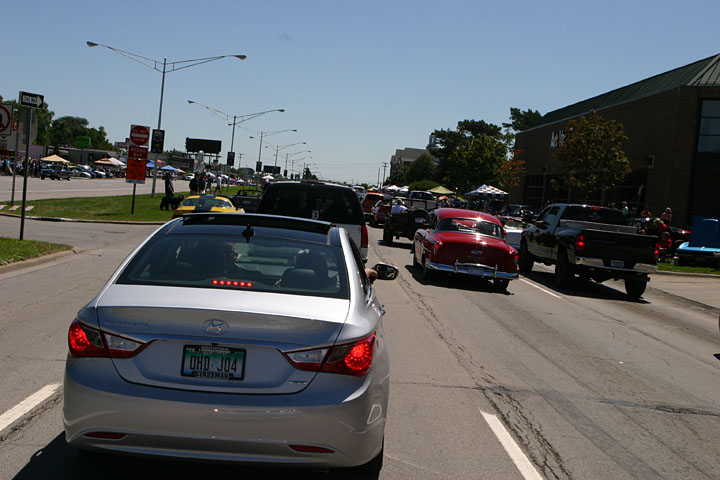 Crankiness Rating: 3 out 11 (Great event, even if I hate traffic and looking for parking spaces. And lots of people—I hate them, too.)