I attended my sports car club meeting last night for the first time in about 10 years. It’s a typical sports car club meeting, one where we men think we’re race car drivers and the women indulge us and drink wine. There are a few actual racers in the club, and more than a few fast drivers, and a lot of just old guys like me from the Walter Mitty School of Performance Driving.

After the meeting, a friend showed me pictures she took of the Sno*Drift Rally held last weekend in Atlanta, MI. I’ve wanted to go there and take pictures the last two years, ever since I picked up my Subaru. Unfortunately, I haven’t made it out there because I hate being out in the cold and ice and snow, and I can have a hard time convincing wife+kid(s) to come with me. And because I’m lame.

The pictures were great. All she was missing was the flying rally car. Her husband also took some videos with his digital camera. After watching some cars try to make a 90 degree turn going downhill on glare ice, it still amazes me that physics seem to always win against man and machine. Physics must be taking steroids. 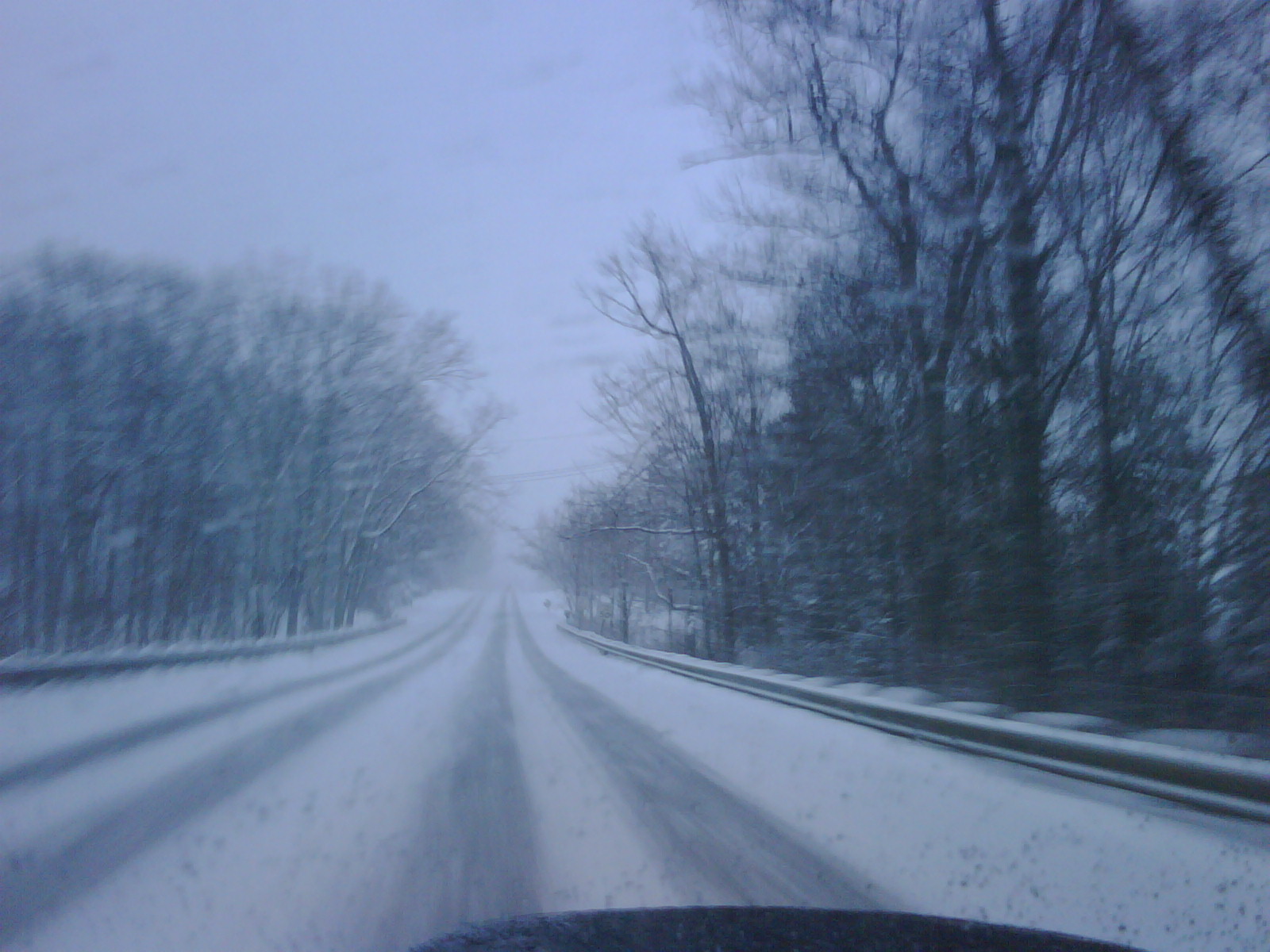 My car was covered with snow as I left the restaurant after our meeting. It had been snowing most of the day, but just enough to cover the roads. As the xenon headlights tried to pierce the black and snow of back roads, I hit the home button on my navigation screen.

…EMan heard his navigator’s instructions and floored the accelerator. It was the last stage of the rally, and he was just seconds behind the lead. If he could just make this turn perfectly, he knew he had a chance…

“Go that way really fast. If something gets in your way, turn.”
—Monique Junot