Sometimes I have too much time on my hands. This can be easily achieved by neglecting things like eating, sleeping and family. Generally this means I’m obsessing over something trivial. Such was the case last year when I virtually re-lived a vacation I took 15 years ago, thanks to Google.

(It goes without saying that Google is amazing. This company, which does no evil, benevolently gives us free technology like maps, e-mail, and phone numbers, and asks nothing in return except for intimate details of our internet life. Google is the internet equivalent of V, and I for one bow down to our reptilian overlords. And yes, I have Google stock.)

I started geotagging photographs a couple of years ago, to the annoyance of my wife, when Apple introduced this feature in their iPhoto software. Geotagging involves adding GPS information to your photos, either when the photo is taken, or afterwards in post-processing. I use the latter method, because my wife gets to the UPS packages on our porch before I do.

My poor wife started getting requests from me like, “Schatz, what was the name and address of that bed & breakfast we stayed in for a night while we were in Provence eight years ago?” Then I would follow that up with information from my driving log. “It was 53.3 miles from that gas station where we filled up before Avignon.” She would look at me, narrow her eyes a bit, decide it’s not worth it to melt my brains with her feminine powers, and return to whatever she was doing.

So I started using Google Maps and Google Earth instead.

In 1995, I drove my 944 Turbo from Detroit to Edmonton (and back, of course) for my sister’s wedding. Over the course of 5600 miles and 9 days, one tends to take a lot of random photos. And I did. It was my goal to geotag those random pictures.

I used Google Maps to follow my routes. When I would find a place where I think I may have taken a picture, I used Google Earth and navigated to the same place. Then I used a program that would take whatever latitude and longitude Google Earth was centered on and add it to my photographs. It’s straightforward, but time intensive.

I take notes on my trips, but usually just whenever I stop, such as for gas or food. Sometimes, though, I drive a few hours between stops, randomly picking roads to drive on. Luckily, Google saved me again. They have a feature on Maps called Street View which displays 360° images of streets around the world. It helps me visually confirm locations. So when I needed a find a road out West, Google had it. They’ve apparently taken street views shots of all the roads in Wyoming. Both of them, I think. Here are a couple of then and now examples: 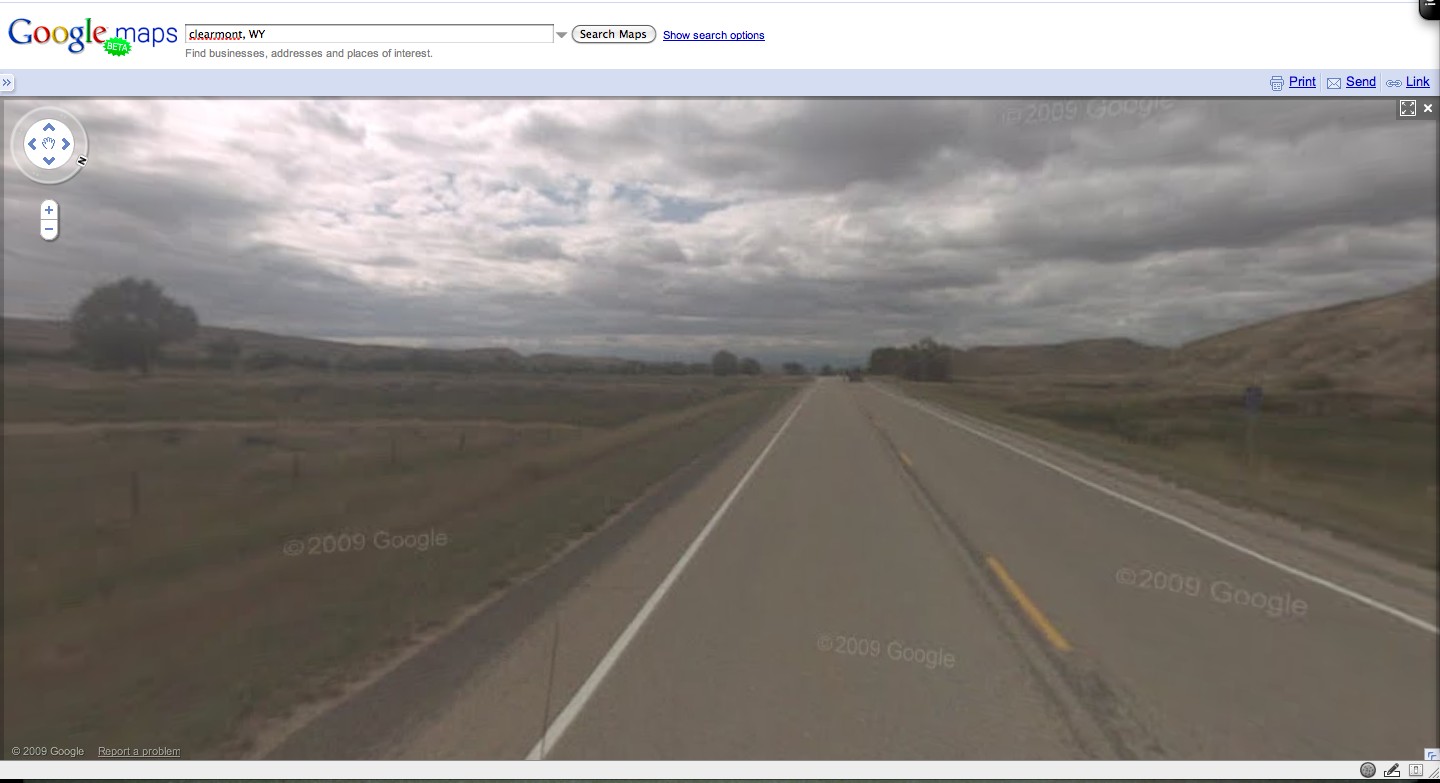 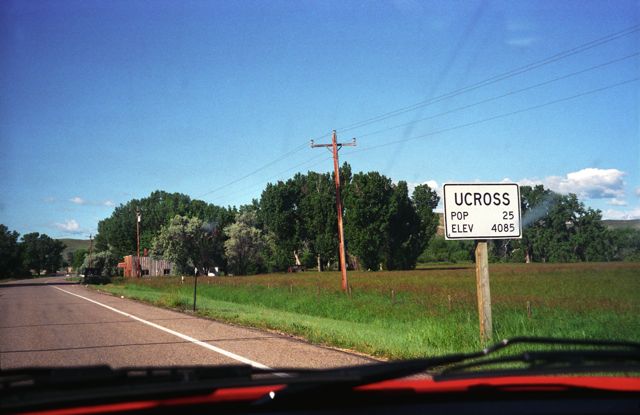 (In just 14 years, global warming apparently turned Wyoming into a cloud-covered, dystopian wasteland, much like in the movie that never existed, Highlander II: The Quickening.)

The Google pictures aren’t high quality, but they’re not bad. They’re good enough for me to tell where I was. Who knows—maybe in a few years, I won’t even have to take my camera with me on vacation. With Street View, satellite images, submitted photos, and who knows what by then, I’ll just check on Google and see what a fun time I had.