I didn’t get a golden ticket this year. I don’t get to hang out with the Veruca Salts and Augustus Gloops of this world. I don’t even get platform shoes, a green wig and sing questionable songs. Instead, I went to the NAIAS at Cobo Hall with the unwashed masses. I may need to shower.

I could have gone to the Porsche hospitality suite on Saturday, but I didn’t make it because of El Maguey’s Revenge. You don’t want to know.

Since I work in the auto industry, I know I probably shouldn’t be too critical of the manufacturers. But I’m also a consumer, and I’m old and cranky, so I just have to give my opinion. Here are my thoughts on the cars of the show.

(As a note, I didn’t take pictures of the product specialists, aka “booth babes.” Or “booth bros.” I blame the Booth Babe. Instead, I listened to them and actually made eye contact. However, I couldn’t avoid noticing boots with the extremely high heels many of them were wearing—possibly on the booth bros as well. I think I’m ready for my first fetish.)

I don’t scour car magazines and auto websites like I used to, so I was surprised at some of the concepts I saw. Some debuted elsewhere, but were nonetheless new to me. My favorite is the Chevrolet Miray concept, at least in looks. It’s a hybrid that doesn’t look like a Prius, always a plus in my book. My sentimental favorite is the Acura NSX Concept. The original was one of my favorite cars, and I love the video of Ayrton Senna and his Magic Loafers driving an NSX around Suzuka. 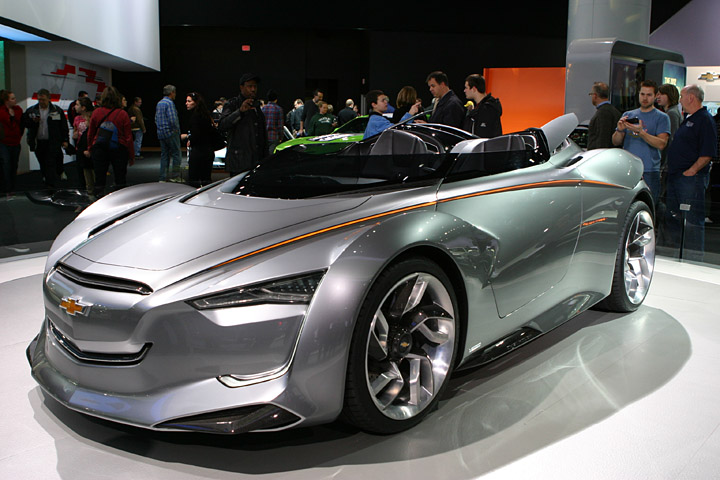 Miray: Your Ray, Our Ray—but only if there’s two of us 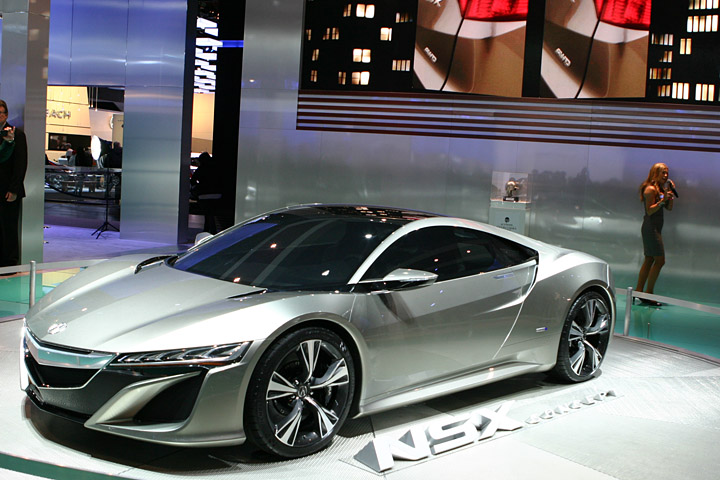 Acura NSX: Sadly, this version does not come with the magic loafers option 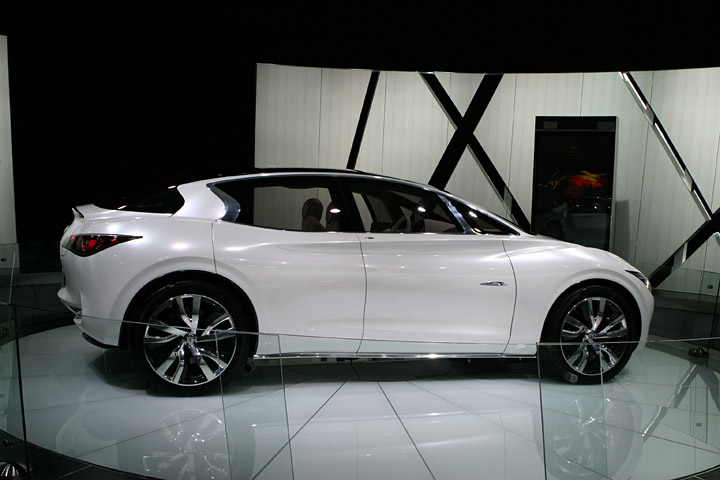 Infiniti: This ugly concept is on a carousel so you can be convinced of its all-around ugliness. But somehow it looks better in pictures than in real life. 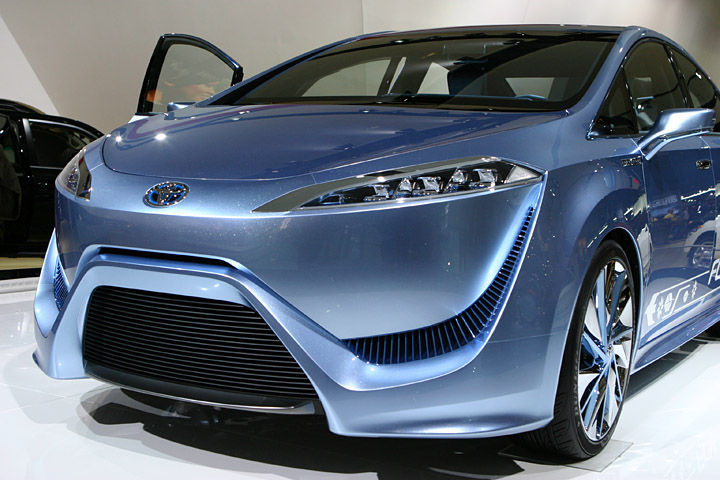 Toyota brought some kind of gilled blue fish to its stand

There were a few new cars that I liked at the show, with a total of two that I can afford, and a total of zero that I’m allowed to buy. I was interested in the Cadillac XTS until I remembered it was actually the Cadillac ATS that interested me. And the CTS-V wagon.

I have a proclivity for hatchbacks, so the Ford Focus ST with a 247 hp engine got my attention as well. 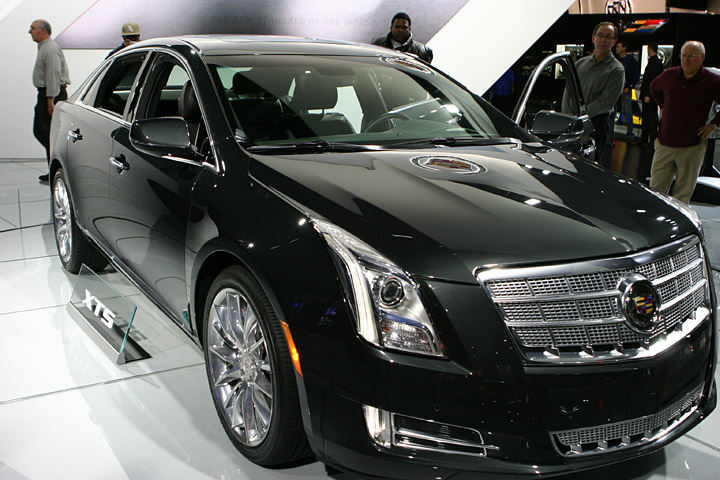 Cadillac XTS: not to be confused with the ATS, which I did 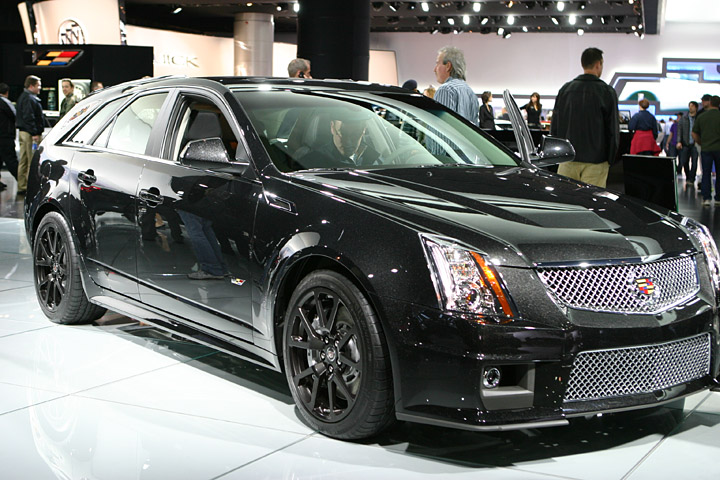 Cadillac CTS-V Wagon: For hauling kids to the bus stop as fast as you can 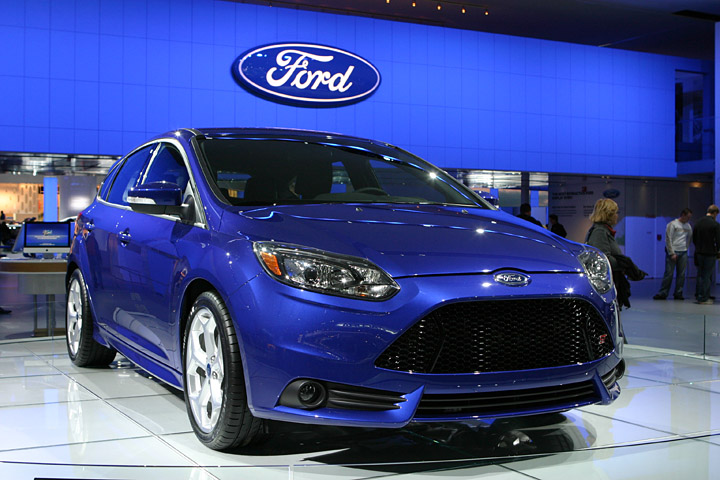 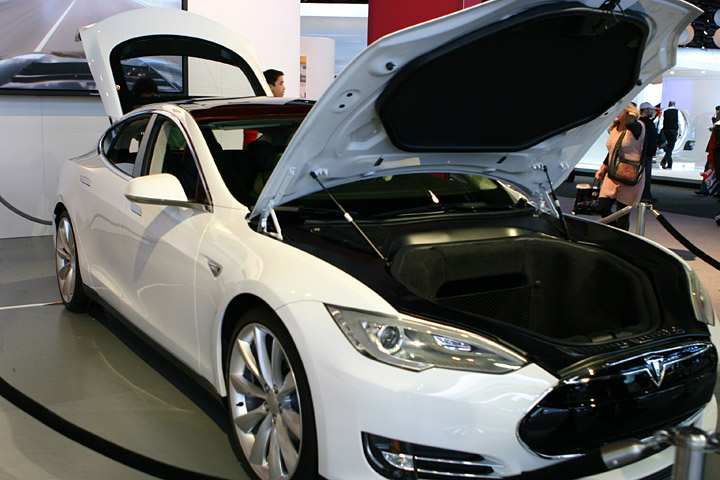 Tesla: I’ve only seen this as a gutted test mule. It actually looks good with an interior. 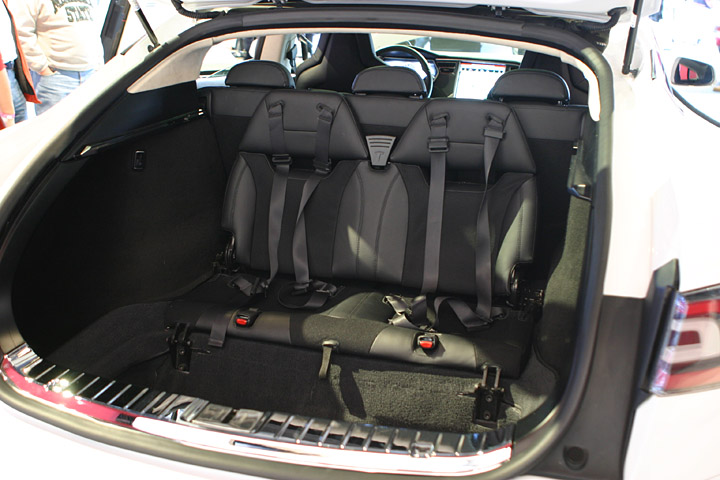 … with jump seats. This solved my hypothetical “third child seat” problem. I love these. 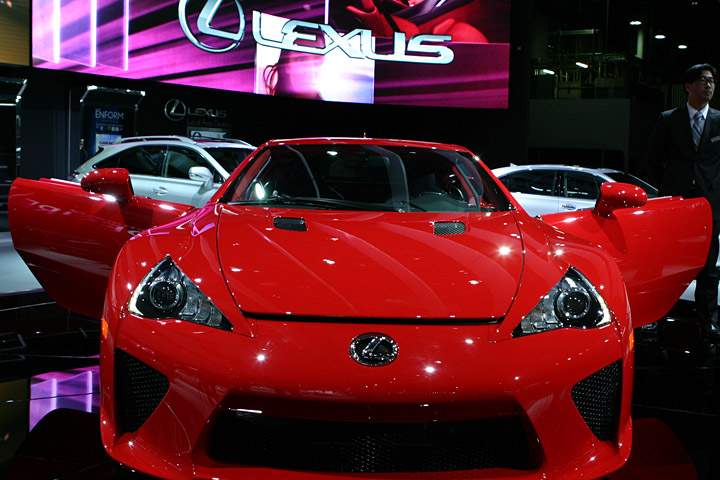 The only car on my must-see list is the Subaru BRZ. A small, light, underpowered car that handles well? Sign me up. While I was trying to soak in the looks (it’s just so-so), I overheard this 20-something guy next to me making up 95% more facts than I typically do about cars, like “it’s called 86 because that’s the height of the engine,” referring presumably to the Toyota GT-86 / Scion FRS version of the car. What does that even mean? Eighty-six what? Inches? Meters? Gigawatts?

After he turned down the brochure from the product specialist, proclaiming he already read it all in the internet, he described how he had lived in Europe for a while, bought an Alfa Romeo there, and drove the Stelvio Pass and Nürburgring. I kept wanting to throw out comments, but luckily I was able to remind myself that I wasn’t in an internet forum. And I also wondered how often I’ve actually been this person. 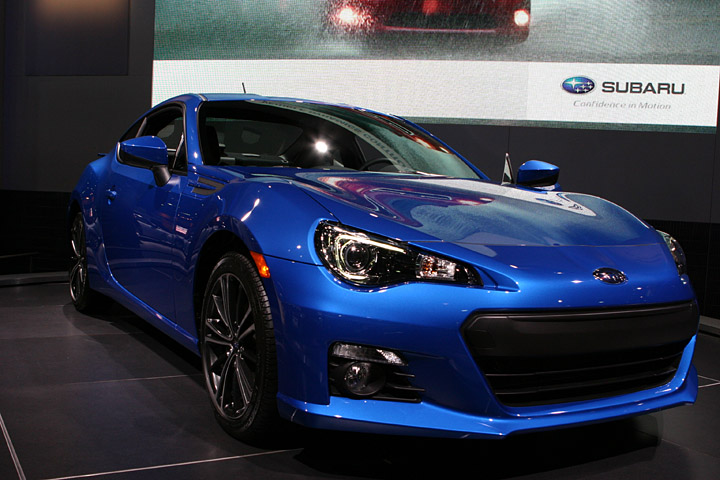 Subaru BRZ: At least it’s smaller than I thought 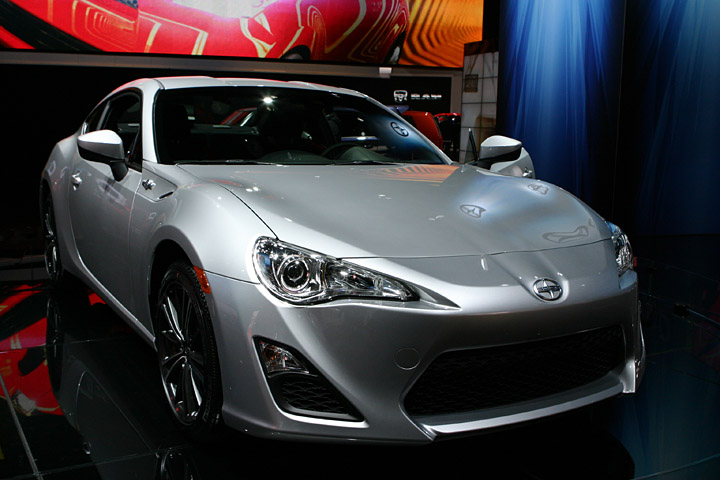 After accepting the fact that I probably wouldn’t be able to get two child seats in the back of the BRZ, I walked away to escape from my eavesdropping and save my brain from exploding.

My other random thoughts on the show: 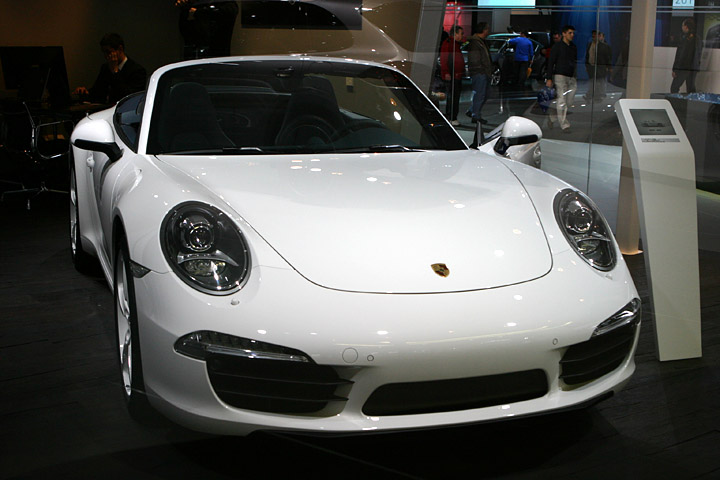 New 911 Convertible: Had I gone to the hospitality suite, I would have been allowed to fondle this new 911 convertible. Instead it stands aloof from me, blocked off, behind glass walls, guarded by invisible but stylish Porsche Ninjas. 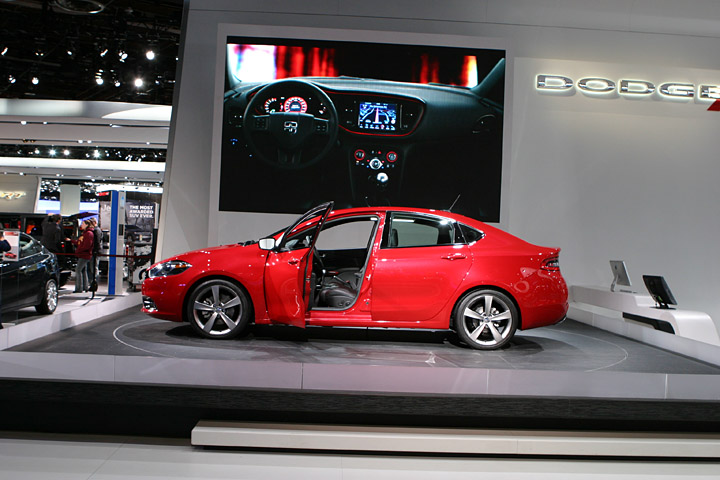 Dodge Dart: This is an ugly car. Shouldn’t this be the Dodge Insipid? I can’t believe this came from Chrysler. What happened to their designers? Did they all leave after Fiat took over? Isn’t this an important segment? I prefer the last incarnation of the Dart over this one. Maybe it’ll grow on me. Like fungus. Hopefully for Chrysler this will have other redeeming qualities, like a good personality. 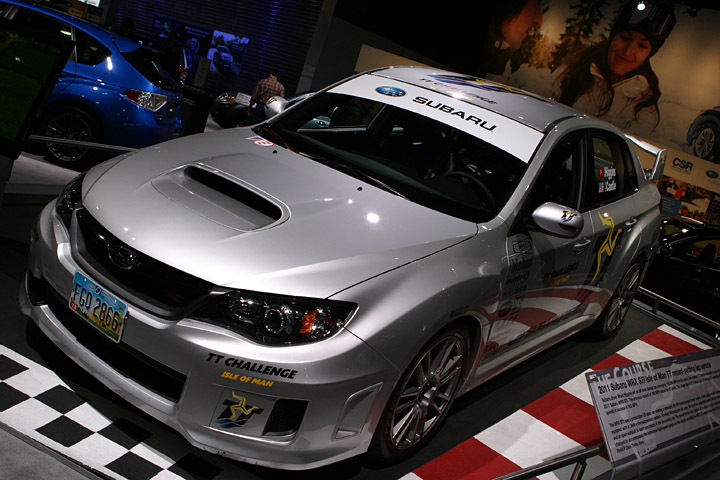 Subaru STI sedan: This set some track record at the Isle of Man even though it almost lost it at 150 mph and has an Ohio license plate. 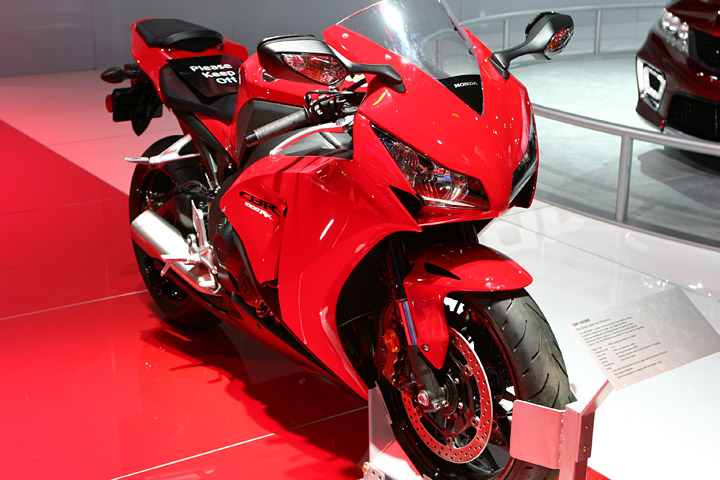 Honda CBR: I love motorcycles, but I can never, ever ride one. Ever. Because if I do, I will twist the throttle too hard, causing the motorcycle to wheelie and flip up in the air, then falling on top of me, crushing me to death in my own driveway. 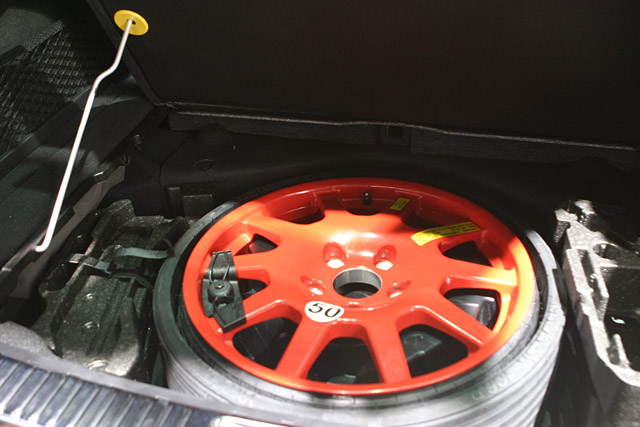 Porsche spare tire: The Cayenne’s spare tire must be be inflated before it can be used, like Porsches of old (e.g., my 944). In its flattened state, it is still bigger than the wheels of three of my cars. 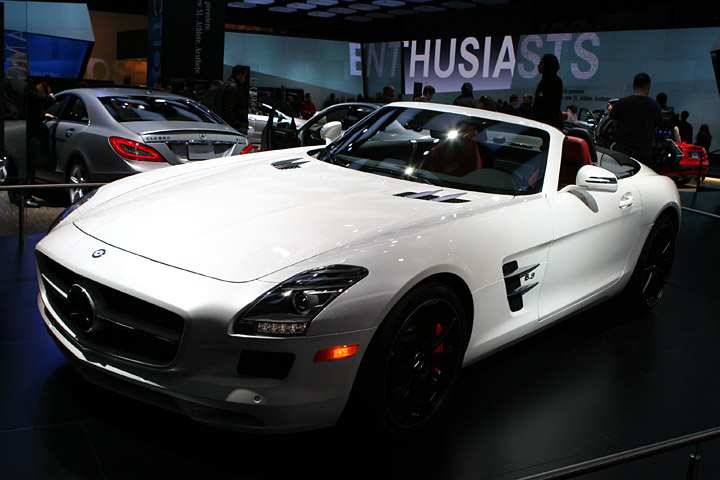 AMG SLS: Also ugly, but doesn’t look too bad from this angle. 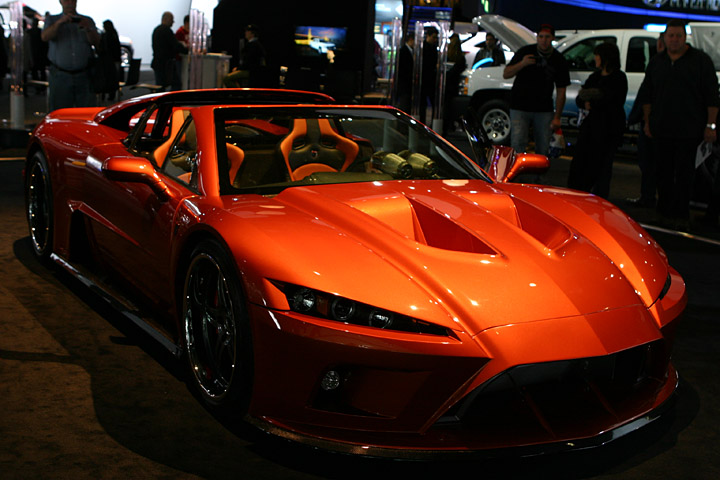 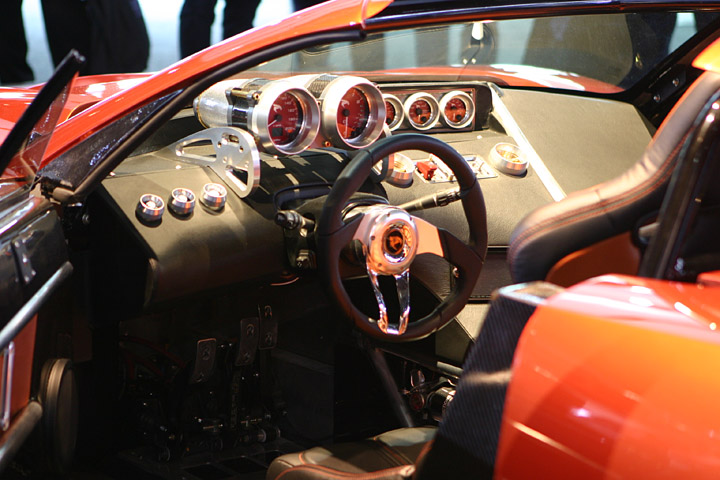 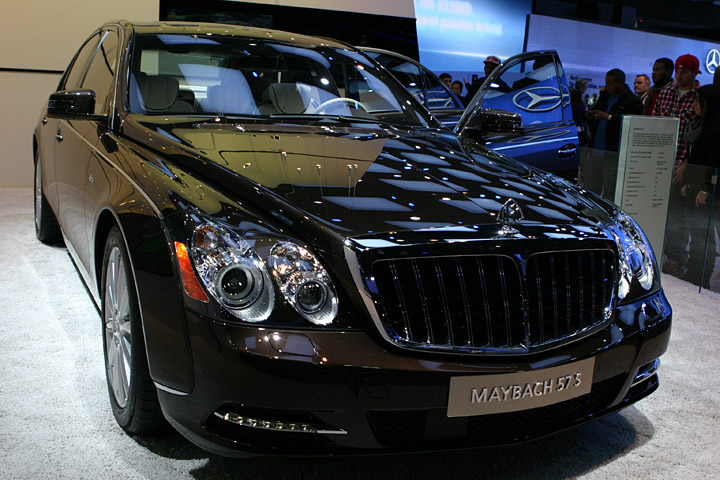 Maybach: This is what an extinct dinosaur looks like. 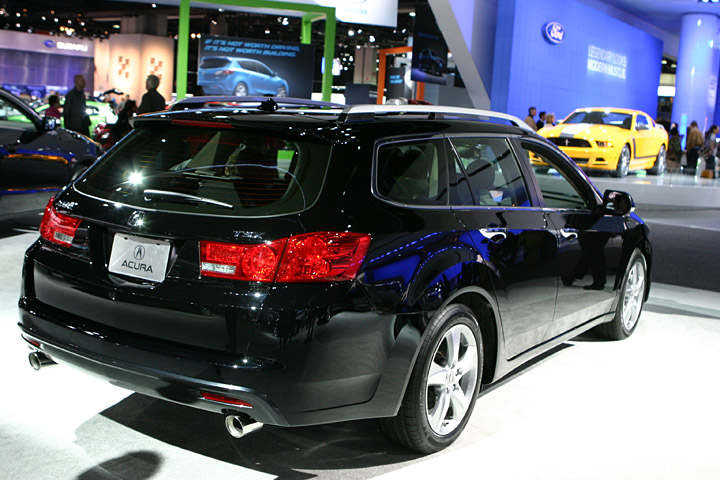 Acura TSX Sport Wagon: Look! A station wagon! With a sporty name! But will it have a sporty transmission? 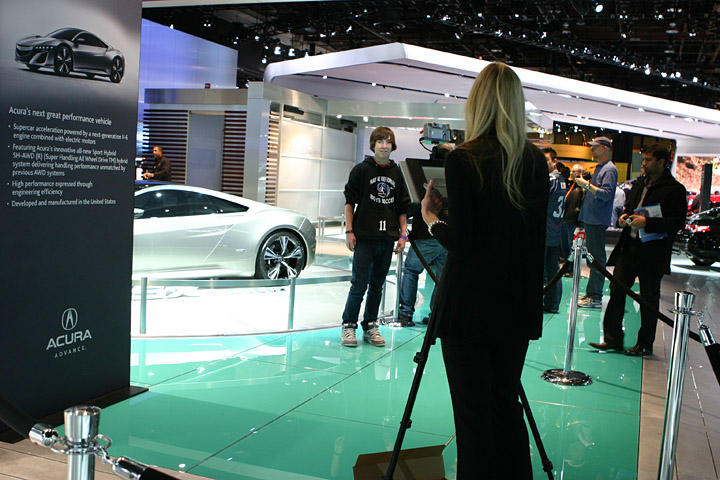 This was a popular gimmick for the auto show—taking audience pictures. Most of the big manufacturers had some kind of photo set up. 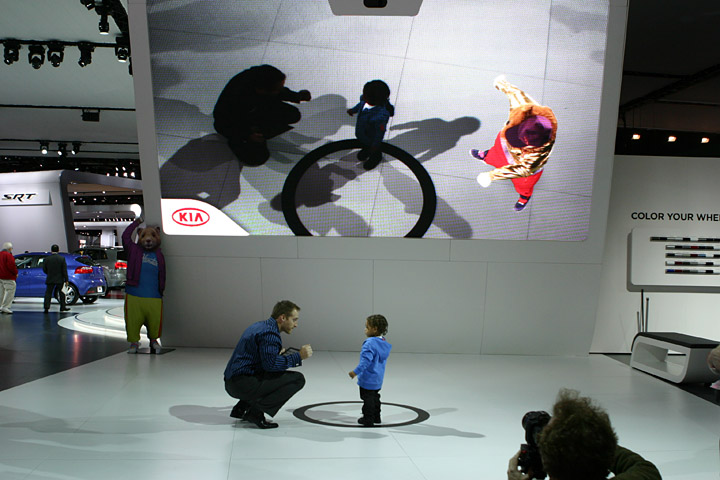 Interactive videos were all the rave, too 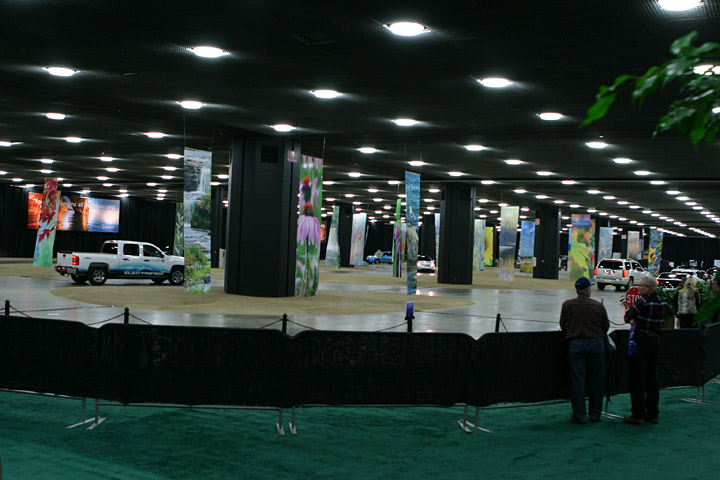 This was sad. I know they’ve done this before, but the basement used to be where all the quirky, wacky manufacturers were located. Now it’s like a sad, silent carnival ride of electric golf carts that even carnies would be ashamed of. 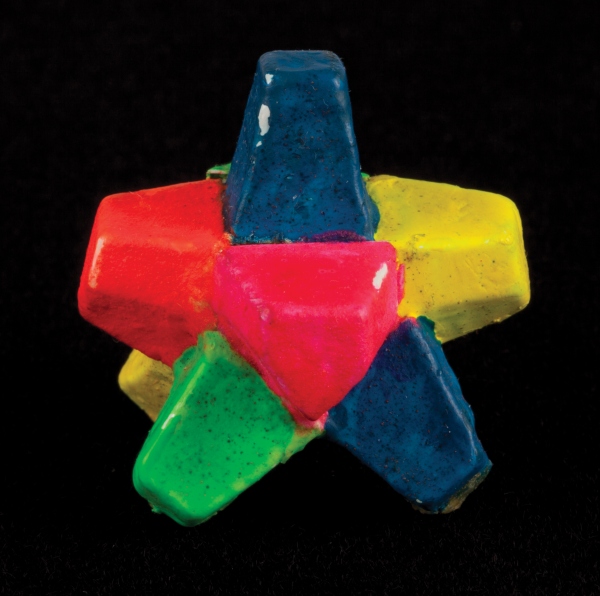 “Candy is dandy but liquor is quicker.”
–Ogden Nash (because he had kids)